Easy Does It: The Seemingly Effortless Rise of American Tennis’s Madison Keys

The Asahi Shimbun via Getty Images 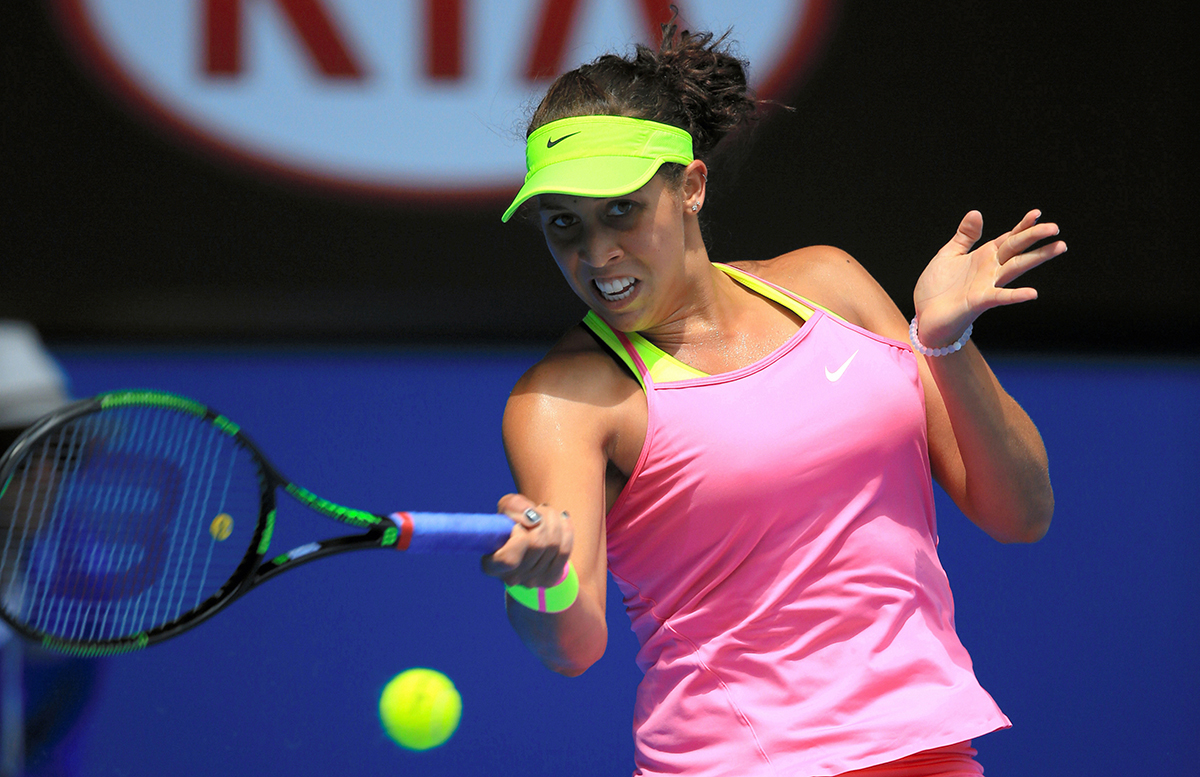 If you’ve heard of Madison Keys, you’ve probably heard the phrase “easy power.” If you’ve seen Madison Keys — and chances are, you’ll have more opportunities in the coming years — you understand why that phrase follows her like a scent, why it seems to describe something that’s just part of her being. You might as well say that she’s from Illinois, or that she’s 19 years old, or that she has a bright, toothy smile. Even when she’s not on the court, even when she’s simply walking, there are hints of that coiled energy. Her languidness is not like other people’s languidness. It suggests something stored, something potential.

Keys takes on Serena Williams today in the semifinals of the Australian Open, after beating Venus yesterday in three nervy sets. To say Keys doesn’t have much of a chance against Serena is overestimating her odds. Part of the way through the second set against Venus, Keys, who had already been struggling with an adductor injury, felt a muscle in her left leg tweak and tighten; after returning to the court with her thigh heavily bandaged, she had trouble moving and trusting her body, especially when planting her leg on the backhand side. She barely beat Venus, who was lethargic and far from her best, and she had to come back from down a break in the third set to do it. There were times when that match was painful to watch, when it seemed like neither player would win — one player would just lose a little less than the other. Keys will now have to play the semis without a day of recovery and rest. As if to put an exclamation point on it, Serena then came out and positively crushed last year’s Australian Open runner-up, Dominika Cibulkova, hitting the level only Serena can. The stats are impressive — she had 31 winners and 15 aces, won 83 percent of her first-serve points, and finished most points with only a couple of shots — but those stats almost undersell what I saw. This was one of those matches during which Serena flipped the switch; she made it seem like everything else was just fooling around.

But there’s something about the way Keys plays that makes me want to watch her now. Today. Not when she has a really good chance to win these matches — though it could come soon enough — but today, because there is something extraordinary, something special, about watching her learn to harness (and harness really is the word) her talent. I saw it in the first set and final few games against Venus, when Keys was able to totally push Venus back and around — the sense of someone who is exploring, testing the boundaries, learning when to pull back and go forward, just discovering how far she can and can’t go.

A few months ago, Keys began working with Lindsay Davenport and Davenport’s husband, trying to learn when to play more conservatively and when to go for the lines. She’s worked hard on her returning — it was on display against Venus’s short second serve, which Keys attacked and went deep or sharply toward the side. She’s tried to play defensive shots more intelligently, hitting basic unattackable rally shots instead of being aggressive with every ball. In Melbourne, she beat the 4-seed, Petra Kvitova — the reigning Wimbledon champion, another player tagged with easy power — partly by helping Kvitova self-destruct. Keys has always known how to hit the hell out of the ball. Learning how to battle through her nerves and vastly improve her point construction is what brought her this far.

Still. You pop the popcorn for the massive serve and for the forehand. Easy power. It’s a funny phrase. You know it when you see it, you think — but it’s very easy to mistake for efficient power or effortless power, which is not quite the same thing. Easy power does not mean easy for her. It describes a different kind of energy state, a way of being. Watch Keys step around a ball inside the baseline and hit her forehand inside out. It’s not like watching Maria Sharapova, or Serena, or Ana Ivanovic, or any of the game’s other big hitters. There is a looseness to it, a liquidity. It is like the power is streaming from her core, through her shoulder, through her wrist, through her racket, through the ball, through the court.

And — this is the reason to watch her today, watch her now — there is an unself-consciousness to it. Not just in her demeanor, though that is winning and sweet and very young, but in the way she hits the ball, even when — as she sometimes was yesterday, and as she probably sometimes will be today  — she looks tight and scared out of her mind. What Keys is doing is natural. It is like seeing a beautiful woman at the moment the light hits her and she begins to smile. That naturalness is joined to something verging and a little awkward. She is coltish; you have the sense that she is yet to grow into her knees.

It’s easy now to call her part of the future of tennis. She has reached a major semifinal before reaching her 20th birthday. But she’s been lucky to avoid that label in the press. She was lucky to be insulated while others received most of the attention. Unlike Sloane Stephens, Keys didn’t have to face reporters like me constantly asking the pressure, the pressure, how do you deal with the pressure; she didn’t have to pose for commercials for American Express; she didn’t have to flash a smile for the cameras and face the critics when she fell. That will start to change. Maybe the pressure will be too much for her. Maybe her body will break down. The only sure thing is that not everyone who is on the cusp will make it to the top.

But that’s not just because of the pressure, the smiles, the critics. Keys put it best herself. “When people say that American tennis is dead and things like that, you kind of take it a little personal,” she said at the U.S. Open. “Someone went as far as to say that Serena Williams is the only American player, male or female, worth talking about or watching or anything like that. So I took that a little personal. I think you have to kind of put it in perspective that she’s one of the greatest of all time. I think a lot of times people expect every American to live up to that standard, and that’s not going to happen. You know, there’s only so many Serena Williams or Chris Everts or Martina Navratilovas.” It’s too soon to say whether Keys will be one of the greats. But worth talking about? Worth watching? She’s already — easily — that.

Suspension of Disbelief: WWE Thinks Roman Reigns Is Its Next Big Star, No Matter What Fans Say