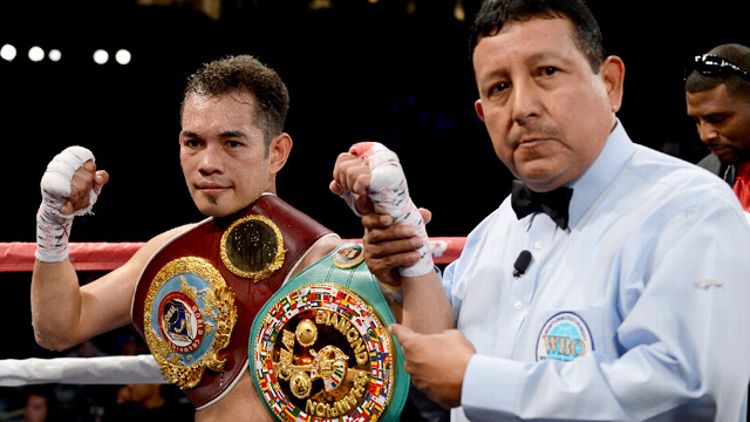 It’s unclear whether Nonito Donaire’s opponents enter the ring afraid of the 122-pound super bantamweight champion’s power, or if they realize sometime early in the first round that they’ve bitten off more than they can chew. In fact, since Donaire’s last six opponents have all been well-regarded current or former world champions, we know that these fighters could take a punch and most likely believed they had a chance to beat the Filipino American pound-for-pound contender.

Well, some of Donaire’s opponents, most notably Vic Darchinyan, Volodymyr Sydorenko, and Fernando Montiel, have tried to fight aggressively against the Filipino Flash. Their attacks earned them a trio of knockouts that are worth re-watching. Darchinyan went down for the first time in his career and ended up with the same dazed look as the folks who spin around on baseball bats during timeouts at NBA games. Sydorenko, in fewer than four rounds, looked like he’d been ejected face-first through a car windshield. And Montiel performed a horrifying, unconscious spasm dance while lying flat on his back.

So Donaire’s most recent opponents have been more cautious. Way more cautious. The diminutive, rat-tailed Argentine Omar Narvaez survived 12 rounds with Donaire by backpedaling constantly and not throwing a single punch. That’s not true, of course. Compubox and YouTube can confirm that Narvaez technically did move his fists at certain times during the fight. You’d have a hard time convincing me, however, that he ever did so in an earnest attempt to hurt Donaire. Wilfredo Vasquez Jr. and Jeffrey Mathebula both seemed concerned with little more than defending themselves and surviving 12 rounds against Donaire, something each fighter achieved, although both suffered knockdowns and Mathebula’s jaw was broken in two places.

And then came Japan’s Toshiaki Nishioka, who hadn’t lost in eight years and who many believed was strong enough or fast enough or tough enough to actually threaten Donaire. The two fought Saturday night at the Home Depot Center in Carson, California, and well, let’s just say that what many believed turned out to be untrue. Nishioka hardly threw any punches through the first five rounds and held his right hand so high against the right side of his head that it seemed like his sole objective in the fight was to avoid Donaire’s most deadly punch, the left hook. That’s a wise strategy for any boxer who faces Donaire, but Nishioka, like Narvaez, Vasquez Jr., and Mathebula before him, appeared to be more intent on surviving than competing. It didn’t work. Donaire knocked Nishioka down with a short uppercut in the sixth round, after which Nishioka became more aggressive, which allowed Donaire to land a counter straight right hand that sent Nishioka to the mat again in the second round. At this point, Nishioka’s cornermen stopped the fight. Perhaps they wished to spare him the dented heads and googly eyes endured by some of Donaire’s previous knockout victims.

The sudden, defensive changes of heart that Donaire’s recent opponents all seem to experience lead Donaire to a strange place in the discussion of the world’s best pound-for-pound fighters. We know he’s up there in the top five or six, along with Floyd Mayweather, Manny Pacquiao, Sergio Martinez, Andre Ward, and Juan Manuel Marquez. But since the Montiel fight, Donaire hasn’t had an opportunity to put on a dazzling performance like members of the aforementioned group have, because the fighters Donaire has faced all take on the instincts of a pill bug once they feel his power. We rarely see the full range of Donaire’s skills, such as counterpunching and defense, because his foes don’t give him much reason to use them. Instead, we see him chase guys who just want to avoid getting knocked out, and we judge him based on how artfully he stalks them.

But if this trend continues — if Donaire keeps forcing some of the best boxers in the world to choose option B of the fight-or-flight response — then we’re going to have to start asking: Is the best fighter in the world the guy who shows the most complete and sublime skills, or is it the guy whose speed and power is so damn scary that it convinces professional fighters that against him, the last thing they want to do is fight?

We Went There: Nationals-Cardinals Game 5