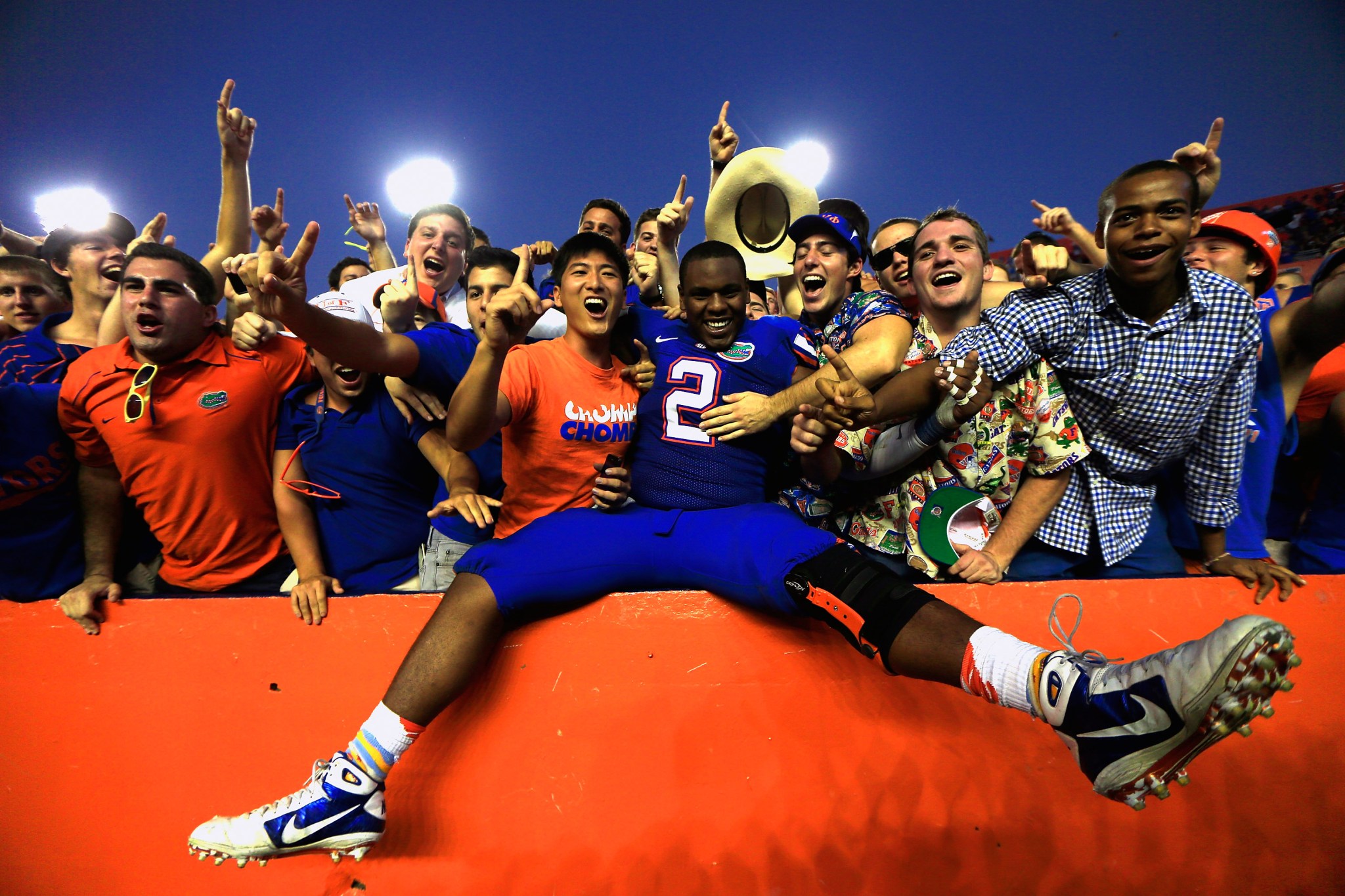 A few weeks ago, 17 NFL teams sent at least one man down to Gainesville to do their diligence on maybe the most intriguing player in this year’s draft. That more than half the league would hit central Florida for a one-man pro day speaks to the wide-ranging possibilities for Dominique Easley. On tape, it’s hard to find much wrong with the former Florida defensive tackle, but the problem with Easley isn’t what he did on the field. It’s how much time he spent off it.

Easley’s workout was the first time he’s been able to perform for scouts after tearing his ACL in practice last September. The injury came two years after Easley tore his other ACL, back in 2011. Purely as a talent, he’d belong with Aaron Donald and Timmy Jernigan in conversations about the first defensive tackles to be drafted. Now, he’s considered a probable a second-round pick who’s just the latest example of the risk that comes with chasing value in injury-prone players.

The joy that comes from watching Easley clips is endless. I really think there might be something about defensive players in Florida uniforms that makes those guys look infinitely cooler than they would for any other team in college football, and Easley fits that bill. He also wore no. 2 in college, which is a reminder that number restrictions are one of the worst byproducts of the league hating fun. Oh, and Easley’s actual game doesn’t hurt either.

There are plays when it looks like he’s teleporting into the backfield. One of the gripes from scouts is that sometimes, he’s moving too fast, actually running past whoever’s toting the ball. I’m not sure I consider that an actual problem. Easley is also notably strong for someone a bit undersize. More than once in that clip, he just marches a guard back into the quarterback until both of them fall down. The nerdy stuff is there, too. He bends naturally back toward the quarterback as a pass-rusher, and his hands are powerful and sudden. The point is, he’s got a lot working for him.

What teams have to weigh is whether all that top-15 talent is worth the chance Easley will live in the training room. Players tear ACLs and come back stronger all the time. That said, it happening once can be an isolated incident, but two starts to look like a trend. The encouraging part for Easley and whoever decides to draft him is that they already know he can come back from injury without any trouble. He was a force in his full season between ACL tears, and last season was looking like it would be his best through the four games he got to play.

It’s a familiar topic come draft time, and it came up with more than one player a year ago. A lot of analysts considered Tank Carradine a first-round talent, but he slipped to the second because teams worried about how ACL surgery would affect him in his rookie year. Easley’s situation isn’t that dire, but Carradine is a good example of how talent and injury concerns are weighed. The more encouraging story for Easley believers might be Keenan Allen, who fell down draft boards because of a knee injury despite having the track record of a first-round talent. We all know how that worked out. Allen went in the third round and was probably the best offensive rookie in football. If Easley can stay healthy, he has a chance to be the same sort of player as a rookie. It’s that “if” that teams have to worry about.