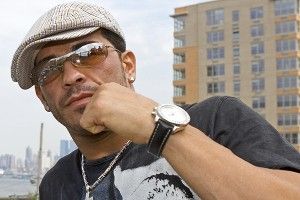 It doesn’t matter if you follow boxing. It doesn’t matter if you’ve never seen an Arturo Gatti fight. (Although your life has kind of been wasted if that’s the case. Here, enjoy the first four and a half minutes of this creepy tribute video set to that Goo Goo Dolls song you never want to hear again. No, the other Goo Goo Dolls song you never want to hear again.) The question of whether Gatti deserves to be voted into the International Boxing Hall of Fame in Canastota, New York — he’s in his first year of eligibility on ballots that voters received today — is not really a specific question of interest only to boxing geeks. It’s an interpretation question of interest to all those people who allow themselves to become irrationally invested in halls of fame. (Full disclosure: I’m one of those people.)

If you view halls of fame as halls of excellence, meant to recognize only the most dominant, superior performers of their eras, Gatti doesn’t stand a chance. But if you’re a literalist who believes a hall of fame should be a shrine to those who became, you know, famous, then Gatti is as sure a thing as Muhammad Ali. There isn’t a whole lot of middle ground. This isn’t a Jim Rice or an Andre Reed, a guy whose straight-up credentials place him squarely on the borderline. This is more like a Mark McGwire conundrum. It’s all about your personal rules regarding what hall-of-fame status is supposed to symbolize.

The argument against Gatti is that, well, he wasn’t all that great at the whole pugilism thing. Gatti was never considered the best fighter in his weight class. He was never on pound-for-pound lists. He was always deeply enough flawed that he could lose to any opponent at any time — and for Hall of Excellence purposes, he did just that far too often. Gatti lost to Angel Manfredy, who will never have his name on a Hall of Fame ballot. He lost twice to Ivan Robinson, who is even further from the ballot than Manfredy. He lost to Micky Ward, who — and you may be sensing a pattern here — gets no IBHOF consideration. The same goes for Carlos Baldomir and Alfonso Gomez.

What about when Gatti did fight Hall of Fame–caliber opponents? He didn’t win a single second of a single round as Oscar De La Hoya toyed with him en route to a fifth-round stoppage, and he barely laid a glove on Floyd Mayweather for the six rounds that mismatch lasted. Those fights illuminated the chasm between Gatti’s ability and the sort of ability we normally associate with Hall of Famers.

Gatti does have several meaningful victories on his record: He twice outpointed Tracy Harris Patterson, he knocked out Gabe Ruelas, he twice avenged his defeat to Ward, he became the first to beat Leo Dorin, and he ended Jesse James Leija’s career. The thing is, none of those opponents have gotten their names on an IBHOF ballot, and all of them have been retired long enough to be eligible.

It should be noted that on won-loss record alone, you can’t disqualify Gatti. He finished his career 40-9, with 31 knockouts. Boxing isn’t a sport that lends itself to a great deal of Barnwellian statistical analysis, so we’ll keep it really simple: Gatti’s ratio of wins to losses was 4.44. Of the 115 fighters enshrined in the Hall of Fame’s Modern category, 28 of them have win-loss ratios inferior to Gatti’s. (The worst of them is 1940s lightweight champ Lew Jenkins, whose 74 triumphs and 42 defeats give him a 1.76 win-loss ratio.) What does this tell us? It tells us that the Boxing Hall of Fame is considerably more inclusive than most other sports’ halls of fame. It suggests that you don’t have to be indisputably great to get in. In this regard, the International Boxing Hall of Fame is probably closest to the Rock and Roll Hall of Fame, which will almost certainly induct the Goo Goo Dolls someday.

One key difference, however, between Gatti and many of those 28 fighters with sub-4.44 win-loss ratios is that the majority of his defeats came in his prime. Gatti’s loss to King Solomon in a 1992 six-rounder was clearly pre-prime, and he was washed up by the time he lost to Baldomir and Gomez in his final two bouts. But the other six defeats came with Gatti performing at some reasonable facsimile of his peak. Compare that with the most extremely antithetical example in the IBHOF, Pipino Cuevas. From 1971 to 1976, Cuevas went 15-6. From 1980 to 1989, he went 8-9. But for four glorious years in between as the welterweight champ, Cuevas went 12-0 with 11 knockouts. That’s why, despite a mediocre 35-15 overall record and a 2.33 win-loss ratio, he’s in the Hall. (Though many experts don’t think he should be there.) Then there’s the case of Matthew Saad Muhammad, who provided Gatti-like thrills a generation or two before Gatti. Saad finished his career 39-16-3, just a 2.43 win-loss ratio. But 12 of his 16 losses came after he dropped the light heavyweight title to Dwight Qawi, and he ended his career on a 1-7-1 streak. Most of those defeats are rightly ignored when considering his Hall of Fame worthiness.

Building off the Cuevas case, a common argument made in favor of Gatti is that there are less accomplished and/or less worthy fighters already in the Hall. (Not to mention some of the unworthy non-fighters, like WBC president Jose Sulaiman, who has been going out of his way to damage the sport’s reputation for 44 years and counting, and referee Joe Cortez, who doesn’t even understand that someone can be both fair and firm at the same time.) There’s Barry McGuigan, a popular 1980s featherweight who had a singular title reign that lasted all of 12 months before ending via one of the biggest upsets of all time. There’s Jenkins and his 1.76 win-loss ratio. And there’s Ingemar Johansson, who’s in the Hall because he won one of three fights against Floyd Patterson and because holding the heavyweight title — however briefly — seems to carry extra weight.

However, the reasoning in favor of voting for Gatti is equally compelling. It doesn’t lend itself well to numbers, with the exception of the number four, which is how many times he participated in the Ring magazine Fight of the Year over a seven-year span — and you could make an argument that it should have been five times in eight years if not for this getting overshadowed by the importance of this. Gatti was the most entertaining fighter of his era. That’s one of those opinion statements that’s so obvious as to warrant projecting it as a fact. No other fighter could present the elevated levels of drama that Gatti could, and it wasn’t just the tendency to fall behind and rally back; it was the way he reacted to punches with such open expressions of pain, the way he fell to the canvas, the way he swung and missed with such explosiveness, the way he swung and landed with such force. The unrealistic violence of a scripted Rocky fight sequence occasionally became validated by an unscripted Gatti fight sequence.

There’s a case to be made that, as the heavyweight division began its descent from the American consciousness when Lennox Lewis and then the Klitschko brothers took it over, Gatti was second only to De La Hoya in terms of keeping the sport’s blood pumping. Did anyone turn more people into boxing fans from 1995 to 2005? Did anyone prevent more lifelong boxing fans from giving up on the sport during those same years?

Gatti was an icon. He was a force of attraction like few of his contemporaries. His career in certain respects resembles that of Joe Namath; the numbers suggest he wasn’t a Hall of Famer, but the intangibles all point in the other direction.

Then again, there is one more number that works in his favor, and you get it by subtracting 1995 from 2005. (Seriously, Barnwell, I hope I’m not intimidating you with my complicated algorithms.) Gatti was a very good fighter, if never quite a great one, for a full 10 years. He had real longevity. If you consider his fighting style, which involved getting the shit beaten out of him with alarming regularity, his longevity was downright extraordinary.

Then there’s the factor that shouldn’t count, but could swing the vote in Gatti’s favor: dying young. Hall of Fame voters are not immune to sentimentality.

But this isn’t an article about whether Gatti will be voted into the Hall of Fame; it’s an article about whether he should be. And that comes down to that pesky word “fame” on the sign out in front of that building in Canastota and the similar ones in Canton, Cooperstown, Springfield, Toronto, Newport, etc. It comes down to philosophy. Whichever way I vote on Gatti, voters on the other side will feel passionately that I’ve done the wrong thing. It’s not that one voter’s standards are incrementally higher or lower than another’s, or that one voter’s perception of Gatti’s talents are a fraction off from another’s. This is a clear-cut decision, one way or the other.

Unless you feel fame does matter … but only to an extent … and you can’t calibrate exactly what that extent should be.

In that case, you’re staring at this ballot like I am, having already spent about 10 years contemplating whether Arturo Gatti would be worthy of Hall of Fame induction, still struggling with whether to put a check mark next to his name.

In the end, despite being an unabashed Gatti fanboy, I can’t quite justify voting for him this year. But, and excuse me if this doesn’t quite seem rational, I’ll be rooting for him to get the votes necessary from others.