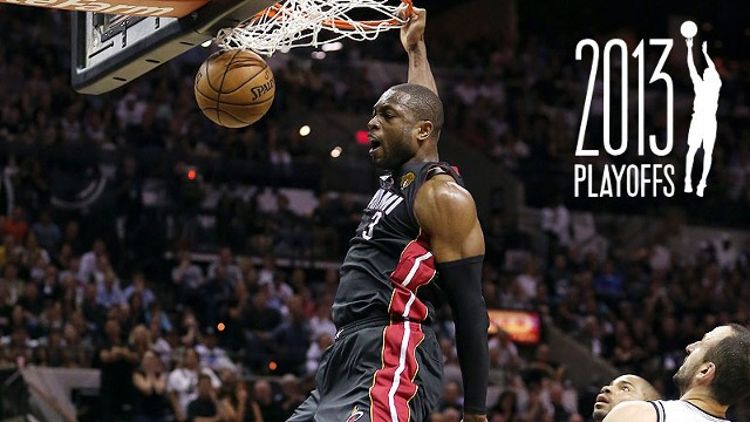 I once rewatched the entirety of the Red Sox 2004 ALCS victory over the New York Yankees. Not exactly to understand it better, because there were plenty of stories written and even a movie made to explain it, but to see how that understanding happened in real time. In a culture where people rush to post “FIRST!!!!!!!” and nothing more on an article, where sports can be consumed by the bucketful in highlight clips, where there is no shortage of concentrated hot sports takes, there still exists the lost art of watching something (or watching the whole thing again) and learning something from it.

It’s amazing how radically this reorients the sports-watching experience. Live, a game is a nearly overwhelming flood of possibilities, all competing for your attention. If you can ascribe it a genre, a game in the moment is a suspense movie, a thriller. It’s full of red herrings and misdirections. A good one keeps you on the edge of your seat, and yes, there’s pleasure to be had in correctly identifying the killer before the final reveal and seeing a trend or matchup that’s going to be the lynchpin of the victory or the loss.

Take last Thursday’s Game 4 between the Spurs and Heat, for example. The killer — as we all found out — was Dwyane Wade. Much like a game of Clue, Wade did it in the half-court, with the midrange jumper. (You will recall this murder weapon had gone suspiciously missing in Game 3.) But rewatching the game turns it from a whodunit into a howdunit, transforms it from a murder mystery into a Greek drama. In Oedipus the King, we know Oedipus’s first mistake was letting road rage get the better of him on the way out of Corinth, compounded by a wedding even more disturbing than a typical Westerosian one and his determination to go all CSI: Thebes on the murder of King Laius, his unknown dad. The play does its work by showing how Oedipus comes to understand himself, and rewatching a game lets us see how Dwyane Wade, for example, does the same.

You can learn a lot by keying in on just one player. What you see in the early going, even as the Heat fell behind by 10 out of the gate, is Wade not messing up. He’s not making an impact, but he hits one long jumper and feels good enough about it to take another, which he bricks. The next open jumper he gets he decides against, passing it off in midshot. Knowing that he’s on the way to a 32-point, six-rebound, four-assist, and six-steal performance, you can see that above all else, he’s not pressing, not forcing the game. He’s not being called on early to make big defensive plays, so he’s free to probe on offense.

Another thing that seems clear in retrospect — especially in contrast to Sunday night’s Game 5 — is how the Heat immediately established an internal barrier against the vicissitudes of the game. You can see it in Wade, but you can also see it in Chris Bosh and others: They’re not reacting to bad shots or missed calls with frustration. They seem unflappable. They’re playing from the inside out, and a lot of that seems to resonate directly from Wade and his steadiness early on.

A subtle shift happens for Wade with about five minutes to go in the first quarter. Having just executed a beautiful crossover to get into the lane and finish a tough layup, he comes out of the ensuing timeout pestering Danny Green, ultimately knocking the ball away. Although the Spurs retain possession, it’s clear that Wade’s offense is feeding into his defense now. The next time Green gets the ball, Wade jumps out on him way above the arc then pursues him into the paint, knocking the ball away again. After the reset, Tim Duncan finds an open lane to the basket but Wade steps in and forces a travel. Then Wade boxes the absolute daylights out of Tiago Splitter under the boards and strips him down low — which leads to a LeBron James layup at the other end.

Watching live, it was hard to know what to make of this. As the commentators point out, Wade had been playing well in the first halves of games in this series and then fading hard in the second. But now we know how it ends. So when Wade checks back in to close the first quarter and slices his way into the paint to drop a floater and give the Heat a 29-26 lead, he is, more or less, Chekhov’s gun laid on the table in front of us. We know he’s going to go off; we’re just watching to see the mechanism in action.

In spite of how self-possessed the Heat look, the Spurs refuse to cede much ground to them and for most of the game. When the bleeding starts for the Spurs at the 8:37 mark in the fourth, Wade is front and center. Watching a second time, it’s almost eerie how this calm descends on Wade as he casually maneuvers into the paint to drop a lefty floater, sets up shop in a passing lane to corral a steal, finishes it with a dunk on the other end, rises up for a long midrange jumper, then penetrates and creates an opening to drop it off to Bosh for a layup. That sequence pushes the lead to 11. When Wade lays it in a minute later to get the lead to 15 and put the Heat over the magic 100-point mark, sealing the Spurs’ fate, that’s the gun going off.

But there’s more than just Wade here. His throwback performance in Game 4 was impressive, but not any more so than Manu Ginobili’s in Game 5. That performance doesn’t tell us anything more about the future than anyone else’s, but that’s not what this kind of rewatching is about. There are nearly endless things to watch for; you could profitably track Bosh for that entire game, for instance, or focus only on how tremendously awful Splitter was, if you’re in that sort of mood. All these threads make up the game, but sometimes we’re in too much of a rush to talk about what happened, to boil it down to its essence and make a determination about what it says about the future. Sometimes it seems like sports coverage is 90 percent about what might happen in the future or how to put past performance in perspective.

This isn’t about explaining basketball, it’s about enjoying it. And I’m absolutely positive this is one of the best ways to get better at understanding it: watch the game, listen to what the smart people say, then go back and look for yourself. Something as simple as rewatching a game can put you in the present tense of that moment, can let you slip into the unfolding of something with a measure of understanding we’re rarely afforded.