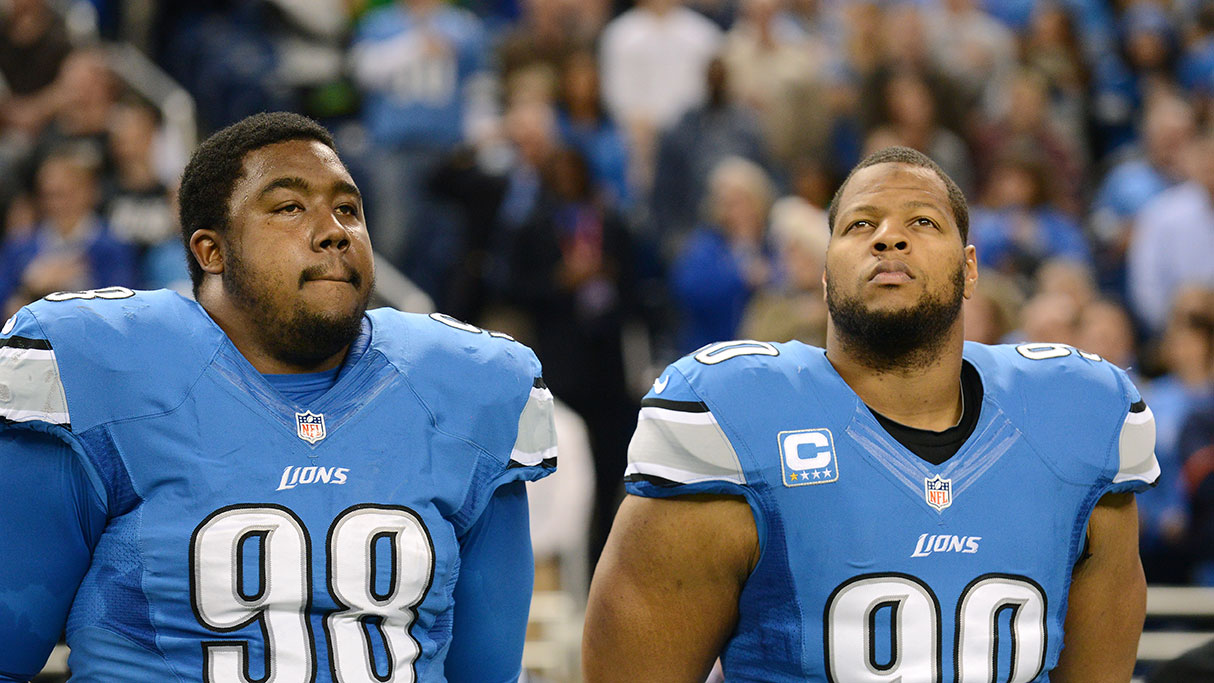 When Detroit took Nick Fairley with the 13th pick in 2011, the plan was simple. The team had drafted Ndamukong Suh with the second overall pick the previous year. By the end of his college career, Suh had become the consensus best player in the country, a one-man destroyer of offenses who almost single-handedly dragged Nebraska to a Big 12 championship. As a rookie, Suh didn’t disappoint, recording double-digit sacks, receiving a first-team All-Pro nod, and giving the Lions a player who was instantly among the best at his position.

With Fairley, the Lions were hoping to re-create the same scenario alongside their young star. During his final season in college, Fairley wasn’t quite the force Suh was at Nebraska, but he was close. He and Cam Newton were in a different class during Auburn’s national championship run. Nail this pick, and the Lions would have the best defensive tackle tandem in football, a pair they could build an elite defense around over the next decade.

Four years later, both Suh and Fairley are free agents, and those best-laid plans have gone astray. 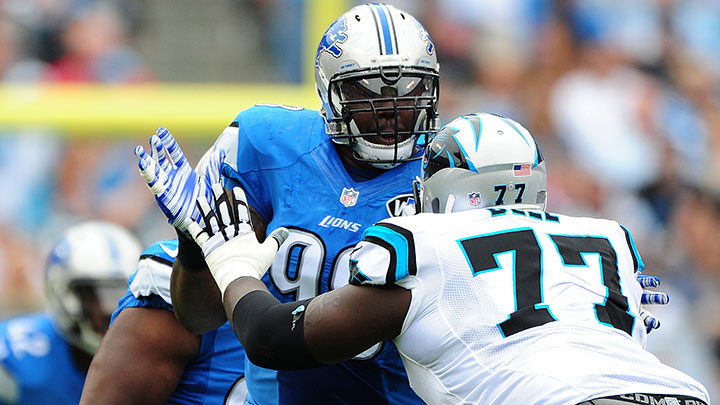 Fairley was available at the 13th pick because of concerns about his level of engagement and work ethic. Based on his time with the Lions, those concerns were warranted. Fairley’s impact has come and gone, and so Detroit declined to pick up his fifth-year option last spring.

“He’s a phenomenal talent,” Detroit general manager Martin Mayhew told Tim Twentyman of the Lions’ official website. “This guy can be whatever he wants to be. That’s probably why I’m on him so hard.” Mayhew went on to say that the option was $5.5 million, wondering, “I have to ask myself: is he a $5.5 million player? There’s some performances where he is. There’s some performances where he’s not.”

What happened over the next eight months perfectly encapsulates Fairley’s career — and Mayhew’s thinking — to this point. After failing to get his weight down, Fairley was benched in August in favor of 31-year-old C.J. Mosley, but once Fairely got control of his weight and made it back to the starting lineup, he put together what might have been the best eight weeks of his career. He was dominant, especially as a pass-rusher. Detroit had the best defense in football during that stretch — the 2011 vision finally materialized.

Sadly, a knee injury stole the second half of Fairley’s season, and Detroit’s defense took a noticeable step back without him. Now comes the question of what to do next. 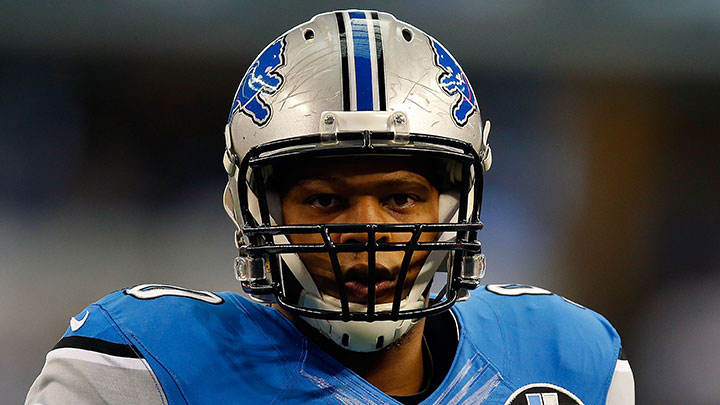 There isn’t much mystery about the type of deal Suh will earn come March. Gerald McCoy set the defensive tackle market in October with $51.5 million guaranteed from the Bucs, and although Suh is two years older, his total will fall right around that number. It’s a massive figure on any cap, but from everything we’ve seen, he’s worth it. Few defensive players in the league have been better, and few have done it more consistently.

Nearly 25 percent of Detroit’s cap, though, is tied up in two players: Calvin Johnson counts for $20.6 million next season, and Matthew Stafford sits at $17.7 million. The Lions have about $15.1 million in space, and there aren’t many obvious moves to pump that number up. They can save about $3 million by cutting Jason Jones, but that would leave Detroit with only about $18 million with both the draft and Suh’s contract looming.

It’s very difficult to imagine the Lions not finding a way to bring Suh back, but if they don’t, plenty of teams will be willing to toss him that massive asking price. Jacksonville, Oakland, and Cleveland have a ton of money, like they always do, but it’s tough to envision Suh jumping at a big offer in a bad situation. Pairing him with McCoy in Tampa Bay — a team that has nearly $30 million in cap space — would probably be the best thing that’s ever happened to me and every other defensive line fan, but I just don’t see the Bucs spending a quarter of their cap on defensive tackles with so many other holes.

Looking elsewhere, two teams really stand out. The Colts have about $38 million in cap space, with a couple of additional moves on the table to push that number even higher. Suh isn’t a traditional fit for Chuck Pagano’s defense, but he’s the sort of player who fits any scheme. Indy is desperate for some reinforcements in the middle of its defense, and Suh would finally provide some secondary pass-rushing help for Robert Mathis.1 The best fit, though, comes with the team the Colts handled in the first round of the playoffs. Cincinnati had the second-worst adjusted sack rate in football last year. It’s the most glaring weakness on the entire roster, and Suh would fit well in what Marvin Lewis wants to do defensively. Geno Atkins has been slow to come back from his torn ACL, but putting Suh next to him would go a long way toward taking some of the pressure off. The Bengals have to keep the inevitable A.J. Green extension in mind, but there’s a way they’d be able to make both work.

Suh’s huge cap number inherently limits how many teams can consider him, and that’s what makes Fairley such an intriguing and more realistic proposition for teams outside of Michigan. Coming off an injury, and with a history of up-and-down play, he’s likely going to receive a number that’s about half of what Suh will pull in annually. The obvious concern is whether a team will be getting the Fairley who was sent to the bench in August or the one who played step-for-step with Suh for the first half of 2014.

Earlier this week, Lions defensive coordinator Teryl Austin told Twentyman that he felt like Fairley turned a corner this past season: There was a chance Fairley would fall back into his old habits after the injury, but he didn’t. If Austin’s right, someone’s going to end up with one of the steals of free agency. Snagging the fully realized version of Fairley for $6 million or $7 million would be a way for a team like Atlanta, Dallas, or Tampa Bay to transform a defense for a reasonable price. But there’s just no way to know which iteration of the player they’ll be getting.

Wherever Suh and Fairley end up, the plan Detroit had four years ago has finally run its course. It’s hard not to imagine how it might have looked if things had gone a little differently.