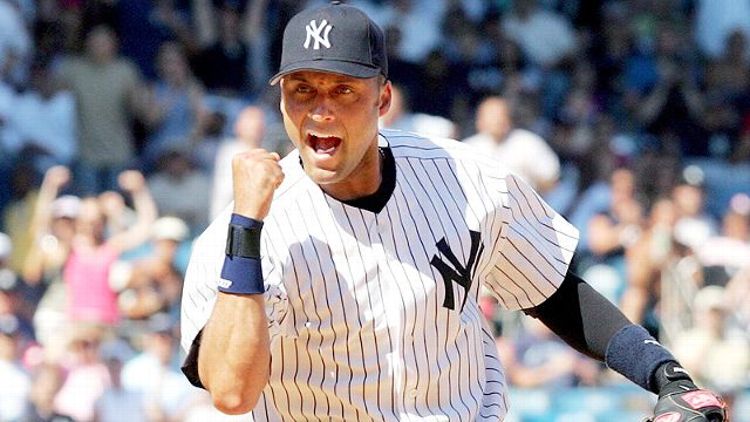 The offseason’s usually a time for rest. For relaxation. For rejuvenation. Not that you take even a single day totally away from baseball, because every new day represents a chance to improve yourself. Even if you’re not running wind sprints or taking the thousand daily ground balls that are a part of your usual mid-November routine, you could be working on the mental part of the game, which is secretly the most important aspect of winning. You’d think that would be obvious, but you’d be surprised at how many people fail to grasp that reality. It’s the last great overlooked strategy for building a champion. It’s mind over matter.

Think about it. You could be on the bench in a lost season, a nightmare that only ended in a mercy killing in Houston in late September. Injuries might temporarily rob you of your ability to be on the field. But they can’t stop your mind. (We’re not talking about head trauma here; concussions are a very real problem in many sports, including ours, but that’s a topic for another time.) While your body recuperates, your mind gets stronger and stronger if you’re training properly. And eventually, if you’ve put in the work, your physical self finally catches up to your improved mental self.

And so that’s what I’ve been doing. As the body heals, the Winning Mind grows stronger. You might think I’ve set aside my writing for the long winter, but I’ve been keeping a “dry diary” every day as part of my training, using an unsharpened pencil to trace invisible words on the unlined pages of a new Moleskine. You can produce dozens of blank pages on a good day. And once a week, you take the notebooks to your journaling coach, who runs his fingertips along those pages, feeling out your thoughts. He instantly knows how you’re doing.

And today he sensed that something was bothering me. That as hard as you try to block out the outside world and concentrate on getting ready for the season, sometimes things creep in.

He felt four words on the page. Scratched deep like scars.

“You want to tell me about it?”

You don’t want to tell him, but you tell him. That people on the Internet, which you avoid as much as possible, are free to make up stories about you. And you ignore them, you almost always ignore them. But then you’re out running an errand and suddenly those words are being shouted at you from the sidewalk, but not the way you’re used to. There’s a different tone of voice. And always some dude giving you two thumbs-up while he says it. Maybe even a wink. Not a good wink. The kind of wink like he’s in on a secret. But he doesn’t know your secrets. No one does. That’s why they’re secrets. By definition they don’t know. A thousand gift baskets have kept them safe.

You get suspicious. It happens time and time again. At the bodega. From open cab windows. You expect to look up and see it in skywriting.

And finally you ask somebody: What? You stop a guy and ask. And he tells you.

And you look into it for yourself.

And then you know.

So you tell your journaling coach. It’s lies. It’s lies on the Internet, from anonymous liars. And he tells you it would be a useful exercise to take some wet swings in the diary. Get it down for yourself. Write your truth, for an audience of one Captain.

And so you do. You explain to yourself it doesn’t even make sense. A girl you’re dating with keys to your “apartment”? You occupy most of a floor in a concierge building with 10 layers of security. Your private elevator has armed ex-SEAL operators. No one’s walking in on you by accident. It would take an A-Rod-level super-genius to infiltrate your space, and even with him, it always seemed to involve some kind of dark centaur magic more than any kind of sophisticated plan. Or possibly bribes; he’s an incredibly rich man. None of your dates have that kind of means. Maybe Mariah now, but not back in the day.

You explain that the liars don’t know there’s an engraved brass sign right outside of the Hologram Highlight Arena that spells out the rules: FULL PINSTRIPES REQUIRED AT ALL TIMES INSIDE. NO EXCEPTIONS. And highlights from the couch? In two dimensions? Is it Class A? What good could that possibly do? Would you simulate The Dive into a pile of sofa cushions instead of into the five rows of specially cushioned Yankee Stadium seats you had installed just for the Summer 2004 reel? Does that make sense to anyone?

Did they not read the big news from this week, when you announced your plan to open a publishing imprint and become a patron of the written word? When do they think you plan on reading all the manuscripts — on breaks from naked highlight screaming? It’s crazy. It’s like they have no idea how much work it’s going to take to single-handedly revive the book industry while also winning the Series next year. They obviously didn’t think things through very much while coming up with their false stories.

So you write this all down in hopes of working through it. Your journaling coach asks how it makes you feel. And you tell him great, you think you’re past it now. Thanks, diary-skip.

But then you’re back at home. Maybe there’s a little more to say. But you’re not going to write it down. And you can’t engage faceless liars on the Internet at all.

So you pick up your unsharpened pencil and your blank notebook and you trace:

CaptainDJ2: I am the Captain of the New York Yankees and Five-Time World Series Champion Derek Jeter. Ask Me Anything. — DJ2

And you anticipate the first question:

And your invisible answer:

It’s petty but it feels good, even in the dry diary. Until the quick response:

It’s only then do you realize, through the truth of your own scribbling, of course it was him. You knew it in your heart all along.

It’s going to be a very long offseason.

And no amount of Moneybraining can prepare you for it.