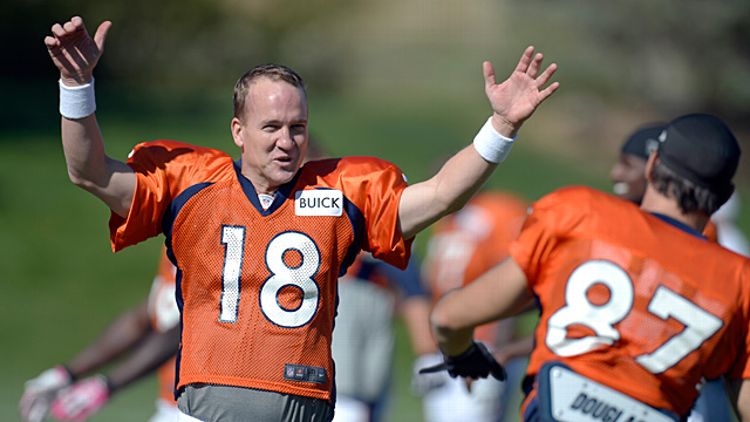 Try not to look at that first number. It’s uglier than a spontaneous Lohan intervention. I took it on all three chins last week. 0-3 with my prop bet offerings. Not to mention the dog relieved himself on my beloved autographed Lane Kiffin bobblehead doll, so all in all last week was a bad experience. Oh … and the Cowboys. Let’s put all this unpleasantness behind us and come out swinging in Week 6:

Carolina to score more than 21 points vs. Minnesota

34, 31, 31, 27 — those are the points scored by Vikings opponents this season. Cam Newton finally gets to face a forgiving pass defense in Minnesota (27th in the league). Coach Ron Rivera’s job needs saving again as that blowout over the Giants all of a sudden looks as impressive as a Vlad Klitschko victory. 15,000 jermajesties

Cleveland +.5 over Detroit in the first half

I love, love, love this Browns first-half bet. It hasn’t lost yet in 2013. I’m afraid to even mention it for fear that people will catch on and drive the line up to Browns -17 every first half. So let this be our secret, OK? A gimpy or nonexistent Calvin Johnson makes this much more enticing. 25,000 jermajesties

Denver -18 over Jacksonville in the first half

Inspiring words from Coach Fox: “OK, fellas, if we put up 35 in the first half I’ll let the starters go home early and catch the first run of the premiere of The Walking Dead. 5 TDs … 12 field goals … 18 safeties … however you want to do it. Then after we slaughter these zombies from North Florida, we’ll see how they do it on cable.”

Seriously, let’s think this through. This is probably one of those Sundays where Peyton sits some or all of the fourth quarter. After your 39th neck surgery you appreciate not having to play full games. Take it from me, I slept on my neck wrong once and it hurt a lot for like an hour. I imagine 39 surgeries is equally as painful. 35-3 first half. Give the 18. 35,000 jermajesties

Texans (+2.5) over Rams
This is more of a gambling nod to the Texans defense, which boasts a no. 1 ranking vs. the pass. Is there a way Matt Schaub can regain confidence even if it means not dropping back in the pocket even once this Sunday?

Seahawks (-3.5) over Titans
You never want to head into CenturyLink Field with your Ivy League backup quarterback at the reins. I’m sure Ryan Fitzpatrick learned a lot of valuable things at Harvard, but I’m almost positive one of them wasn’t how to block out the deafening roar of 80,000 people who have decided to hate your guts for an afternoon.

Saints +11.5 over Patriots
I understand we’re not supposed to bet against Bill Belichick after a loss, but these Saints are for real. With a myriad of weapons, they average more than 327 passing yards a game and hardly ever turn the ball over. Sean is the Payton of Peyton Mannings when it comes to offensive geniuses. I’m going to keep reading that last one over and over until it makes sense.

Over/under 37,509.5 times this week that you were reminded that the Broncos scored as many points last week (51) vs. the Cowboys as the Jaguars have scored all season

It’s just not fair for the beastly Broncos to be able to go up and down the field at will. Wouldn’t it be more exciting if 8-ball billiards rules were in place for this Broncos-Jags matchup? It’s not enough that just Denver scores … Peyton Manning needs to call the play. “All right, I’m going Decker right corner end zone, one handed catch, and I’m going to throw it lefty. On ‘three.’ BREAK.” Oh, sorry, the referees have concluded that Decker technically caught it in the back middle end zone and used his left pointer finger to help corral the pass. Loss of down … start over.

And with his luck, Peyton will probably get a zillion-dollar Nyquil PM sleep endorsement from it all.

Smart money is on 320-pound tackle Winston Justice. That dude looks like he can crush a village of Lemonheads.

I know. I know. You were thinking I would’ve gone with Toni G. but her red-zone efficiency numbers scare me.

Peyton TD passes against the Jags vs. Eli hours spent on Ancestor.com this Sunday confirming that they’re actually related

I put this number at about 5.5. In defense of Tony Romo just one last time (not even close to the last time), check out this stat:

I didn’t make this up. Perhaps ESPN’s Tim McMahon did, but I highly doubt it. And I understand fully that the first four guys have oversize rings for their February accomplishments, but if I’m Trent Dilfer I’m pissed about not being given as much slack for my statistical shortcomings.

3/5 odds that Breaking Bad’s famous pink teddy bear, which fetched $26,750 at an online auction this week, will make an appearance as a guest referee at an NFL game sometime this month

It’s just too much pink. It just is.

No one likes going back in time more than Boomer. Hence, Thad Lewis and the News is the seal-tight lock of the week.

Christmas came early for Brent Musburger when Katherine Webb agreed to participate in this steamy burger ad. Congratulations, Katherine. This seductive spot has earned you a position in the top tier of most hated females on the planet among housewives. Or maybe just the one who lives with me.

@jimmykimmel should send @TheCousinSal here for the game on Sunday!! http://t.co/t2WFSh9hz2

I’ll be there. This jokey promotion makes a lot of sense because on the one hand the Redskins are a dynamite team this year, and on the other Romo is on pace for a paltry 40 TD passes and six INTs [deep breaths … still bitter]. At least when I torch this Washington bar to the ground I can say I was trying to light a fire under Congress’s ass. Perfect alibi!

@TheCousinSal just because your cousin puts you on tv doesn't mean you know anything about football. Your just a chubby midget. Eat a dick

If you’re able to look past DiarheaSniffer’s atrocious spelling and grammatical miscues, you’ll see he makes some really terrific points.

Kanye -18.5 minutes time of possession over Kimmel in their late-night resolution interview Wednesday night as seen on Jimmy Kimmel Live

Be sure to also watch Parts 2-6 for the most compelling late-night television since that weirdo Crispin Glover tried to roundhouse David Letterman in the head for no reason. Is it weird that the only thing I latched on to during Kanye’s ramblings was the word “fustration”? Yes, “fustration.” Pretty sure he left the “r” in the back pocket of his leather jogging pants.