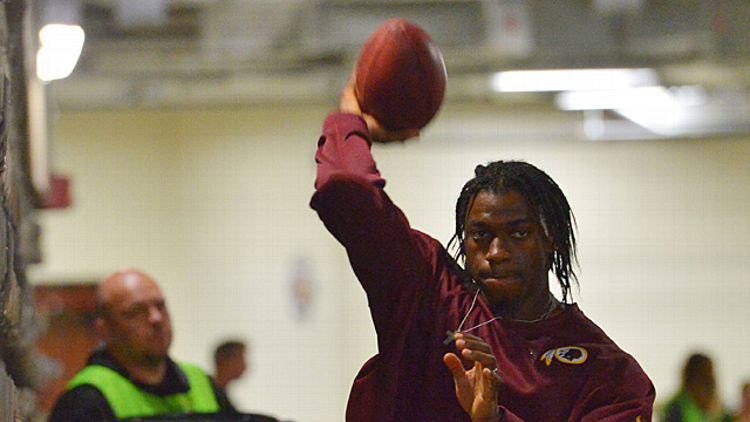 So it’s official. I’ve figured out this whole football gambling thing. Let’s recap last week: I gave out Seahawks in the first half over the Niners, David Wilson to NOT fumble vs. Denver, and won another three-team teaser without blinking an eye. And then I lost a couple prop wagers, too, but we won’t get into that. The point is I’ve now put together consecutive profitable weeks, and that feat does not come without reward. Aside from being showered in jermajesties,* I was asked to replace Ben Affleck as the new Batman.

You, too, can be asked to replace Ben Affleck: Just follow my picks in Week 3. Here they are:

Redskins-Lions to score OVER 24 pts in the first half

1. The Redskins must be a putrid football team to get shellacked by the crapbag Eagles like they did.

2. Even in preparation for one of the most nerve-racking and melancholy regular-season games of his career, Andy Reid is physically unable to shed a single pound.

As far as I can see, we’re not able to cash in on no. 2, so let’s see if we can make out on the first one. The Redskins have surrendered over 1,000 yards and 50 first-half points in their first two games. As for New Orleans, earlier this week, on the B.S. Report, I joked that they sorely missed coach Sean Payton since his yearlong suspension, but maybe they are in fact the 2012 Saints. This pudgy prognosticator built a nice nest egg of jermajesties betting against that disheveled New Orleans defense last season. I plan on doing the same with Washington. Poor tackling doesn’t just all of a sudden improve when you’re chasing after Megatron and the Lions’ speedy wide receiving corps. 15,000 jermajesties

Patriots will score under 25.5 points vs. the Bucs

I know. It just looks wrong. There was a time when betting against Tom Brady’s offense vs. a fourth-place, out-of-division foe in Foxborough was sacrilegious. But this is not your father’s Patriots. Actually, it might be more like his father’s Patriots. Despite the lengthy rest, I still don’t trust New England’s young, erratic receivers. And the one guy I do trust will be blanketed by the best cover corner in the league. Take the under. 20,000 jermajesties

The Jaguars will NOT score an offensive TD vs. the Seahawks (EVEN)

Well, they didn’t score an offensive touchdown vs. the Chiefs in Week 1, and failed to cross the goal line until midway through the fourth quarter vs. the Raiders in Week 2. There’s no reason to think they’ll strike gold against the Seahawks’ dominating defense. In fact, if anyone will offer me a “most productive drive for the Jags is over/under the Seattle 27.5-yard line” prop, I’ll take the over in a performance-enhanced heartbeat. 20,000 jermajesties

Giants (+9) over Panthers … I hate going with the public’s darling pick of the week, but on a teaser, plus nine for the desperate Giants, who are playing against a team that insists on laying down every fourth quarter for their lame duck head coach, it’s a pretty good deal.

49ers (pk) over Colts … The offensive-line woes continue for the Colts. Andrew Luck is on pace to be sacked 56 times this year. But maybe I’m wrong and the 49ers will take it easy on him, seeing as they weren’t completely embarrassed last week and have nothing to prove on Sunday. Never mind.

Broncos (-6) over Raiders … I had to check to make sure this teased spread wasn’t missing a zero at the end. Did John Clayton report that Peyton was going to throw left-handed this Monday night? 40,000 jermajesties

I set both numbers at about 17. Yes, we (especially Cowboys fans) all know by now that Murray had a personal-best 253 rushing yards against the 2011 St. Louis Rams. And then DeMarco and the Cowboys decided to play like they stuffed a barrel filled with Walter White’s drug money down their jocks. So slow. So predictable. I’ll put it out there right now: If this Cowboys team has any hope of going 6-10 and winning the division, they must run the ball effectively.

3/1: odds the Seattle Seahawks set the Guinness World Record for quietest fans in a stadium when the fourth quarter rolls around and the 11 remaining ticket-holders fail to register .6 decibels on the sound meter

Over/under 29.5: receiving yards for San Diego Chargers wide receiver Eddie Royal this week after millions of fantasy football owners around the country scrambled to add him to their rosters

But he has five touchdown receptions in only two games?! Sorry. I can’t explain it. It’s just how it works.

Such a tough call. On the one hand, Hoyer can fail like most expect him to and become the next Seneca Wallace or Spergon Wynn. Or he can surprise the Cleveland faithful and follow in the footsteps of such greats as Kelly Holcomb and Charlie Frye. Wait — greats? That didn’t happen.

And with regard to Cleveland dealing Trent Richardson: The best thing about being friendly with their top front-office personnel is getting advance notice that there might be a pre-Halloween teardown of the franchise before you go heavy on the Browns over 6.5 wins. Oh wait, that didn’t happen, either.

Over/under 32,919.5: pounds of shrimp consumed by me and Simmons chum Joe House during our victory party after winning the Las Vegas Hilton Supercontest (currently tied for second place out of 1,034 entries)

We obviously have a long way to go before reaching Shrimp Shangri-La. In case you care, this week we have:

3/5: odds I end up spending the rest of my days in a padded room after the Broncos go undefeated this season

After Denver’s Week 1 annihilation of the Ravens, a popular betting site had the Broncos at 350/1 odds to finish the regular season 16-0. Those odds seemed way too high, so I checked in with one of my pals who happens to have a weird infatuation with Varsity Blues, the Boston Red Sox, and Russell Wussell Man Muscle Wilson. I suggested maybe we should dump a few jermajesties down on this. He e-mailed me back with, simply, “settle down.” An hour later, this betting site corrected their mistake and changed the odds to 35/1. I am told they will honor those who took advantage of the glitch. Come January, there’s a decent chance my foot will be permanently “settling down” in the Sports Guy’s colon.

4800/1: odds that disgraced Mayweather/Alvarez judge C.J. Ross is actually able to tell her ass from her elbow

Even Alvarez’s mother called for Corrupt Judge Ross (yes, I’m using her full name) to step down. To her credit, C.J. has since done the right thing and taken “indefinite leave.” Rumors are now circulating that she was exiled to Japan, where she immediately embroiled herself in another controversy after scoring this sumo match a draw.

I snuck this picture …

… the other day after Lavell helped us out with a comedy bit on Jimmy Kimmel Live.

Not to worry: Baby Doll has plenty more cancer cartons stashed in his rental car. So strange for a guy who quit for good (“I shit you not. I’m done”) in January.

I think Dallas might win the NFC East by default. Congrats @TheCousinSal on a 1st round blowout by SF

@TheCousinSal I nearly crashed my car when you said Andy Reid looked like the planet mars. Made my day

Well, I almost crashed MY car when I realized the absolute best-case scenario for my Cowboys is, in fact, a home playoff game vs. the 49ers. Thanks a bunch, MASanchez10. I hope the first nine MASanchezes aren’t nearly as insensitive.

750,000/1: odds that you will laugh harder at any man-on-the-street comedy piece than you will at the latest Target Demo Emmy Edition bit that aired this week on Jimmy Kimmel Live

That’s Tony Barbieri working the mic. He’s as crazy as he is funny, and he has eight tubes’ worth of lipstick permanently caked between his fingers and a horrible case of meningitis stuck to his hands to prove it.