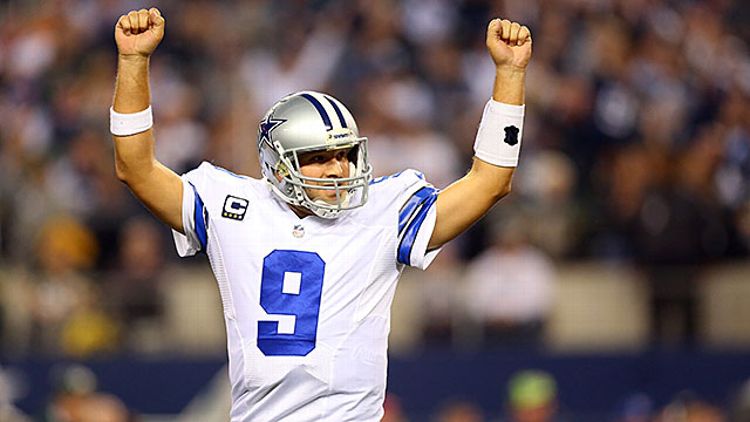 In Week 14, the Saints thrashed the Panthers 31-13. Actually, I take that back, as I just learned that “thrash” means to beat repeatedly and violently with a whip or stick. After looking back at the All-22 footage of that game, I see nothing at all that resembles a whip or a stick. The refs were really on top of their game that day regarding the use of foreign objects. Let’s just agree that New Orleans beat Carolina soundly, and Jimmy Graham scored twice with six grabs totaling 58 yards. As stout as the Panthers linebackers have been, they, like everyone else in the league, have a miserable time covering the fantasy freak the Saints line up at tight end. At almost 3/1 odds, this is a sound wager. 10,000 jermajesties

I would write off the Raiders as being in tank mode if not for the fact that I’m holding on to an “Oakland under five wins” ticket from September. One thing’s for certain: The Raiders’ defense has been abysmal and susceptible to the big play. To their credit, they’ve also scored their share of long touchdowns. In fact, a touchdown of 40-plus yards has been scored in eight of the last nine Raiders games. Lace those cleats good and tight, Danny Woodhead. You’re about to have the game of a lifetime. 30,000 jermajesties

Redskins to score over 25.5 points vs. Cowboys

Do I really have to dig up numbers to convince you this is a sound play? Fine. The Cowboys’ opponents have gone over their expected point total in their last three games (and three out of their last four road games). Over that three-week span, all the greats — McGloin, McCown, Flynn — have combined for more than 900 yards passing. In the past two games, they’ve allowed eight touchdown passes to the backup flavor of the week. Oh, and here’s one more stat: Their defensive coordinator, Monte Kiffin, is so old he owes Jesus $5. It’s a Christmas joke! 30,000 jermajesties

Three-team teaser I would love if, years ago, I hadn’t sworn off three-team teasers because they are evil, money-sucking, turd wagers that never, ever win and make little sense otherwise, since you can go five out of six on two teasers and still lose vig money, which is absolutely insane when you think about it.

Broncos (-.5) over Texans
LOCK! LOCK! LOCK! PEYTON AFTER A LOSS: LOCK! WADE PHILLIPS AFTER A WIN OR A LOSS OR A TIE: LOCK!

Patriots (+12) over Ravens
I couldn’t find Bill Belichick’s record when getting 12 points on a three-team teaser after a loss, but I bet it’s pretty effing good.

Bears (+13) over Eagles
Warning to all fantasy players/degenerate gamblers: If the Cowboys beat the Redskins early, the Eagles will have nothing to play for Sunday night (the Cowboys-Eagles finale will be for the division, regardless of the outcome of the Sunday-night game) and will likely sit their starters. I know that’s a gigantic “if,” considering Dallas’s propensity to suck, but if you add the 10 points and move that line to 13, Chicago becomes a solid bet regardless of how hard Philly is trying. Welcome back, Lance Briggs. Now if Urlacher, Ditka, and Singletary could rub some dirt on it and return to the starting lineup, Bears fans could have a game to look forward to in February. 25,000 jermajesties

Over/under 1,237.5 times this week that I have watched this clip of Jerry Jones getting destroyed by a reporter following the Cowboys’ latest epic collapse vs. the Packers

Earlier in the week I tweeted that there’s not enough plastic surgery in the world to mask J.J.’s perturbed look at the 55-second mark. I love the contrast between “Proud Jerry,” thinking he got one over on the reporter after reminding him that he’s won three Super Bowls doing things his way, and the hazy glare Jerry gives after being reminded that the Cowboys have won one playoff game in 15 years. It’s reminiscent of the look Biff from Back to the Future would give every time he ended up covered in horse manure.

16.5 iPad Airs is also about what I blew on the Lions money line last Monday. Did I mention how much I hate gambling? Weird thing is, if Tucker misses that crazy field goal, all we would be talking about this week is Harbaugh’s inept play call to run up the middle on third-and-10, setting up a 61-yard field goal for his kicker, on the road, in a loud dome. That, and the fact that the Duck Dynasty dude is dating Lance Bass. Wait, did I read that wrong?

Just like heavy metal great Cinderella taught us back in the late ’80s, you don’t know what you got (till it’s gone).

Over/under 9:47 CST Sunday evening before the Packers make a decision on whether Aaron Rodgers is starting this Sunday afternoon

OK, so they finally named Matt Flynn the starter. I just don’t get what takes so long. Do the Packers really have this difficult a time finding a Cheesehead with a medical degree to clear their franchise player? What’s the debate? I see Rodgers every week grilling meat on a plane with Norm from Cheers. He looks absolutely fine.

I promise I have no advanced knowledge of the outcome, nor do I plan on paying to see this farce later this week when it comes out. My question is, couldn’t Gerber Pictures have nabbed a more realistic, big-name, aging star who might possibly have given Stallone a fight? I’m thinking more along the lines of a Clint Eastwood or maybe even Zsa Zsa Gabor. At this point I would take the cat in Meet the Fockers over De Niro in a battle of the fisticuffs.

Over/under .5 people who still give a crap about who Joe House and I take this week in the Las Vegas Hilton Supercontest

Just to recap: We were tied for second entering Thanksgiving week; now we’re firmly out of the money and in 43rd place. I’m including myself among those who no longer give a crap.

@BillSimmons odds on who cried harder- Ur son when Cena lost or @TheCousinSal when Romo romo'd the GB game? I have Sal as -250 favorite

You win. I’m beginning to think pro wrestling is less scripted than the end of Dallas Cowboys games. I look forward to Shanahan slamming Garrett over the head with a folding chair while the referee isn’t looking, then covering for the quick three-count to put us out of our misery.

Hey @BillSimmons + @TheCousinSal, when @RobLowe is sitting in bed during the opening scene of Wayne’s World, he’s eating Shakey’s Pizza.

Also a great reminder to never tattoo your name on your chest when badmouthing your boss on network television while wearing a Barack Obama mask. You laugh, but it happens a lot more than you think.

That’s that. Enjoy Week 16 and sorry in advance for blowing all your Christmas loot.