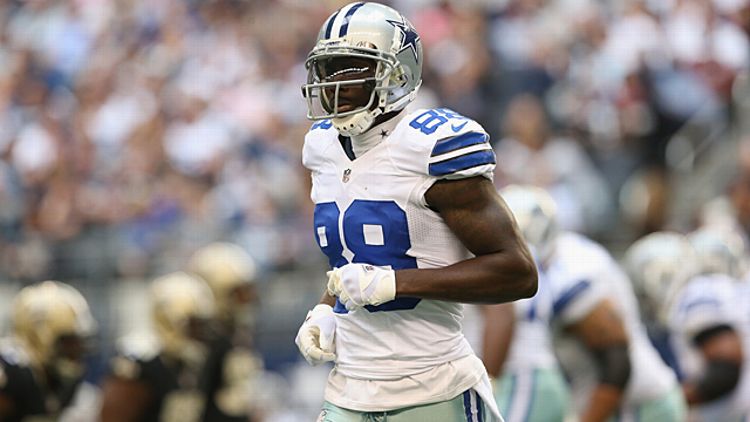 Hello, degenerate gamblers! We are back and I could not be more excited. For the past week, I’ve been salivating at the thought of a new NFL season, walking around with my tongue dragging across the living room carpet — reminiscent of a twerking-tweak-headed Miley Cyrus adorned in a Tony Romo jersey.

If you followed my prop wager advice last season you profited more than 270,000 jermajesties.* I say that with the utmost confidence mostly because I’m counting on you all to be too lazy to research to see if that is accurate. Hopefully you held onto some of that family summer vacation loot. Let’s do something real with it.

I hate to pile on the Raiders but get used to it — because this year, I’m going to be doing a lot of piling on the Raiders. I, for one, don’t believe Al Davis is in hell. But if he is, he definitely is being forced to watch this game on Time Warner. Colts 20-6 at the intermission. 25,000 jermajesties

Jets/Bucs under 20 points in the first half

You have to figure Rex Ryan is going to play this one really tight. At least to start. I don’t see Geno Smith testing a pissed-off and determined Darrelle Revis early on. And what are his weapons anyway? A banged-up Santonio Holmes? A healthy Stephen Hill and Jeremy Kerley? That’s about as threatening as a pogonophora, which I just found out on Google is a tube-dwelling worm that lives in very deep ocean, far from a light source, and lacks a mouth. On Tampa’s side: I suspect a healthy dose of Doug Martin in the first 30 minutes. No need to show off here, Coach Schiano. Take your 13-3 lead at the break and flex your muscles in the second half. 15,000 jermajesties

Pittsburgh’s offense scored only 35 touchdowns in 2012. This season they lose deep threat Mike Wallace. The Steelers are expected to pound it out behind a suspect offensive line with Isaac Redman, who they reluctantly named their starting tailback the other day. Jason McCourty and newly acquired assassin Bernard Pollard will do enough damage in the Titans secondary to keep the Steelers in the teens for most of this game. 20,000 jermajesties

This may be wishful thinking. In fact there’s no way it’s anything except wishful thinking, but I can envision Romo and Dez doing a lot of showing off Sunday night. Keep in mind, we came a Dez thumbnail away from sweeping the Giants last year. By the way — why do fans say “we” (like I just did) when referring to their favorite team but refrain from doing the same when discussing their other favorite things? For example, I love Bryan Cranston and root hard for his villainous character in Breaking Bad, but I wouldn’t dream of associating us as a unified entity. “I don’t know why Walt initially lied to Skyler about the gasoline fiasco. We really had her right where we wanted her. That’s always our problem. We lie to everyone.” Huh? Rants like this would render me an insane person, right? OK. Glad that’s cleared up. 5,000 jermajesties

Three team, ten point teaser I would love I hadn’t sworn off three-team teasers years ago because they’re evil money-sucking turd wagers that never, ever, ever win and make little sense otherwise since you can go five out of six on two teasers and still lose vig money, which is absolutely insane when you think about it …

I feel like a winner already for staying away from Baltimore +7.5. Let’s see … Belichick over an injured rookie quarterback in his debut game … check. Chuckstrong over a second-fiddle quarterback leading a team that’s playing with a 40 percent salary-cap deficit … check. The third game was tricky. Always is. But if the revamped Chiefs are anywhere as good as I think they’ll be, this should be the easiest game on the slate. If these two teams matched up in Week 10, Kansas City would be favored by a healthy eight or nine points. And if it were played in 1967, they’d be favored by 100 points, primarily because the Jags didn’t exist. Just remember — I am in no way authorizing you to bet this or any teaser. 50,000 jermajesties

Having the best running back in the league sprint by you is a good way to test to see if those offseason anger management classes are paying off. Back to real wagering — Schwartz to be the first coach fired at 15/1 is not a bad deal. He should maybe drop 10 grand on that himself.

Over/under 337.5 times this year you will hear football pundits talk about the over/under of games RG3 and Michael Vick will play this year.

Monday Night Football color commentator Jon Gruden alone is good for six of these, as well as 10 or 11 nicely timed malaprops. Keep your eyes on a swivel, Gruden!

Listen to the first 10 minutes of my appearance on the B.S. Report this week for more excruciating details. If I’d been driving a DeLorean, right now I could be desperately seeking an auction draft with mid-1400s Ottoman Turks. Too Dennis Miller–y?

Hey Seacreep, you have 75 tv/radio jobs plus you get to bang the hottest chicks in Hollywood. You have enough on your plate. Stay away from our game!!

I offered this gem to my pals Mike Lombardi and Alec Scheiner who run the team (I just read that back to myself. Wow — does that sound obnoxious!) and they still haven’t done a damn thing about it. T-shirts, key chains, license plates, posters, lawn furniture!! You’re sitting on a gold mine, fellas. But in 48.5 hours I’LL be sitting on a gold mine.

Another thing you’re going to have to get used to is the bevy of “Monte Kiffin is old” jokes I’m about to unleash this season. Jones had the bright idea to hire a 73-year-old man, several years removed from coaching in the NFL, to head up the inconsistent Cowboys defense. It’s such a bizarre choice, I’m starting to think it’s diabolical. Here’s my theory. Jones is hoping something tragic happens to Kiffin during the season, forcing the players to rally around him. Montestrong! A little clunky — but it’ll work. Stay tuned.

7,450,000,000/1 odds that some fantasy owner had the first two TD scorers of the NFL season, Vonta Leach and Julius Thomas, in their starting lineup

And now I wait patiently to hear from the one insufferable nerd from Spokane who belongs to a 47-team fantasy league to prove me wrong.

@TheCousinSal I know u don't have a fantasy team so maybe u can help me w mine this week. Romo at home or Eli at "home"???

Over/under 394.5 completions for me in a two-hour span shooting this bit seen on Jimmy Kimmel Live! last night

Take the over. Proud to announce I shattered the record for a celebrity’s cousin’s completion percentage while shooting a man-on-the-street skit. Good news, Raiders. The talented man in the wheelchair just cleared waivers. He and the old lady are available for your practice squad.

The Grantland NFL Podcast with Bill Barnwell and Robert Mays