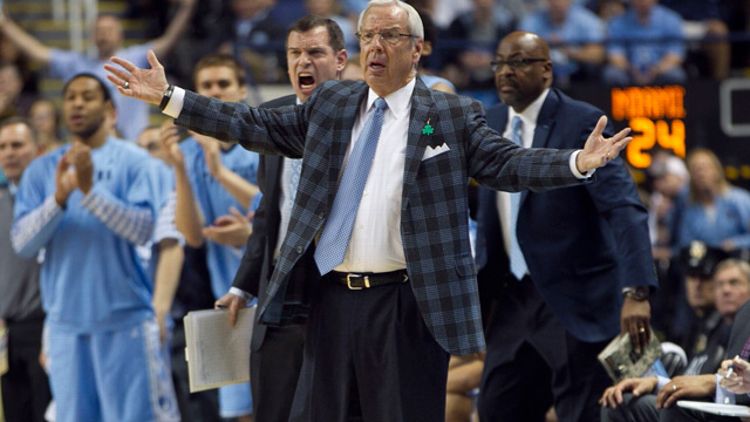 Hello, degenerate gamblers. March Madness is upon us, so whataya say we get mad together? Props are plentiful in this year’s NCAA tournament. Some of these are harder to find than a clean Lindsay Lohan urine sample, but I promise if you go online and search hard enough you’ll hit pay dirt.

There will be ZERO buzzer-beaters during the second-round (Thursday-Friday) games (-140)
Aside from the over/under for Joey Chestnut hot dogs consumed, this is my favorite annual bet in all of sports. I’ve won with this play the last two years. Yes — betting against buzzer-beaters makes me the equivalent of the kill-joy douche bag who plays the don’t-pass line in craps. But I don’t care — it’s an adrenaline rush like none other. Remember — you lose only if the game ends on the shot itself. If the shot sends the game into overtime, it is not considered a buzzer-beater. If there’s .3 still on the clock after the shot is made, it is not considered a buzzer-beater. If some drunken coed sets off an app that sounds like bees swarming while a free throw is converted — not a buzzer-beater.

Let’s break down this prop. Of the 32 second-round games, 25 or so are not going to be within seven points in the final 30 seconds — so those are throwaways. (I completely made up that stat but it sounds about right.) That leaves only a handful of games you have to watch from the edge of your laptop. Please jump on this one with me, if for no other reason than I don’t have to feel like such a loser.

A Big East team will win the NCAA tournament (2/1)
I have two Big East teams and two Big Ten teams playing in the Final Four, with Georgetown and Louisville advancing to the championship game. Both squads are battle-tested, winning a combined 26 of their last 28 games in the toughest conference (that’s right — I said it, Patriot League) in the land. The odds are low, and with good reason.

This is the first time I’ve seen this particular prop and I’m not embarrassed to say I am madly in love with it. Like Sammi/Ronnie in love with it. My research tells me this one loses almost as much as it wins (the George Mason/Butler/VCU years were a killer) but the best thing about this prop is the vast opportunity to hedge. A no. 14 seed can win three games and you’re still in OK shape. First off, there’s no guarantee they’ll win their round of eight game, and if you’re scared you can go bet that 14-seed probably at 3/1 odds going into that quarterfinal game.

Regional odds (not necessarily who I think will win but where I see some value):

Saint Louis may be one of the few teams that can handle Louisville’s talent and depth. Unfortunately, it could have the opportunity as soon as this weekend. The Billikens compiled a 13-3 record in the very tough A-10 conference, posting multiple wins over Butler and VCU this season. Saint Louis is as hot as any team in the country right now. With ballers like Cody Ellis and Dwayne Evans peaking and the thought of winning for late head coach Rick Majerus looming — the Billikens have a decent shot to make a run.

UNC 20/1 to win the South Regional

Roy Williams said he was “stunned” (translation — pissed off beyond belief to a point where he’s not going to get embarrassed anytime soon) that his team was set up with a no. 8 seed. The future Hall of Fame coach will undoubtedly have something up his sleeve if/when his team meets up with his former and wildly overrated Jayhawks squad on Sunday.

Wisconsin 5/1 to win the West Regional

Not much not to like about the Badgers. If you watched the Big Ten tournament or any of their regular-season victories over Michigan, Michigan State, Ohio State, and Indiana, you were sure to be impressed with their ability to spot up from 3 as well as their clamp-down defense. If the Badgers get to the Sweet 16, they’re as likely to wrap up the West Regional as anyone else.

NC State 22/1 to win the East Regional
Perhaps I’m overly inspired by the recent 30 for 30 on the ’83 championship team. I’m looking forward to the ESPN documentary 30 years from now in which you degenerates give testimonials about how I made you millions off the 2013 NC State team at 22/1. Isn’t gambling the best? Don’t give up. Don’t ever give up.

My gut feeling is that number will be at exactly six with two seconds left on the clock before the announcer chokes out another one. NO BUZZER-BEATERS!!

Over/under 3.5 readers of this blog who could correctly identify South Dakota State’s mascot

Make no mistake about it — I’m not saying my readers aren’t knowledgeable. I’m saying they aren’t plentiful. Certainly all three or four of them are familiar with the Jackrabbits.

Over/under 453.5 people who change their phone plans to North Carolina A&T out of sympathy for this poor bastard school after Louisville thrashes it by 60

Dumb joke. I promise there will be more.

I look forward to the visual of Rick Pitino cutting down the nets with the help of Papa Joe’s Pork Chops and a plastic knife.

357,800/1 odds that while filling out his bracket President Obama gets high off Magic Marker fumes and accidentally pushes the nuke button, obliterating North Korea

Let’s just hope Dennis Rodman is visiting when it happens.

Over/under 16.5 Marquette-ritas consumed by my dear cousin Micki on the Pacific before she filled out her bracket

It’ll make sense — sort of — if you watch the following:

I’m currently looking into what kind of odds you can get on Bucknell (apparently pronounced BUCK-nell) winning it all in a game that sees only 28 points scored.

That’s that. Enjoy the madness. And for those interested in my bracket, find it here and play me in fantasy hoops at fightclub.com.

Solving the Real Problem With the NBA's Tanking Epidemic