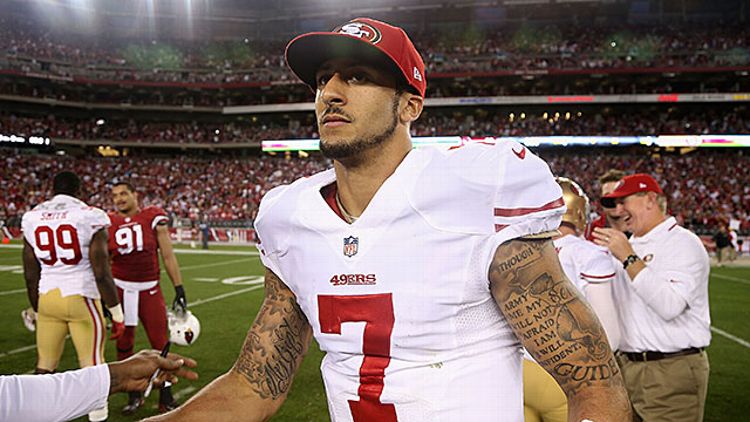 Wow, look at that. I actually was in the black last week. Maybe I should piggyback Bill Simmons’s column with a short blurb every Friday. (I’m joking; you’re getting 1,200 words whether you like it or not.)

The good news is since then I’ve lost on Baylor AND Alabama money-line plays (both were 17-point favorites). Not to mention I’m bleary-eyed from taking care of (err … watching my tireless wife take care of) our brand-new infant son who sleeps during the day, and is as active as Will Ferrell promoting an Anchorman sequel at night. So these prop plays should be rock-solid. Take all following football prognosticating advice with a grain of cyanide.

Laying over two to win one for this prop seems harsh unless your memory is good enough to recall the left-for-dead Jason Witten torching the Eagles’ secondary with 12 catches and 135 yards a few days ago. Philly’s fastest and most athletic linebacker, Mychal Kendricks, gives up a good half-foot to the 6-foot-7 Graham. The others will be nonfactors against this freak of (red zone) nature who has enjoyed goalpost dunks in five of his last six games. 20,000 jermajesties

The over isn’t normally a wise play when it comes to Kaepernick’s passing yards, unless he’s lining up against Green Bay’s front seven. In his last two games against the Pack, the 49ers signal-caller has thrown for 263 and 412 yards, compiling QB ratings of 92.4 and 129.4. This Sunday, the frigid weather will be offset by the fact that Kaepernick doesn’t have to face Clay Matthews (thumb) or Ray Nitschke (dead). 25,000 jermajesties

Bengals over 27 points vs. Chargers

Cincinnati has been on fire at home, putting up 41, 42, 42, and 34 in their last four games at Paul Brown Stadium. The offensive onslaught will continue against the Chargers, who — let’s face it — after last week’s subpar performance deserve to be playing in January about as much as Duck Dynasty’s Phil Robertson deserves to present at the Tony Awards. 25,000 jermajesties

Two-team teaser I would love if, years ago, I hadn’t sworn off two-team teasers because they are evil, money-sucking, turd wagers that never, ever win and make little sense otherwise, since you can go three out of four on two teasers and still lose vig money, which is absolutely insane when you think about it.

(Two teams with six points subtracted from each favorite spread/added to each underdog spread — and all must win to cash; ties lose.)

Chiefs (+8) over Colts
Wide receiver Dwayne Bowe (concussion), linebacker Justin Houston (dislocated elbow), and left tackle Branden Albert (hyperextended knee) are all expected to return to the Chiefs, who have revenge on their minds after losing to the Colts a few weeks ago. Jamaal Charles (106 rushing yards on 13 carries in their first meeting) will be the best player on the field Saturday and should pose enough problems to, at worst, keep this a one-score game for the Chiefs.

Bengals (-1) over Chargers
It’s official — I really, really like the Bengals (see above). I like them so much I’m even OK with Marvin Lewis’s decision to start his second string against the Bolts. Not true — but I swear the Josh Johnson/Dane Sanzenbacher combo would be unstoppable. Besides, the Bengals are going to have an impossible time meeting the Seahawks in the Super Bowl as I predicted back in September if they can’t cover the minus-1. This is a gimme. 20,000 jermajesties

High temperature (in degrees) at Lambeau Field this Sunday vs. Fox cutaways to signs in the crowd insinuating that Aaron Rodgers is gay

That number is expected to be around four. It’s ridiculous that in this day and age, Rodgers’s sexuality is the focus the week leading up to the playoffs. I, for one, don’t care if he’s gay or not. In any event we should put the question to rest by asking George Wendt, who was forced to sit next to him in a fake airplane cabin for 14 hours while they shot a Discount Double Check commercial. Norm is the most honest alcoholic I know.

5/2 odds that in 2014, Peyton Manning is seen in an endorsement for Hostess cupcakes, Nutella, Funyuns, or any other known stoner delicacy

I know Roger Goodell has a lot of pull, but legalizing marijuana in Colorado immediately following the regular season in efforts to drug the Broncos and level the playing field in the NFL playoffs is going above and beyond.

Over/under 3,654.5 fantasy football titles that were affected when the NFL agreed to let Manning keep his single-season passing yardage record, even after it was determined the record was achieved in part when Manning threw a lateral (not a forward pass) to Eric Decker last week versus the Raiders

I have a very simple and exciting way to set the record book straight. Manning shows up for the Pro Bowl. Drew Brees picks the defenders. Manning has one play to gain seven yards. If he achieves that, he gets the record and has his asterisk removed. If he doesn’t, Brees keeps the record but is forced to have that weird birthmark by his eye removed. Everyone’s a winner.

Over/under 36.5 times Jason Garrett would’ve had to have pantsed Jerry Jones at the Dallas Cowboys Christmas party in order to be fired

I seriously don’t know what it’s going to take. Is there some hidden leaguewide, anti-discriminatory caveat that prohibits inept redheaded coaches from being terminated? Here’s what I would like: a Trading Places scenario with Garrett and Rob Ford, the crack-smoking mayor. Neither of them deserves to still be employed in their current position, so let’s mix things up in 2014 and have Ford coach the Cowboys and Garrett run the city of Toronto. You’re welcome, Paramount Pictures!

The ACC's No Good, Very Bad Week, and Why It Doesn't Matter

About Last Weekend: Pack Frozen Out