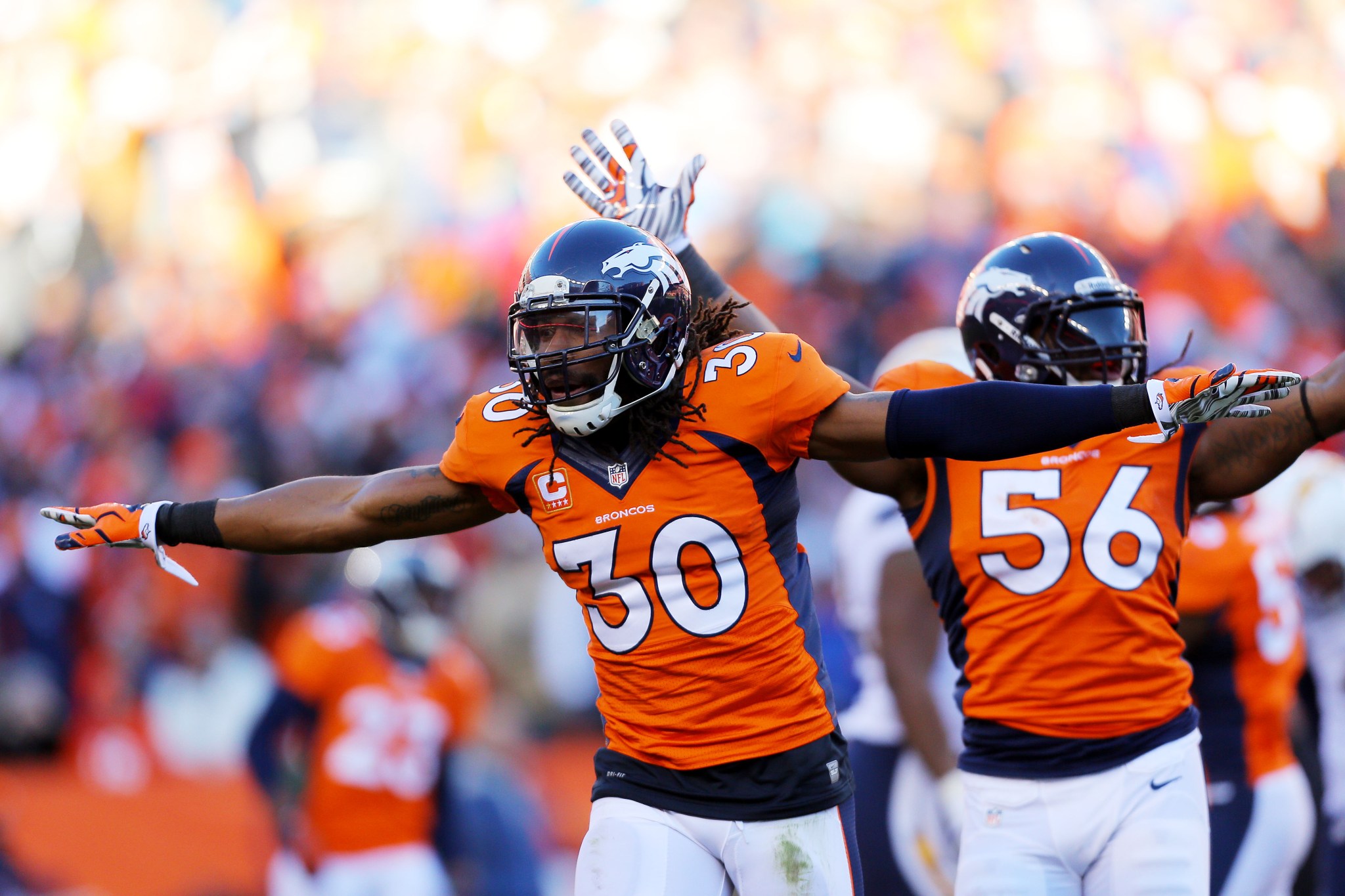 In the mid-to-late ’80s the WWF announcing team of Gorilla Monsoon and Bobby “The Brain” Heenan was unmatched. Gorilla provided an unbiased account of the goings-on, while The Brain told it like it was from a heel’s perspective. One of my favorite common exchanges between the two came when The Brain would provide instigative commentary like, “Hillbilly Jim hails from Bowling Green, Kentucky. To graduate from Bowling Green all you have to do is prove you can milk a cow with your left hand.”

Gorilla would often shoot back by deeming Heenan “the fountain of misinformation.” To his credit Heenan had some whacked-out thoughts when it came to the pro wrestling narrative, but not once do I remember him telling fans to never take all four favorites to win in the divisional round of the NFL playoffs. Nor do I remember him ever approaching a 300,000-jermajesty deficit in one season. Sadly I am quickly becoming this generation’s fountain of misinformation.

It’s almost over. You only have to put up with my gushing misleads for two more weeks before I venture off into the sports hell hibernation known as the offseason. Here are some seal-tight prop picks for the conference championship week.

I promise you I’m losing at least three of these. I know these are lofty numbers considering the Broncos are up against one of the great criminal playoff minds of all time in Bill Belichick. The bottom line is this: New England is overvalued. Not the region of the country (wonderful people, delicious food, stunning topography). I’m talking about the team. Last week they played a soft Colts squad who didn’t deserve to get as far as they did. This week they’re facing Peyton Manning, who will be remembered forever by his performance in this very game. That’s right. Peyton Manning’s legacy will be defined this Sunday from the hours of 3 to 6:15ish p.m. ET.

You may think the Papa John’s commercials are his legacy, but no; it is this game. The four overseas neck surgeries, the anguish of being unceremoniously released by the team he put on the map, the late-night carousing in Amsterdam’s red-light district with his father, Archie (I made that up) … none of it will matter if he doesn’t get this win. Back in November, when the Pats had a healthy Rob Gronkowski and the Broncos were without their star tight end Julius Thomas, Denver had a 24-zip halftime lead. And then the offense took its collective foot off the gas, and the defense took its foot off Tom Brady’s throat. It won’t happen again. Broncos big. 20,000 jermajesties each

When these two teams met in late November the Patriots forced Manning to check to the run. That backfired as Moreno went off for 224 yards on 37 carries. I don’t expect a repeat performance, but since NE will likely employ a similar plan, I like my chances at even odds of Moreno to attain a little better than one-third of that number.  75,000 jermajesties

This is what they call a miracle hedge bet. And yet, I can hear it now …

Nantz: Brady … back to pass … looks to the back of the end zone … TOUCHDOWN! Michael Hoomanawanui. And the Patriots draw first blood.

Simms: We talked about Brady and Belichick making adjustments. The great quarterbacks, great coaches do just that. No Hernandez. No Gronkowski. They still find a way to make an unknown third-string tight end a star.

Nantz: And we should mention that Cousin Sal just cashed in on his 20/1 bet on Michael Hoomanawanui to score first.

Simms: That’s exactly right. We talked about it before — don’t let the jermajesty deficit fool you. When it comes to prop prognostications, that Cousin Sal is a genius. 10,000 jermajesties

I hit on this prop last week when Kaepernick squared off against a, believe it or not, less physical, less disciplined Panthers defense. Let’s double it up against this fierce front seven that held the tattooed tip-toer to 31 yards the last time they matched up. 50,000 jermajesties

Fact: One NFC team has held at least a 14-point advantage at some juncture of the game in seven of the last nine conference title games. These conference championship games tend to get out of hand early. Bad weather, bad blood, phantom special teams miscues all amount to more lopsided affairs than Fred and Wilma Flintstone.  Bottom line — anytime you can get the OVER for the largest lead in one of these games at less than two TDs you have to take it. 60,000 jermajesties

This ball-carrying beast has scored six times in the last three games vs. the 49ers. It helps when you somehow have the ability to stiff-arm 11 defenders plus the coaching staff all at once. This is a smart play (the others — not so smart) at -130. 60,000 jermajesties

Two-team teaser I would love if, years ago, I hadn’t sworn off two-team teasers because they are evil, money-sucking, turd wagers that never, ever win and make little sense otherwise, since you can go three out of four on two 2-team teasers and still lose vig money, which is absolutely insane when you think about it

(Two teams with six points subtracted from each favorite spread, added to each underdog spread, and all must win to cash in; ties lose.)

For the first time this season I just read the disclaimer above that’s been posted for the last 20 weeks. I’ll pass on the misery of a two-team teaser. 0 jermajesties

850,000/1 odds that Fox producers win a Nobel Prize for their new technological display during the Seahawks-49ers game where, throughout the game, infrared cameras show the players’ changes in temperature

Seems like just yesterday when the referees would take the players’ temperatures rectally during commercial breaks. This game is changing too fast for my liking.

Over/under 37.5 ounces of love lost between the Seahawks and the 49ers

Under! Under! Under! These teams closed down their love lost-and-found for lack of items. They are Lindsay and Paris, John and Kate, Nicki and Mariah, Snooki and Angelina, Shia and his sobriety all wrapped up in one. I can’t wait. Let’s do this already!

5/2 odds Bill Belichick purposely held Tom Brady out of practice Tuesday and announced that he skipped the session over an illness because … well, because that’s exactly the kind of thing he does

And I’m sure it worked, too. No doubt John Fox dispatched two assistants, who could otherwise be doing productive work, to watch tape of Ryan Mallett’s sophomore year at Arkansas just in case the very healthy Tom Brady can’t play. Genius!

“OK, honey, before you leave Avis are you sure you took everything? Wallet? Cell phone? Lip gloss? Semiautomatic weapon?”

This gun-toting beauty might be just dense enough to make a run at the vice-presidency in 2014. Trigger fingers crossed.

@BillSimmons @TheCousinSal What were the odds Cousin Sal would drop an F bomb on the podcast and it wouldn't be Cowboys related?

Frankly, I don’t blame the censors for falling asleep during my and the Sportsish Guy’s wrap about Girls’ season premiere. Bad job by me!

@TheCousinSal its San Francisco not San Fran. Are you too cool for 2 extra syllables?

575,000/1 odds we see an owl attack in either of the conference title games similar to the one that occurred with pedestrians outside the Jimmy Kimmel Live studios earlier this week

As that last tough guy would say, “I can watch it over and over until the cows come hahm.”

And that’s that. Enjoy the conference championship games.