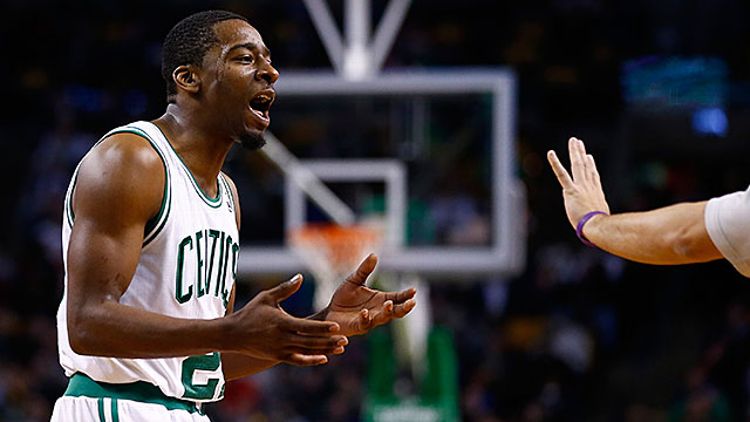 The early-season success of Jordan Crawford is so peculiar that it’s hard to know where to begin. Let’s start with this: Fifty-eight players have attempted at least 95 midrange shots, but nobody has made a higher percentage of them than Crawford. Here are the top five:

That’s a real list, you guys. Four of those shooters are the usual suspects, players we expect to see when we study jump-shooting efficiency in the NBA. One of them is not. Crawford is like that creepy couple who snuck into the White House a few years ago, and now everyone is looking around saying, “Wait, WTF is he doing in here?”

He’s eating the caviar is what he’s doing. And, remember, this isn’t the first time he has surprised us:

Despite that viral introduction to the hoops world, Crawford entered the NBA with a questionable basketball reputation. The scouts questioned his focus, executives doubted his maturity, and fans recoiled at his seemingly unjustified swagger. But nobody ever questioned his talent, particularly as a jump-shooter. In his first few seasons he got labeled as a problem player and was indicted as a bad teammate. As a result, he has already played for three NBA teams.

However, the sneaky thing about Crawford is that despite all the different addresses, by the numbers he has actually exhibited the kind of development trajectory that scouts, executives, and fans all love to see. Now in his fourth full season, in Boston he finds himself in a positive and focused environment, with additional responsibilities. And he has responded with the best numbers of his career.

Two seasons ago, Crawford made 40 percent of his midrange shots; last season he made 43 percent; this season he’s up to 51 percent, which is probably not sustainable, but we’re a quarter of the way through the season and that’s really promising. He has shown similar growth pattern as a 3-point shooter. Just two years ago he made only 29 percent of his 3s; last year he made 35 percent, and this season he’s making 40 percent. Crawford’s image might not mesh with what we generally associate with player development, but his shot chart is beginning to resemble that of a very trustworthy NBA guard. 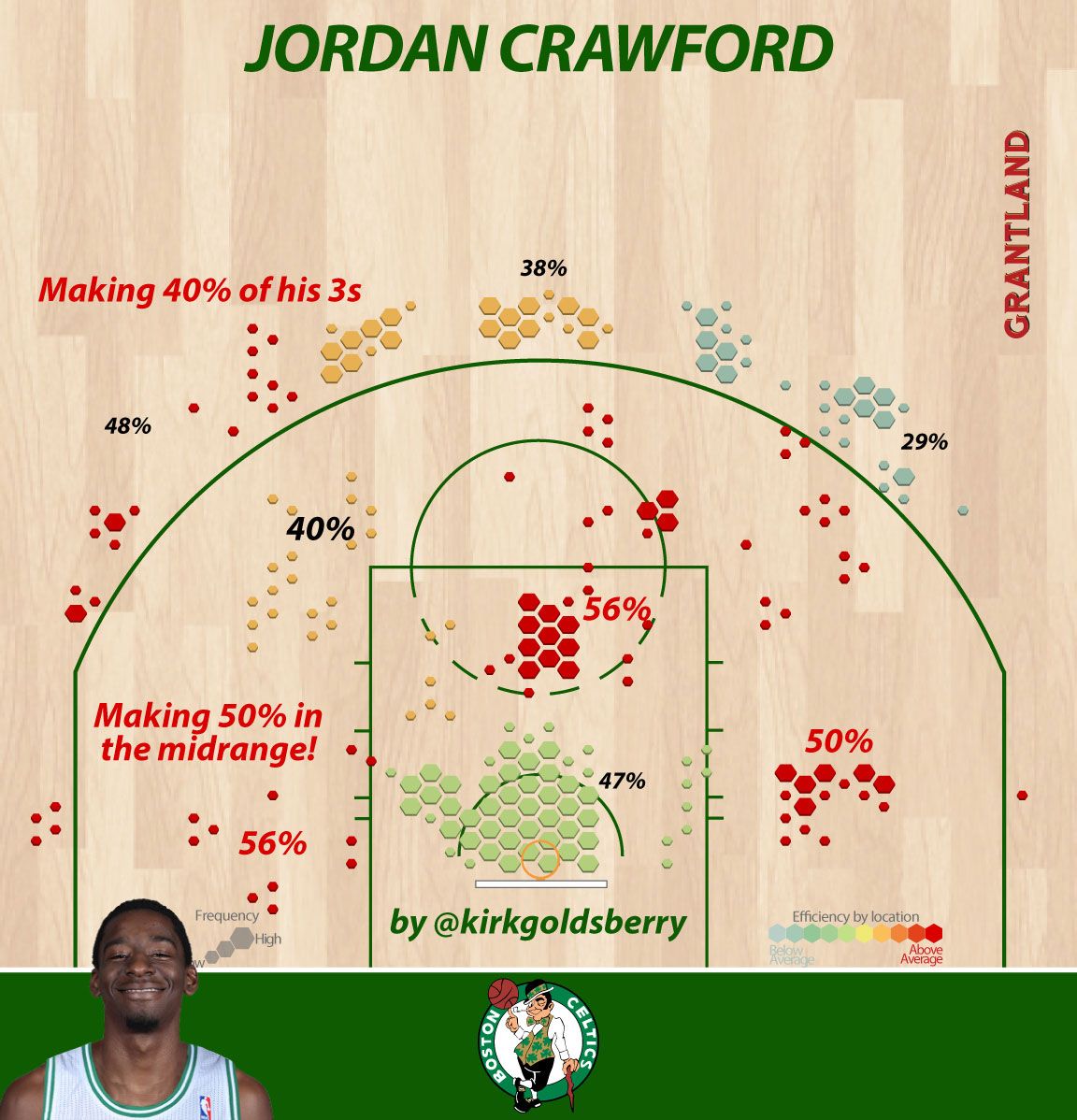 His improvements as a shooter are very impressive, but this season the Celtics are expecting Crawford to be much more than just a jump-shooter. He’s currently 11th in the NBA in total touches. He’s one of the team’s primary distributors, and he seems to be making the right decisions. This is noteworthy because, going way back to his days at Xavier, people have always doubted his ability to share the ball. Take a look at this excerpt from a 2010 profile on DraftExpress:

Crawford rarely looks for his teammates off of the dribble, which is a shame considering the attention he garners from opposing defenses and his above-average court vision.

But this season, he’s not hogging the ball and he’s making quicker and smarter passes. He’s throwing 56 passes per game and averaging 6.6 assists per 36 minutes, which is by far the highest mark of his career; conversely, despite a much higher playmaking burden, his turnover rate is the lowest it has ever been.

It’s too early to tell if Crawford has evolved into a serviceable NBA point guard, but nobody can complain about his early-season numbers. His emergence is the first real coup of the Brad Stevens era in Boston. Crawford has stabilized the Celtics backcourt and enabled Avery Bradley to slide back into his comfort zone as a 2-guard. Some Celtics fans are legitimately worried about what will happen to Crawford’s role and his minutes once Rajon Rondo returns from his injury. That would have been a crazy thing to write just a few months ago.

There’s not much to like about the Ewwwstern Conference this season, but Crawford has been a bright spot. The Celtics have won six of their last 10 games, which is downright elite in the Atlantic Division, and he is one of the big reasons why. Looking forward, it is unclear what will become of Crawford — he might get dealt, he might not; he might become a sixth man when Rondo returns, he might not. No matter what happens, though, Crawford’s hot start has certainly done one thing: It has changed his reputation and challenged the perception that he’s not a very good teammate.