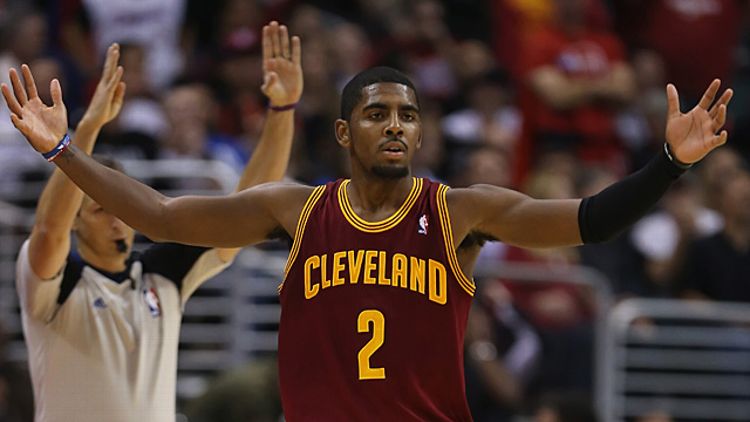 You know those commercials in which Kyrie Irving dresses up like the Unabomber and hustles some local playground dudes while sideline folks cheer him on and enjoy diet soda? Well, those are far-fetched; everybody knows the Unabomber is an awful basketball player. Kyrie Irving is not an awful basketball player. In fact, at 20 years old, he is quickly emerging as the league’s youngest superstar. 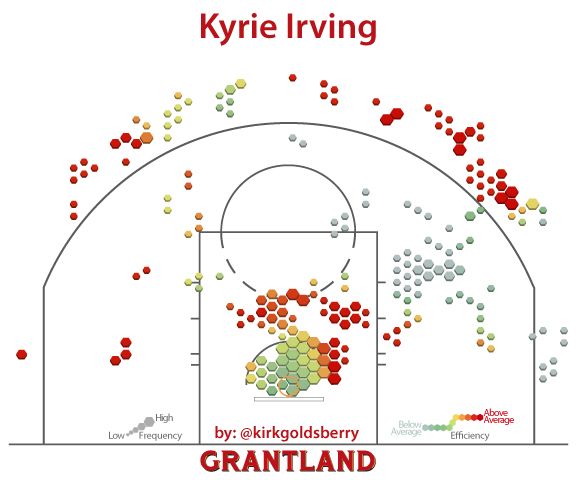 From an offensive perspective, Irving’s got three elite talents that define his game:

His handle: He’s one of the best ball handlers in the NBA. The simple ability to use the dribble to attack, alter passing angles, and quickly turn outlet passes into layups is commonly overlooked. Who is the best ball handler in the NBA? Who knows, but Irving is definitely in that conversation. Using an array of crossovers, spins, and behind-the-back maneuvers, he is both freakishly adept and very creative with the ball in his hand. It’s beautiful to watch.

His 3-point shooting: So far this season, Irving is making 44 percent of his 3-point shots. Although this is based on a very small sample size, it shouldn’t surprise anyone. Last season he shot 40 percent from beyond the arc, making him arguably the best 3-point shooting point guard in the league. Chris Paul and Ty Lawson both shot 38 percent. Irving especially loves the wings and the top of the arc, where he shoots almost 44 percent, 10 percent above the NBA average. 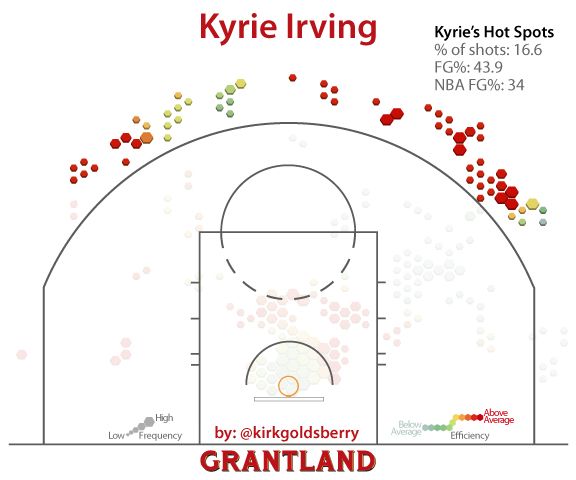 Close-range scoring: Although he rarely dunks the ball, Irving is an attacking guard with an uncanny ability to score around the basket. Thanks to his court vision and his all-world dribbling talents, Irving gets to the rim a lot, but what separates him from players like Ricky Rubio, Kemba Walker, and Jeremy Lin is that he’s an effective close-range scorer; he may have the best layup skills in the league. Check his YouTube highlights and you’ll see countless examples of him drawing contact and making improbable off-balance, off-hand layups in the presence of giant NBA defenders. Furthermore, when one of those giants hacks him in the act, he makes his free throws at Nashian levels (87 percent last season). As he evolves into a more cagey NBA superstar, there is little doubt he will learn how to get to the line more. 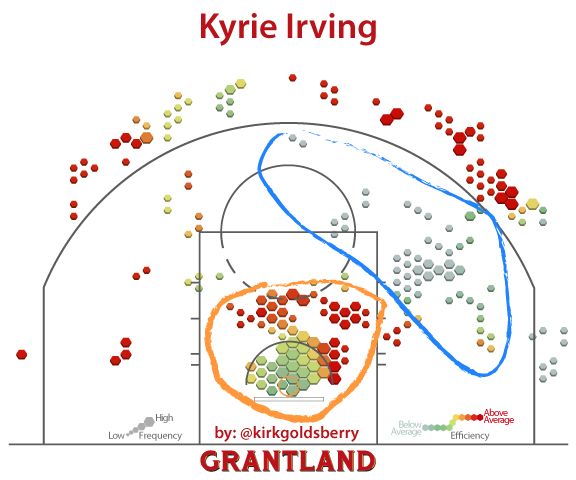 If there’s a flaw in Irving’s game it’s his mid-range shooting, although this is not unusual for young guards. Conventional wisdom suggests that Rajon Rondo can’t shoot; however, even Rondo outshot Irving from mid-range last year (39 percent to 38 percent). Like Rondo, Irving gets a lot of scoring opportunities around the elbows, but he fails to convert these at a high rate (in the blue area above). He could learn a thing or two from CP3 about mid-range shooting from the point guard position.

While we’re addressing weaknesses, some people cite his low assist rate as another shortcoming in his game. This is annoying. Remember, Irving plays for the Cavs. While other elite point guards are throwing passes to forwards like Blake Griffin, Tim Duncan, Kevin Garnett, and Pau Gasol, Irving’s passes land in the hands of Alonzo Gee and Tristan Thompson; in pass-and-shoot situations, an “assist” depends equally on the passer and the shooter, and Cleveland’s shooters are not that dependable. Still, Irving is averaging more than six assists per game this year, which is definitely not horrible. Is there any doubt that number would increase if he were playing with better players? The addition of Dion Waiters has already opened up space and opportunities for Irving, but his frontcourt mates still lack offensive firepower.