We Went There: The Return of the Old Firm Derby 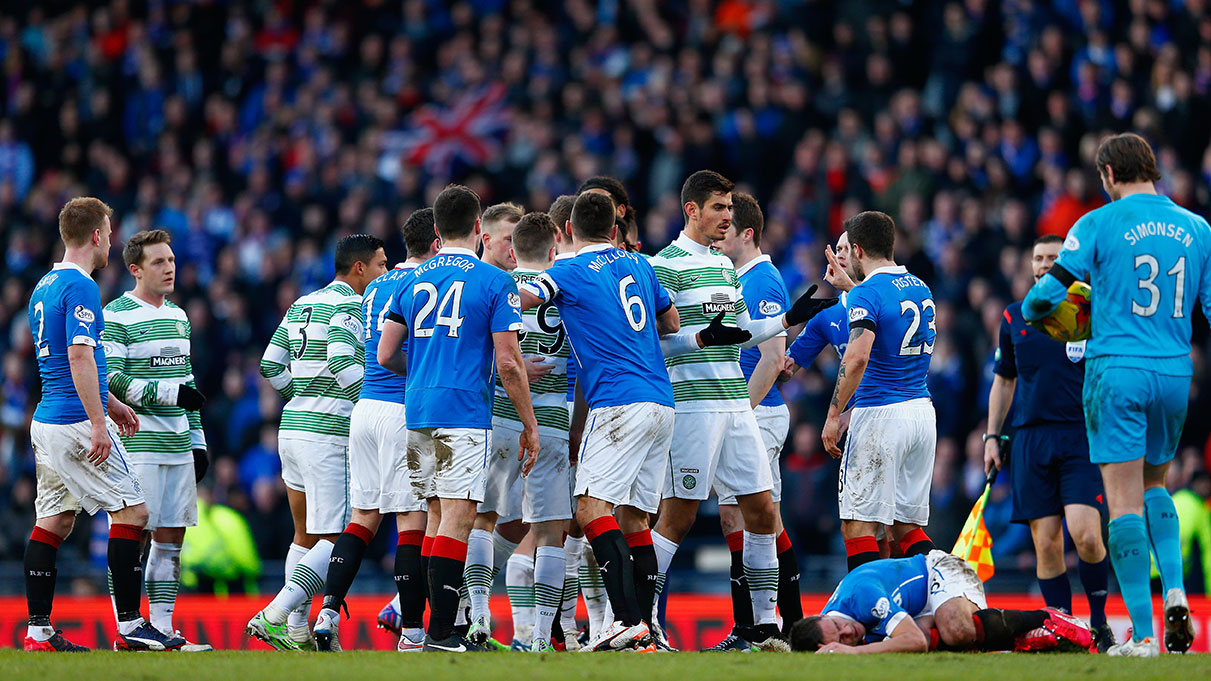 There was a certain halfheartedness to the way Celtic manager Ronny Deila celebrated his club’s victory over Rangers after the full-time whistle, performing his now customary fist-pump routine in front of his own fans. Bragging rights don’t mean so much against such helpless opposition.

The blue half of Hampden Park — the age-old, neutral battleground between Glasgow’s two bitter rivals — had emptied long before, leaving behind nothing more than the lingering air of factionalism and toxic bile that comes with every Old Firm derby. Police arrested 12 fans for alleged sectarian breach of the peace, with scuffles between supporters running into the night across the city.

Almost three years had passed since the last clash between these two teams, cultures, and ideologies — because the Old Firm is about religion and politics just as much as it’s about soccer — but for all the venom and malice between the two sets of fans in the crowd, there was something else amiss about its return. Celtic won 2-0 over Rangers, with both goals in the first 31 minutes, and it was never particularly close. 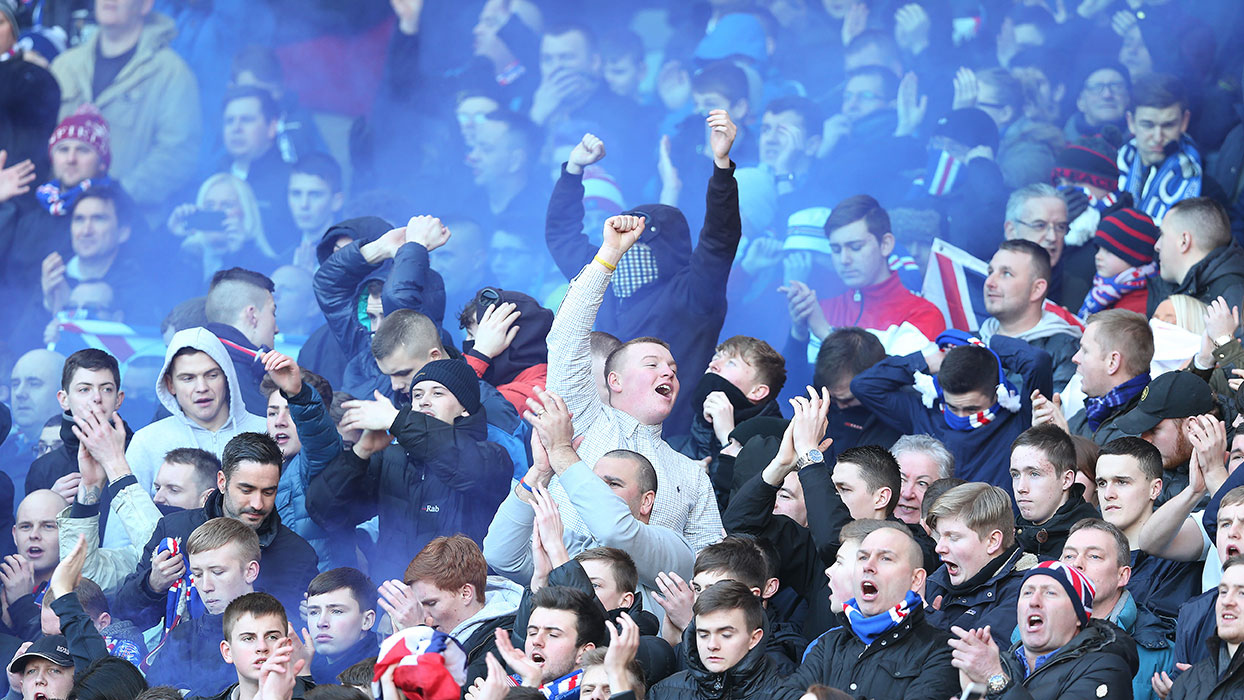 Historically Scotland’s most successful soccer team,1 Rangers has fallen toward financial ruin. After entering liquidation in 2012, the club was banished from the Scottish Premier League and forced to reapply for league membership at the foot of the pyramid. Every contributing player was sold off or released from contract, replaced with free transfers and fading veterans. Back-to-back promotions have taken Rangers back up to the Scottish Championship — the country’s second tier — but they currently trail leaders Hearts by 16 points.

Most incredibly, though, reckless mismanagement and boardroom politicking have led the club to the brink of financial oblivion once again, as millions of pounds in emergency loans were needed just to keep Rangers afloat this season. Without outside investment, the lights would have been switched off long ago, and so Rangers found an unwanted savior: Mike Ashley, owner of Premier League side Newcastle United.

Ashley has provided the Glasgow club with £13 million in loans over the past three months, becoming the team’s third-biggest shareholder in exchange. Not just content with lending Rangers cash, Ashley also lent the club five Newcastle players on transfer deadline day. In a boardroom battle at Ibrox among several prospective investors, Ashley is winning through sheer commodity. But for all he has done to keep the club’s head above the rising tide, his involvement has been met with suspicion, widespread protests, and general unrest. Given the way Ashley has neglected the team and disenfranchised fans at Newcastle, it’s not a surprise.

“He will suck this club dry,” said one exasperated fan clad in red, white, and blue outside Hampden, spitting for emphasis as he snarled at the very thought of Ashley in control of his club. “He is a leech and doesn’t give a shit about Rangers. All he wants is to line his own pockets, but we won’t let him do that.” It’s a sentiment that reflects the general mood of the club’s fan base. “They hate him in Newcastle, and we already hate him up here,” another angry supporter told me. 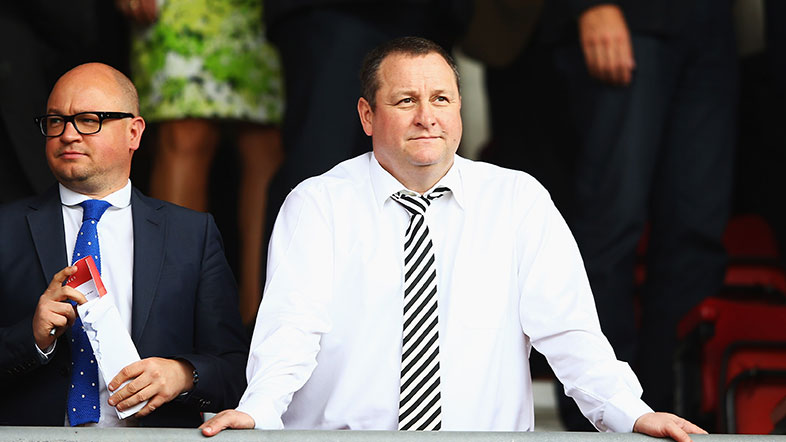 Rangers fans can take comfort in the knowledge that, under Scottish FA regulations, Ashley is prohibited from holding ownership or influence over the boardroom affairs of more than one club, ruling out a move for control of Rangers while he still owns Newcastle United. Of course, it hasn’t stopped the businessman from making a smoke-and-mirrors play for control of the Glasgow giants, purchasing enough stock — just under 9 percent of Rangers International Football Club PLC — to appoint a number of his henchmen to the club’s board.

Derek Llambias — a close associate and confidant of Ashley’s — has now been made chief executive, heightening suspicion that the Newcastle United owner is indeed the one pulling strings at the Glasgow club. Ashley was due to face the SFA to explain his interest in Rangers earlier this month, only for the hearing to be postponed and a conference call arranged as something of a compromise between the two parties. Although it’s unlikely that Ashley will even take that call.

The uncomfortable truth for Rangers is that, considering the past few years, Ashley might actually bring a degree of stability to the club, even if that means siphoning off the club’s commercial entities and diluting its identity as one of the two best teams in Scotland.

“Newcastle are financially stable, but they lack ambition,” said Chris Graham of the Rangers Supporters Trust. “Newcastle fans and others comment on how the soul has been ripped out of their club. We can relate to that with what has happened over the past few years, but it isn’t too late for us. Rangers means a lot to a lot of people. We are not prepared to become another Newcastle. With all due respect to them, mediocrity is not acceptable at Rangers.”

Based on Sunday’s Old Firm derby, mediocrity would be a step in the right direction.