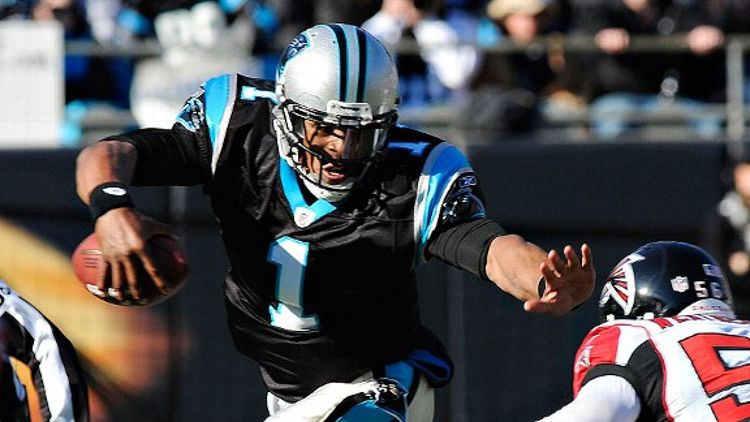 On Tuesday, I got to partake in one of the most satisfying experiences anyone can enjoy in Vegas: Cashing out your futures bets. After waiting five months for the bets I placed in August to play themselves out to a conclusion, I got to drive around town on Tuesday and pick up my hard-earned money.

As you may recall, I wrote up my preseason bets as part of Grantland’s NFL preview, so now seems like a good time to take a look back and see how my picks turned out. All the bets I’ll cover below (short one, which I placed in Week 17 for the playoffs) were mentioned in that piece from the summer, so you’ll be able to see that I’m not cheating or ignoring losing bets from before the year. And as you will see in the table below, my preseason bets ended up turning a nice profit, returning 146.6 percent of my initial investment.

How did they get there? Well, it wasn’t always via the route I expected. Sometimes, it’s better to be lucky than good. I’ll break down which bets went the way I thought they might — and which didn’t — below.

As a refresher, remember that these bets are relative to the team’s win total over the full season. Using the Broncos as an example, I bet the over on their line of 6.0 wins, meaning that I would win if Denver went 7-9 or better. I would have pushed (tied) and had my money returned to me if the Broncos went 6-10, and I would have lost had the Broncos won fewer than six games.

Thanks, Cam! The Panthers didn’t confirm this bet as a winner until Week 15, but this one felt like it would be a winner from the start. Carolina started the season 2-8, but played virtually everybody tough and only really got blown out once, when the Titans beat the Panthers 30-3 at home in Week 10. The sad thing is that the Panthers might have even had a shot at competing for a playoff berth this year; they went 1-5 in games decided by a touchdown or less, and while they scored the fifth-most points in football, their defense collapsed after losing three starters (notably middle linebacker Jon Beason) to season-ending injuries early on.

On the other hand, this one certainly did not feel like a winner from the start. Reviews of this bet from the Grantland staff have ranged from “Wow, you got lucky” to “You should never complain about a single bad bet for the rest of your life,” but I’m going to argue that I wasn’t quite as lucky as I seem. Before the season, my argument against the Bears was that their performance in 2010 was unsustainable. They won an unsustainable percentage of their close games, they stayed ridiculously healthy, and their league was about to take away their significant advantage on special teams.

Through their first 10 games, the Bears managed to maintain every one of those things. They played three games that were decided by a touchdown or less and won all of them. Outside of a long-term injury to right tackle Gabe Carimi and some upheaval at safety, the starters stayed extremely healthy. And, despite the league’s rule changes, Devin Hester remained a menace to the opposition, as he returned two punts and one kickoff to the house.

And then Jay Cutler got hurt. He was followed to the training table by Matt Forte, and after that the Bears turned into the team from the preview. In addition to the key injuries, Chicago started the Caleb Hanie era by losing three consecutive games by one score or less. They weren’t “due” to lose all of their close games — that’s the gambler’s fallacy — but just as they were lucky to win each of their three close games to start the season, they were unlucky to lose in those three close games. Hester, meanwhile, disappeared in plain sight: He didn’t score a single touchdown as a return man or receiver after Cutler went down, and his punt return average fell off by half.

So, through their first 10 games, just about everything went right for the Bears. In their final six, everything that could go wrong did. Am I lucky that the Cutler injury happened and my bet got saved? Sure. But I was also a little unlucky to be in a situation where my bet needed saving.

There are times when you lose bets that you simply deserve to win. If you bet the under on a game and the over comes in when a Hail Mary sends the game to overtime and there’s a touchdown on the opening drive, you can safely say that you had the right process and the wrong outcome.

I placed this bet immediately after the trade rumors about Kyle Orton going to Miami subsided, since the Broncos will be much better with Orton under center than any of their other QB options.

This is not one of those times.

The Jags hung tough against this one for a while, as they started the year 3-6 while playing the Steelers tough and manhandling the Ravens, somehow, on Monday Night Football. Eventually, though, injuries ravaged what had been a surprisingly successful defense, Jack Del Rio got fired, and Jacksonville went on a 1-5 stretch that sealed up another victory.

Have you noticed how weird and streaky the Jets season was? They started 2-0 at home before losing three straight, all on the road. Then they won three straight, but they ran into Brady and Tebow and lost two in a row. Once their bugaboos went away, the Jets won three straight and looked to be playoff locks … before they confirmed that they would fail to make it to 10 wins. Nobody has higher highs and lower lows than the Rex Ryan-era Jets, so it seems appropriate that they would have a season in which they were constantly either on a winning streak or a losing one.

This bet looked closer than it actually was for most of the season because of the lopsided nature of the Pittsburgh schedule. Before their Week 11 bye, the Steelers played the Ravens twice along with games against the Seahawks, Texans, and Patriots. After their bye, they had to play the 49ers, but they also got games against the Chiefs, Rams, and a home-and-home with the Browns. That’s much friendlier. When they hit that bye at 7-3, getting those four wins to hit 11 wasn’t going to be very difficult.

Well, can’t win them all. I wrote about the Rams’ expectations and what happened to them yesterday. I’m not sure who will end up taking this job as head coach or general manager, but the best advice I can give them is to grab a very, very good offensive line coach. If the Rams can get their seemingly promising offensive line back to where they expected it to be for 2012, they can produce a very good offense very quickly.

The logic that led me to bet on Cleveland to win the AFC North at +1000 (10:1) odds is lost on me, even as I read what I wrote back. “I expect the Browns to either be in first place in the AFC North on December 1 or expect them to be just behind the Steelers.” I do? How drunk was I when I wrote that? I think Grantland editor Robert “Baby Bear” Mays snuck that one in when I wasn’t looking.

The Panthers, on the other hand, I have no complaints about. The Panthers were at +3000, and those odds were too long for the actual value of the bet. You’re telling me that the Panthers, as constructed, don’t win the NFC South more than 4 percent of the time? I find that hard to believe. I’ll probably bet on them next year, and they will be at something closer to +400 or so.

The division bet I should have chased, in hindsight, was Denver, which was in the +700 range in Vegas and at close to +1500 in some offshore books before the season. The Vegas favorites won in just three (Packers, Saints, Patriots) of the seven available divisions, since the AFC South was off the board because of the Peyton Manning news. The Giants were at +350, the Ravens at +130, and the 49ers at +200. The 2-14 Rams were favored to win the division, at +160. Betting on football is the worst.

Well, these sure look dumb in hindsight. The Rams’ being awful might have actually helped Bradford’s chances, since he could have found himself throwing to catch up for most of the year, but his receivers couldn’t catch and he was basically on one ankle for half the season. Mendenhall was supposed to get a ton of carries for a team that was going to win a ton of football games; the Steelers held up their end of the bargain, but Mendenhall took a step backwards and looks for all the world to be an eminently replaceable running back.

I’m still very fond of this bet. I had to fade a field of 23 receivers, which ended up including everyone from viable candidates (Wes Welker, Larry Fitzgerald) to absurd jokes (Sidney Rice, both Mike Williamses?!?). In the end, Calvin Johnson won this bet at odds of +800, but I had a variety of possible winners come up short. Because I bet on the field, I would have won this bet if Victor Cruz had managed to go for 146 additional receiving yards.

Not bad for a team that’s going to play a home playoff game, right? This bet looked a lot better before the Matt Schaub injury, since the Texans were on pace to end up competing for the top seed in the AFC. If they can win two games, though, I’ll get some hedge value out of it. The same is true of the bet I placed before Week 17 for the postseason …

This one looks pretty bad nine days later. 20-to-1 to win three games doesn’t sound like that much, but consider that Detroit is going to have to beat New Orleans on the road, then beat Green Bay on the road, and then beat somebody else from the NFC on the road to claim the NFC North title. My log5 estimate that they can actually do that is in the 2.7 percent range, so a proper line for Detroit’s odds would be in the +3600 range. The LVH (formerly the Hilton before the corporate brand opted out of its deal this past year) wasn’t built by accident, people.

Is Virginia the Long-Awaited 'Third Team' in ACC Basketball?