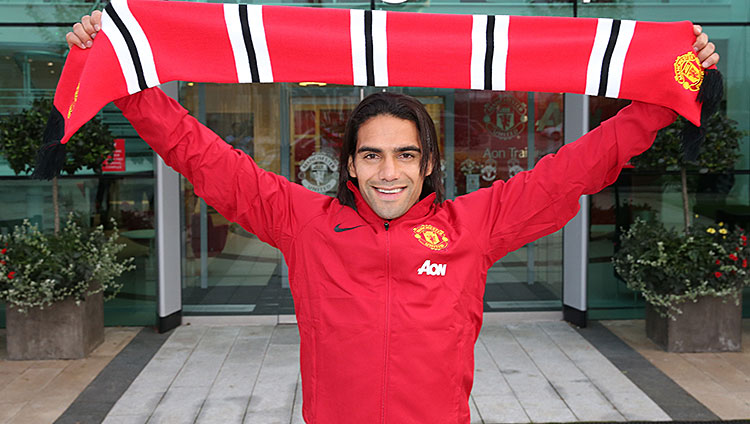 While minding my own business on the Internet, I couldn’t help but notice that soccer Twitter seemed to be losing its damn mind. What’s up with that?

Yesterday was soccer’s transfer deadline day, marking the end of the transfer window. It’s like the trade deadline in American sports, except it comes at the beginning of the season. After Monday, teams aren’t allowed to buy from each other for the rest of the season, except for a one month mini-window in January.

Monday was the last chance all of Europe’s teams had to improve themselves for the next half-season. As usually happens, a whole bunch of them waited until the last minute and, in a situation familiar to anybody who’s ever gone to high school, were left frantically filling out paperwork as the final bell approached.

I see. What exactly does all of this have to do with “Rock Me Amadeus”?

You are slightly confused. That’s Falco; yesterday, everybody was talking about Radamel Falcao. The striker — who you won’t remember as the star of Colombia’s World Cup team because he missed it after ripping up his knee last season — moved from Monaco to Manchester United on a one-year loan with an option to buy. Falcao was rumored to have been shopped all over the place this summer, which is particularly odd since it was only last year that Monaco broke the bank to buy him from Atlético Madrid.

Falcao is represented by super-agent Jorge Mendes and was heavily linked with Real Madrid and Manchester City throughout the transfer window. But United, apparently spurred by injury concerns with Robin van Persie, swooped in before the deadline and spent top dollar. What “top dollar” means is super unclear, thanks to the loan-to-buy structure of the deal. It might be that United are paying the first installment of a Falcao mortgage, or they may just be taking him on a really expensive test drive. This is all further complicated by Falcao’s extremely high, tax-free (yay, Monaco!) wages, which are not tax-free in England. Ultimately, the deal reportedly could cost United as much as £24 million for this year alone.

And it wasn’t all they did either. They also bought Daley Blind, last seen playing this pass for Louis van Gaal’s Netherlands team at the World Cup.

He’ll likely hunker down in United’s midfield, where he played for Ajax last year. United also shipped out striker Javier “Chicharito” Hernández to Real Madrid on loan and sent Shinji Kagawa back to Borussia Dortmund, from whence he came. The pair of players were either stars in the making who Manchester United misused horribly or overrated flops who couldn’t cut it on the biggest stage, depending on who you ask.

More interestingly, United sold striker Danny Welbeck to rival Arsenal, which we can talk about in a minute.

Falcao and Blind join Ángel di María, Marcos Rojo (eventually), Luke Shaw, and Ander Herrera as part of Manchester United’s offseason makeover. None of those players are center backs (though Rojo will likely play there, and, in theory, Blind could as well), and United are flying by the seat of their pants, backed up by the strength of their wallet. Panic-buying older strikers to paper over cracks elsewhere on the field might have worked when Alex Ferguson was still there (and Van Persie did win them the title), but United are now two coaches removed from Fergie Time and in desperate need of a coherent plan. If one is to emerge it seems it will have to come from Van Gaal in spite of United’s transfer activity, not supported by it. It’s not a good look.

OK, I get it, United’s got issu— wait, did you say they sold a striker to Arsenal?

Yep, this is where things get truly, utterly bizarre. Arsenal really only had one striker, Olivier Giroud, and he broke his foot. That left the North London team stuck with Yaya Sanogo (nope) or Alexis Sánchez (great, but not a true striker) as their only options up front. Arsenal were linked with Falcao, though they were probably never really going to expend the kind of money it would take to actually land him. They were facing months during which the lack of a striker would potentially cost them points, which could conceivably cost them fourth place. And who goes and solves that problem for them? A rival that believes itself to be (regardless of the reality of the situation) competing with Arsenal for at-least-fourth.

And that’s before we get to the issue of whether Falcao is even a significant upgrade over Danny Welbeck.

Numbers like that are never cut-and-dried, of course. Falcao was the star of his team and the focal point of defenses every week. He was also playing in a newly assembled, attack-heavy squad for nouveau riche Monaco. Welbeck has always been a complementary player for United, benefiting from significant time as a substitute by playing against defenders with tired legs (he started 15 games and came on as a substitute in 10 last season). It’s not a perfect comparison, but even with the caveats, it’s not something fans of either side should overlook.

United have spent the first month of this season making headlines for all the wrong reasons. On the surface, it seems like their deadline-day dealings bucked that trend. They got the big name they’d been looking for. The truth is, though, they may have done just as much, if not more, to help their rivals as they helped themselves. One of the worst things you can do as a sports team is overpay for past performance that you won’t see replicated. United almost certainly did that. Even if Falcao performs well, he’s likely at the tail end of his prime. And to make matters worse, they shipped the possibility of future results to their rivals. How’s that for a bad headline?