Building the Cases for Upsets by the Patriots and 49ers 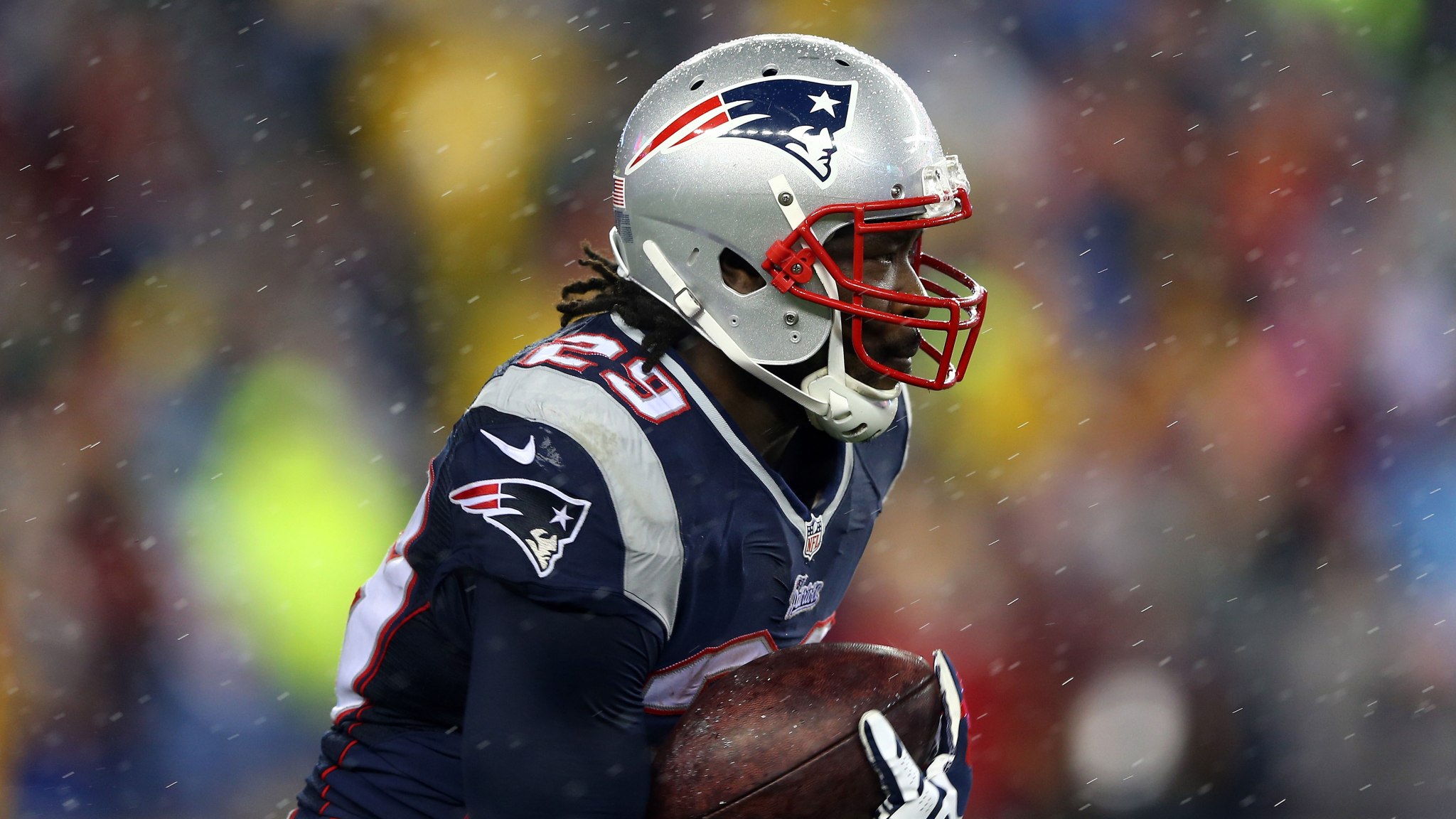 Over on the Grantland NFL Podcast, Bill Barnwell and I have an exercise we like to do when talking about underdogs. Imagining how the Broncos are going to win the AFC Championship Game isn’t very hard; Denver has been the best team in the conference all season and owns the most prolific passing offense in NFL history.

Doing the same thing for the Patriots is more difficult. The challenge is in finding whatever small advantages or strengths the lesser team has and building a case for why those might be enough to steal a win. In the Chargers’ game against the Broncos last week, that meant consistently running the ball well, converting manageable third downs, and controlling the clock. Obviously, even well-laid plans don’t matter much against the Broncos.

The Case for the Patriots 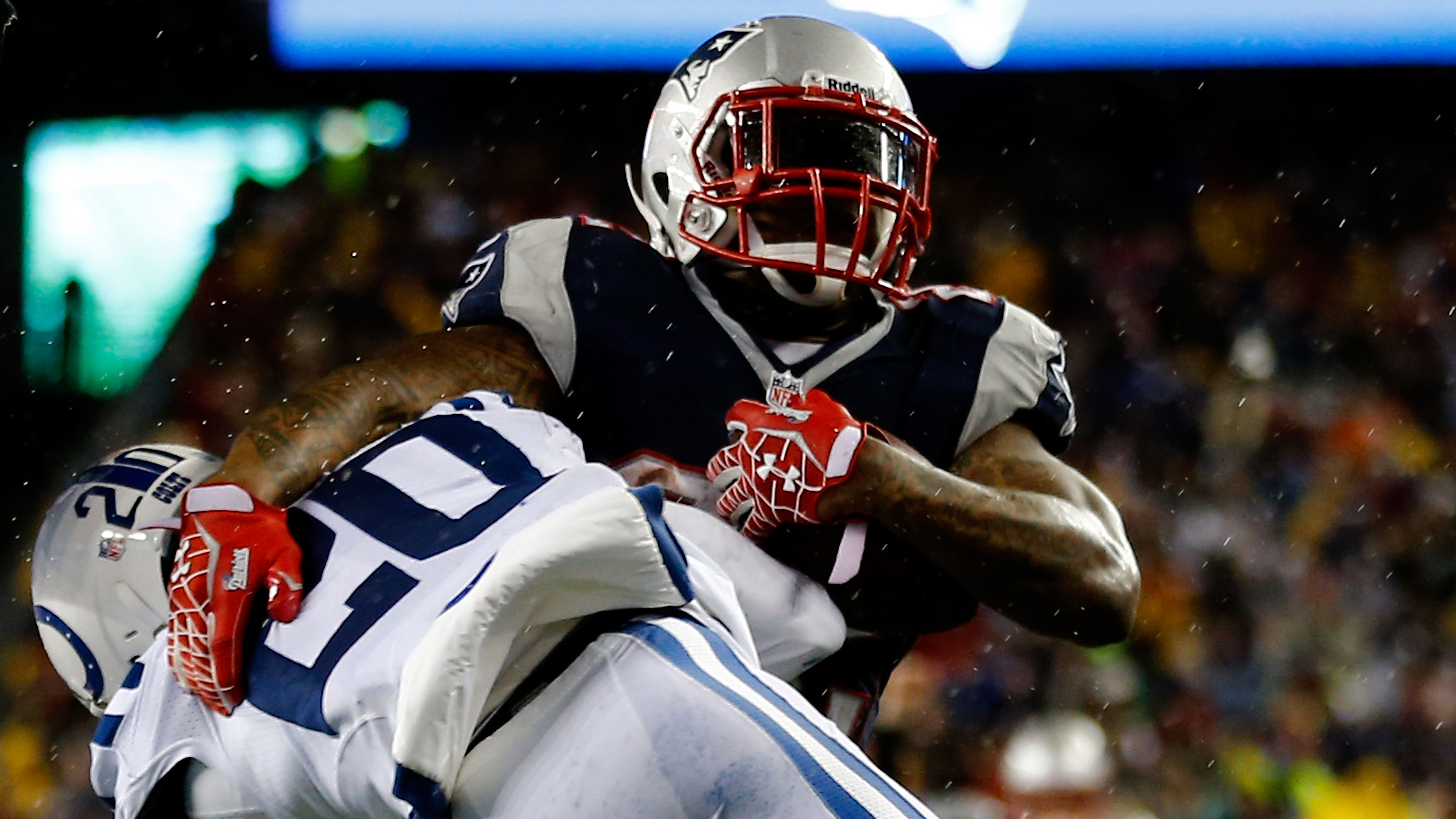 There have been times when a Patriots team facing a defense that struggles to stop the pass would almost be guaranteed a ton of points. This is not one of those times. Even though Denver’s secondary is facing an injury crisis (Chris Harris just went down for the rest of the season), and even though that unit was vulnerable when healthy, Tom Brady’s options on the outside are so limited (Julian Edelman is his no. 1 receiver), it’s hard to imagine him lighting up the sky against the Broncos. San Diego’s Keenan Allen is the kind of player that can torch backup cornerback Quentin Jammer; the Patriots have no such option.

New England’s calling card on offense these days is the run, and unfortunately for the Patriots, that’s actually an area where the Broncos have held up fairly well this year. Denver finished the season ninth in run-defense DVOA (against the pass, they were 21st). The goal here, though, is to build an argument for how New England can win, and despite how it looks on paper, that’s still on the ground.

The Broncos will be without three players who were essential to their run defense for most of this season: Kevin Vickerson, Von Miller, and Derek Wolfe. Terrance Knighton is still a very good player in the middle of the Denver defense, and the Broncos’ linebackers are more than adequate run defenders. But without that trio, New England should have a much easier time moving the ball on the ground.

The Patriots’ best game plan is probably going to resemble the one the Chargers used in beating the Broncos earlier this year and tried their best to replicate last week. In San Diego’s regular-season win in Denver, that meant a healthy dose of Ryan Mathews (29 carries for 127 yards) and using the running game to create easy third-down conversions, extending drives, and keeping Peyton Manning on the sideline. With Mathews slowed by a high-ankle sprain last week, San Diego’s run game struggled last week, and their offense’s ability to stay on the field went with it.

The Patriots’ offense is actually better suited to execute that same game plan. The Chargers are a decent team up front, but their offensive line isn’t capable of the bludgeoning New England put on the Colts last week. LeGarrette Blount and Stevan Ridley should be able to run the ball with decent effectiveness, and if they can, that should allow the Patriots to limit the number of possessions for Manning. And unlike most run-first teams, New England still has a Hall of Fame quarterback. The Patriots’ passing game isn’t good enough to be its primary focus on offense, but if the Broncos start committing extra players to the run, Brady has more than enough to take advantage.

It’s weird to be talking so much about rushing attacks in a Manning-Brady game, but that’s where we are. Bill Belichick is famed for taking away whatever a team primarily wants to do on offense, and obviously for the Broncos, that’s putting the ball in Manning’s hands. As a result, the Broncos will have fronts to run against on Sunday, and in the past, they’ve been more than happy to attack them.

When these teams played back in November, in windy conditions, Knowshon Moreno had a ridiculous 37 carries. He finished with a season-best 224 yards (the only week in which he cracked 100) — not a shock against a Patriots defense completely decimated up the middle. With Vince Wilfork, Tommy Kelly, Jerod Mayo, and Brandon Spikes done for the season, the Patriots’ run defense is the thinnest group on a team full of thin groups.

Belichick will scheme to slow Manning down, but it will be more about the execution than the plan. The Patriots probably aren’t going to totally stop the Broncos on the ground, but if they can at least contain them, they should have a chance.

The Case for the 49ers

Anyone cheering for a Niners win should probably just avoid the specifics from the team’s past two trips to Seattle. With San Francisco’s strong showings in Green Bay and Carolina fresh in people’s memories, it’s easy to forget that the past two road games against the Seahawks haven’t just been losses. They’ve been ugly losses (outscored 71-16 in those two games). The question when constructing a 49ers win on Sunday is what might make this trip different.

From a personnel standpoint, it’s fair to say that the 49ers are better equipped today than they were in the Seahawks’ Week 2 blowout. Getting Michael Crabtree back is the most obvious addition, but San Francisco is also stronger on the other side of the ball. Glenn Dorsey, who’s been a significant contributor to the Niners’ run defense in his first season with San Francisco, left the first game against Seattle with an injury, and Aldon Smith is playing significantly better in the past several weeks than he did early in the year before taking leave for substance abuse treatment. In terms of talent and performance, the Niners’ roster is the strongest it’s been all year.

Even with Crabtree, it’s likely San Francisco will have a hard time moving the ball through the air against the best pass defense in recent memory. He and Anquan Boldin are both big, physical receivers, but separation from very good man coverage is typically a problem for each. That’s exactly what they’ll see on Sunday. Typically, if teams work to take away both receivers, Vernon Davis stands as a dangerous alternative down the middle of the field (see the wild-card win against Green Bay, when the conditions were really all that stood between Davis and a couple of long completions down the seam). Unfortunately for the Niners, Seattle happens to have the best coverage safety in the league manning the middle of the field.

With the drop-back passing game being an unlikely option, there are two places where the Niners might be able to find small advantages on offense.

The first rests primarily on the shoulders of Colin Kaepernick. While Seattle finished the season at the top of nearly every pass-defense metric imaginable, one area where they seemed to struggle was on plays where the quarterback managed to escape the pocket. According to ESPN Stats & Information, they ranked 15th in Total QBR allowed on those plays. When considering the other factors of a quarterback extending the play, that makes sense. Getting outside the pocket means both that Seattle’s vaunted pass rush didn’t get home and its cornerbacks have to hold up even longer in man coverage. Kaepernick occasionally improvises a little too often, but this is a case where it might be to the Niners’ advantage. Really, he can’t be any worse than he’s been. Kaepernick’s completion percentage against the Seahawks is a full 10 percentage points lower than his career figure (60.6 to 50.5), and his yards per attempt drops a full two and a half yards (8.4 to 5.9).

The second area where the Niners might have an edge is where their biggest strength and Seattle’s biggest weakness overlap: the run game. The Seahawks still finished the season ranked eighth in run-defense DVOA, but that’s considerably worse than their dominant pass defense. The 49ers have struggled to run the ball in Seattle, but several teams this year (Tampa Bay, St. Louis, Houston) have put together big days on the ground.

How San Francisco chooses to go after its rushing yards could be a key factor. There will no doubt be a healthy dose of Frank Gore throughout this game, but if we’ve come to expect anything from Jim Harbaugh’s teams, it’s a willingness to dig out some old tricks. A few read-option keeps from Kaepernick might help slow down a group of edge rushers that were a nightmare for the 49ers in Week 2. That action, combined with a play action option off it, might be a way for the Niners to manufacture something in the passing game.

On the other side of the ball, Vic Fangio has to be hoping the Seahawks’ pass protection might be their downfall. It should be noted that Seattle played a majority of this season with a banged-up offensive line that was without Pro Bowl left tackle Russell Okung, but the Seahawks did finish dead last in adjusted sack rate. Seattle’s slow-developing, big-play passing game combined with Wilson’s tendency to hold on to the ball in hopes of extending plays leaves the Seahawks vulnerable to very good pass rushes. And right now, the 49ers have one of those.

In the past, Wilson has had success when San Francisco brings extra rushers. He completed nearly 69 percent of his passes, while averaging 9.7 yards per attempt, when the 49ers brought five or more rushers this year. Compare that to only 42.9 percent completions and 6.6 yards per attempt when the Niners brought four or fewer. San Francisco may be better off rushing four and hoping the combination of Aldon Smith and Ahmad Brooks (who’s typically underrated but is playing better than ever right now) is enough. With how they’ve looked and Seattle struggling to protect the quarterback at times, that might be enough.

An ideal game for the Niners would include plenty of chances to get to Wilson, mostly because that would mean the Seahawks had decided to go away from their running game. This is an instance of strength overlapping with strength. It’s no secret that Seattle wants to primarily run the ball, and no team is better at defending the run right now than San Francisco. The 49ers have yet to allow a 100-yard rusher this season, and Marshawn Lynch managed only 72 yards on 20 carries when these teams met in Week 14. Stopping the run and forcing Seattle to throw more than it wants to should be the Niners’ no. 1 goal.

Kendall Marshall said the meme of him not defending Nick Young "looked really bad" but was also "hilarious."