Breaking Down Russia’s Alexey Shved and His NBA Potential 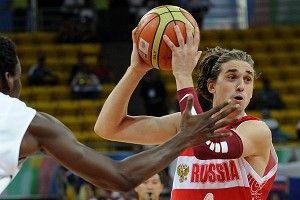