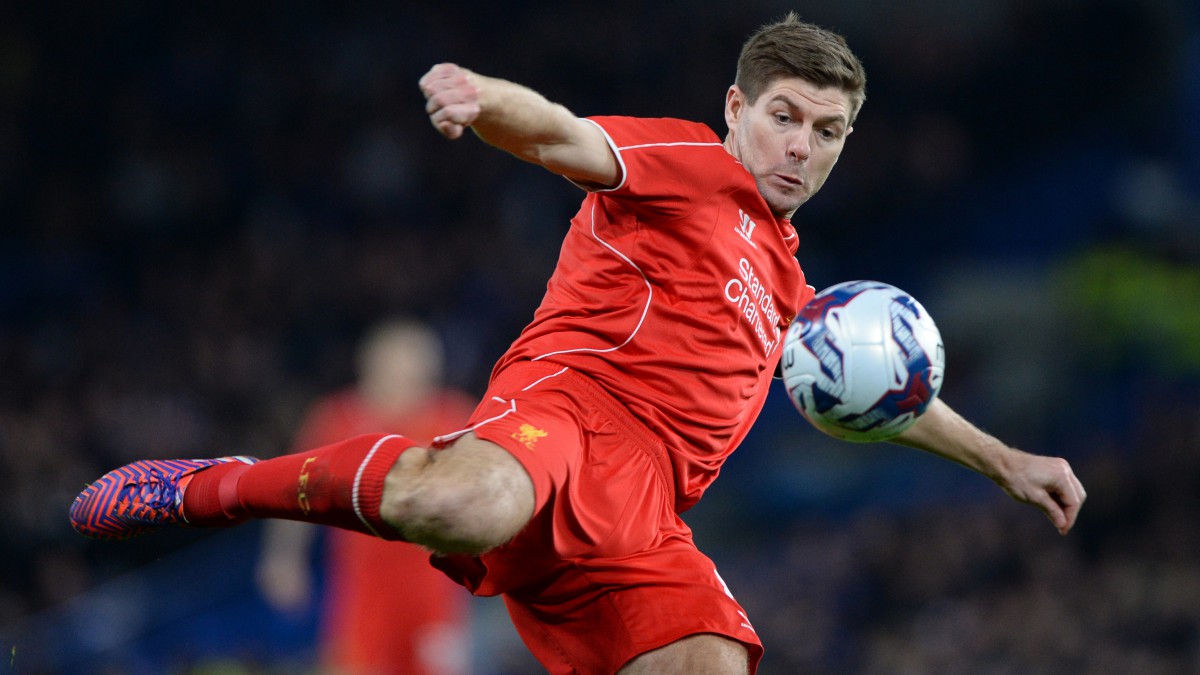 I’m thinking about the connection between a fan and an athlete — I mean the essential one, the basic identification, the feeling that the person in the red shirt is representing me out there. That some important part of me is wrapped up in another person’s ability to hit a jump shot, score a free kick, return a serve, make a tackle. It’s one of the simplest forces in sports; also surely one of the strangest, because why should I care whether you can catch a ball or not? Why should that have the power to make me happy or cause me pain? And yet I not only care whether you can, I feel involved when you do, as though my wanting you to do it somehow made you do it — as though desire made you my avatar.

On some pre-broadcast-media, hyper-local level, on the village green or the high school football field or whatever, it’s easy to see how this would work. The fans know the athletes. They know their families. When the Muggleton boys ride over to the next town to take on Dingley Dell, of course a Muggletonian will feel invested. The outcome of the match has something to do with her tangible, everyday reality. What’s mysterious about fandom, though, is that it doesn’t seem to diminish as it becomes depersonalized. Strangers on TV awaken the same quick bloom of sympathy, even when they’re playing for cities to which neither you nor they have any lasting ties.

Steven Gerrard played his 700th game for Liverpool this week, in a 2-1 win against Bolton in the FA Cup. Gerrard, who is in his final year with Liverpool before moving to the LA Galaxy next season, is both as local and as global as a superstar athlete can be. He has spent his entire career with the Merseyside club, grew up near it, has deep roots in the area; his 10-year-old cousin Jon-Paul Gilhooley was the youngest person killed in the 1989 Hillsborough Stadium disaster, the tragedy that helped forge modern Liverpool fandom into a more-than-a-club identity. At the same time, you can buy counterfeits of his jersey in Hong Kong alleys. You can find his face on billboards in African cities, can find his supporters on every continent — people who speak English or don’t speak English, people who couldn’t find Anfield on a map. His centaurish smashing through the Liverpool midfield has made him a psychic avatar, explicably or inexplicably, for millions and millions of people.

This also makes late-career Gerrard a fascinating example of the kinds of meanings athletes take on over time, of the freight of all that emotional investment. He has played for Liverpool for more than 16 years, and in that time he’s been everything, has stood for everything. He’s been the simple-hearted hometown lad who’d go drinking with fans after matches. He’s been the tabloid-pointillist celebrity caricature who, WAG in tow, partied England out of the World Cup. He’s been the stout-hearted leader whose sheer presence, Zinedine Zidane once said, made him the best player in the world, but he’s also been the disgraced lout who was once arrested for gang-assaulting a DJ — the rumor said that the guy wouldn’t play a Phil Collins song. He’s been the big-moment, screaming-drama goal scorer, the hero of the Miracle of Istanbul; he’s been the arrogant gloryhound killing Liverpool with his addiction to 30-yard shots. He’s been the beloved captain of England. He’s been the punch line who couldn’t play with Frank Lampard. He’s received so much attention for so long that every identity and counter-identity he’s ever accrued has been left to run in its own separate thread of mutually exclusive — but somehow not mutually excluding — conventional wisdom.

Maybe this is what it means to be a legendary athlete in 2015. You become the blurred index of your own accumulated personas. The history you develop doesn’t so much overwrite itself as stack atop itself at different levels, like lines of Matrix code. The surge of identification that made fans care about you in the first place eventually thwarts its own function; supporters who have followed you to share in your significant moments finally can’t see you through the carapace of memories they’ve enclosed you in. Gerrard has become such a cipher over the past few seasons that hardly anyone even agrees whether he’s good or not.

But that’s not quite true. What’s true is that he’s been so overrated and so underrated at so many different points throughout his career that he somehow seems to exist, always, on both those planes at once. He’s both an immortally great player and a minor English embarrassment. He’s one of the best midfielders of his generation and also a technically limited poster child for the inflated reputations of native-born Premier League stars. Did he save Liverpool (they won the Champions League!) or ruin Liverpool (no league titles across his entire career, plus that infamous slip)? You can lay a lot of sins at the feet of the English tabloids; a dearth of negative capability is not one of them.

It used to be that watching him play offered a way back into some sort of original appreciation. Love him or hate him, he was something to see. He had this way of running that was both heedlessly aggressive and a little bit slumped into itself, a way of charging ahead with his shoulders fragilely hunched. He was self-protectively bludgeoning. He had been a defensive player early in his career and there were years when you could sense him liberating his way forward, feeling his way into the freedom of attack. But he always played with a bit of that old ball-kludging brusqueness. He attacked the goal like he wanted to tackle it.

During the peak of the Rafa Benítez years, you sensed that Gerrard’s ideal version of soccer was a kind of highly choreographed billiards game, one in which he set the balls clacking to his own sense of pattern and time. He had an instinct for big moments, too, or at least enough of one to give you a bad case of confirmation bias. Which is all you can expect from an athlete, really. Later, he combined with Luis Suárez on the befores and durings of about a hundred thousand set-piece opportunities. But he’d receded a bit by that point; he was spending less time as the obvious shaping influence on the pitch. That was partly because he was getting older, probably, and partly because, when you’re playing with Suárez, it’s hard not to get drawn into his personal raging black hole.

It might be different if he’d won the Premier League a couple of seasons ago. But as it is, he’s past the point where the contradictions of his legacy can be resolved by anything he does in a match. So how do you identify with him now? Liverpool fans love him, of course, or most of them do. But they love him the way you love a house you know you’re about to move away from, less as an active presence and more as a kind of locus of treasured experiences. He is instinctively one of the fiercest and most direct soccer players I’ve ever watched. But the invisible wiring of sympathy that animates spectator sports is set up to create endings like this, at least when the grid becomes powerful enough. Every moment is lived so many times, matters so much, registers so intensely that it becomes unforgettable. And so the most complete icon becomes the cloudiest figure, the palimpsest on which so much writing is layered that it finally becomes illegible.

How Far Will Marcus Mariota Fall Before the NFL Draft?