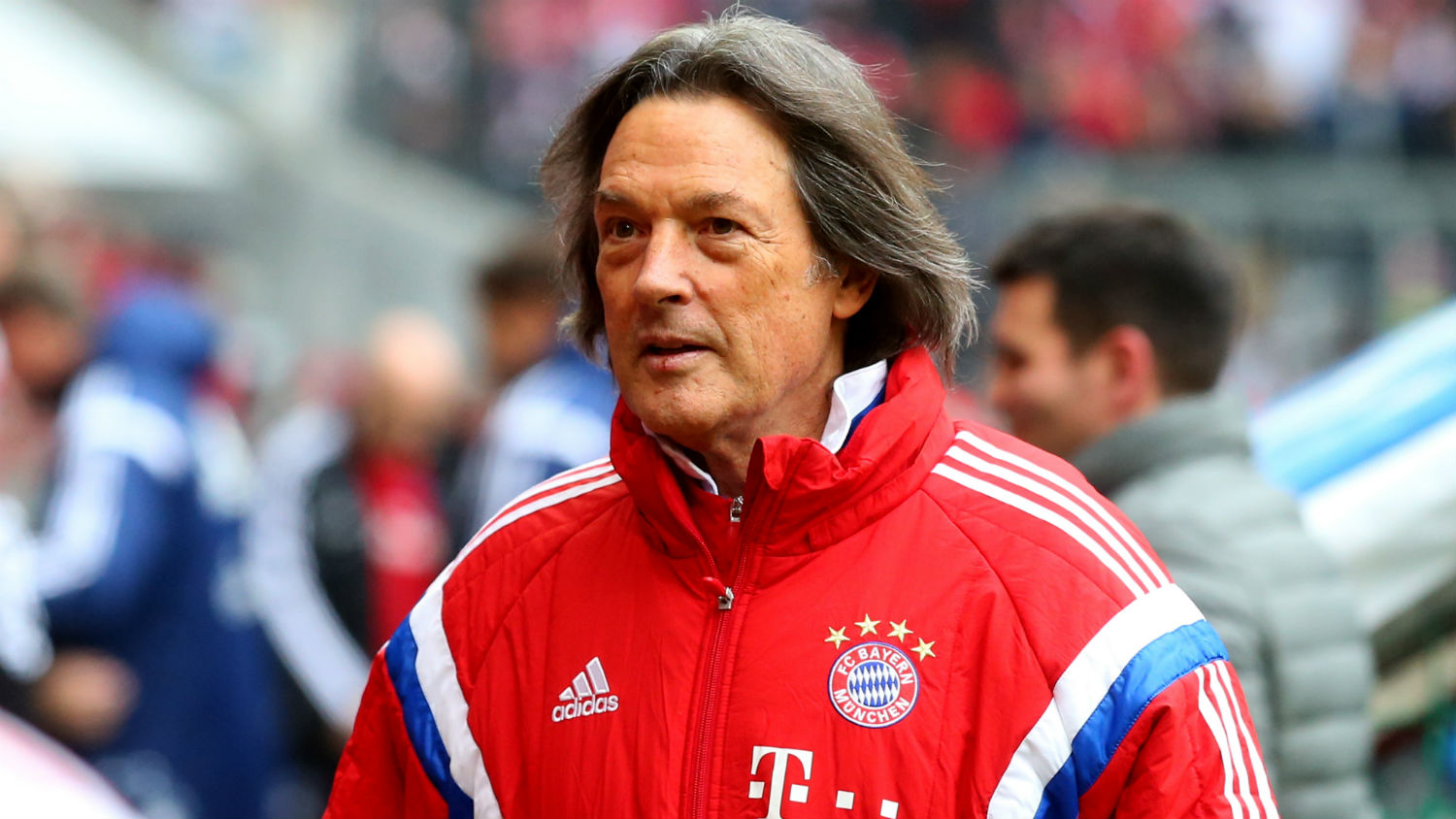 Ryan O’Hanlon: On Wednesday, Bayern Munich lost, 3-1, to Porto. I think we were all a bit surprised by that, but still: Bayern snagged that crucial away goal and, according to ESPN’s SPI, they remain ever-so-slight favorites to advance. With the Bundesliga title already wrapped up, they’ve got a full week to focus on the second leg, and with master tinkerer Pep Guardiola leading the way, everyone’s taking the loss in stride.

Yesterday, longtime team doctor Hans-Wilhelm Müller-Wohlfahrt resigned along with several other members of the medical staff. “The medical department was blamed due to the inexplicable reasons for the loss,” Müller-Wohlfahrt said in a statement, adding: “The bond of trust is damaged.”

Now, Bastian Schweinsteiger, Javi Martínez, Franck Ribéry, Arjen Robben, David Alaba, and Medhi Benatia were all hurt for yesterday’s game. Imagine if the Miami Heat pressured their entire training staff into quitting after LeBron James cramped up in Game 1 of last year’s NBA Finals? That’s basically what’s happening here. Am I wrong in thinking this is nuts, Mike? Please tell me this is nuts.

Mike L. Goodman: You’re not wrong. Bayern’s game plan against Porto seemed to be: “Let’s just get out of here, get healthy, and beat them at the Allianz.” Except, the staff tasked with getting them healthy just walked away. This absolutely hurts Bayern’s chances of getting the 2-0 win (at minimum) they need next week to advance.

While this seems incredibly sudden, the relationship between Pep and the Bayern medical staff has always, to put it kindly, been a little tense. In Martí Perarnau’s book Pep Confidential: Inside Pep Guardiola’s First Season at Bayern Munich, the author writes that Guardiola was not happy that the doctor maintained his own offices in downtown Munich instead of at the team’s facility, and that neither Müller-Wohlfahrt nor other staff members were on site during practices to deal with injuries as they arose. Perarnau also says that Pep was concerned about the slow recovery time of players like Schweinsteiger and Mario Götze.

As Perarnau writes of the situation between Guardiola and the medical staff: “This is one issue that will run and run and the season will end without any kind of satisfactory resolution.” Well, it’s resolved now, I guess.

O’Hanlon: Considering both that this dude had been at Bayern since 1977 — he briefly quit while Jürgen Klinsmann (!) was managing the club — and the face-level ridiculousness of a manager chewing out a doctor because a bunch of athletes keep getting hurt playing a contact sport, Müller-Wohlfahrt looks like the tragic figure here: the medicine man being asked to go beyond the boundaries of accepted science. I mean, look at Pep taunting him after Benatia got hurt against Bayer Leverkusen last weekend:

But let’s just say that HWMW has never shied away from pushing the medical envelope. In fact, that’s how he’s made his career. Guess what? There are rumors that this is same guy Kobe Bryant visited last September to get his knees injected with blood from his own arms.1

In 2011, Outside the Lines did a takeout on Müller-Wohlfahrt, and the report was filled with references to “witch doctors,” “voodoo,” and “Frankenstein.” Most controversially, he injects his patients’ injured body parts with “Actovegin, an amino acid preparation derived from calves’ blood.” The treatment is illegal in the U.S., and it’s never been peer-reviewed. Yet our man’s client list includes: the World Cup–winning German national team, Usain Bolt, Paula Radcliffe, Bono, Ronaldo, Michael Owen, and Luciano Pavarotti. Some think he’s the Bavarian Jonas Salk; others see him as a placebo peddler. Either way, this is so freaking weird.

Goodman: Yikes. I don’t really think Klinsmann is the company Pep wants to be keeping when it comes to the Bayern Munich managerial lineage. And if Klinsmann’s current injury record with the USMNT is any indication, I know which side of the Guardiola/HWMW divide I land on: Rather uncomfortably, it’s the side of the guy with the calves’ blood.

Meanwhile in Oklahoma City, Kevin Durant and Russell Westbrook are having surgeries to check on the surgeries they’ve already had, and god knows what’s happening with the Chicago Bulls. Manchester United spent the first half of this season running its players into the ground. And remember when Arsenal’s physio was going to be an important summer signing?

There’s not necessarily one person who deserves blame whenever a player gets injured, but if you were going to point fingers, you’d probably direct them at the manager who’s asking his guys to perform at a level that sees them continually getting hurt. Rather than indicting a particular party, though, let’s take note of the bigger issue here: Bayern’s power structure was not on the same page. Now, they can now bring in a staff that better understands what Guardiola wants and needs, or Guardiola can work with people whose judgment he more thoroughly trusts — and both scenarios are better for everybody involved.

O’Hanlon: Although it comes at what’s pretty much the worst possible time — how quickly can you find a replacement medical staff? A week doesn’t feel like enough time! — it seems like Pep’s finally getting his way. Except, Müller-Wohlfahrt has been called a “Bayern Munich legend,” and at a club where legends hang around and occupy a bunch of the important decision-making positions, I wonder if this is the first big crack in a manager-club relationship that’s bound to shatter?

But that’s a question we can table for now, as we’ll learn the answer soon enough. Instead, here’s what we should all be asking: If Klinsmann was the only manager at the 2014 World Cup to have a falling-out with Müller-Wohlfahrt and if the winning team was aided by Hans-Wilhelm’s livestock-blood-stained hands, is it fair to say that the U.S. actually won the 2014 World Cup?

Goodman: I’ll allow it. And you’ve now officially won our game of “Six Degrees of Making Anything in World Soccer About the U.S. Winning the World Cup.” Well done.