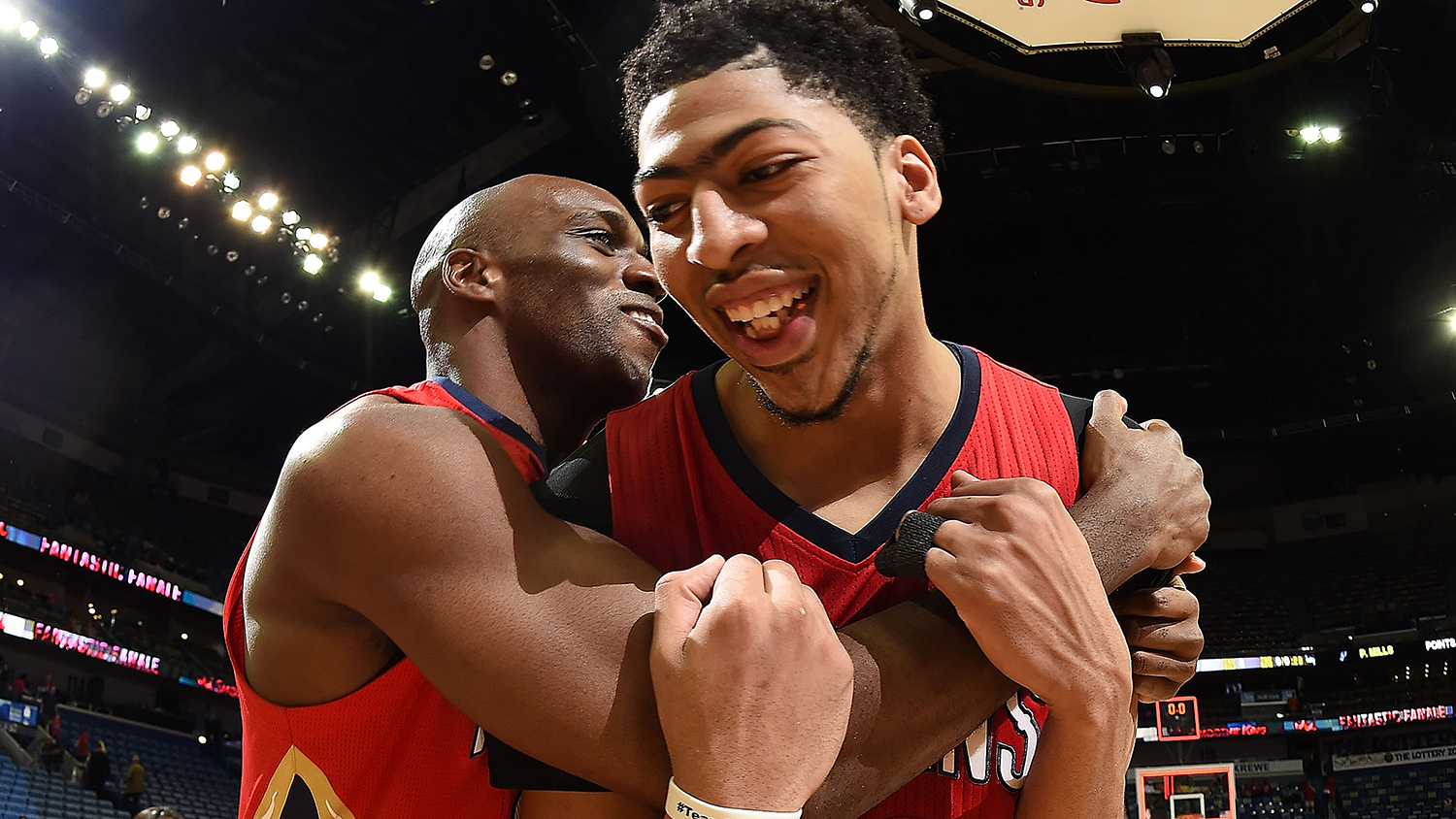 Well, that was not how the regular season was supposed to end. For the Spurs to secure a 2-seed and the Thunder to make the playoffs, San Antonio needed to win in New Orleans and OKC needed to beat Minnesota. Once the cloud of dust and tiebreakers settled in the West, the endgame seemed fairly obvious. Gregg Popovich would play his starters and vaporize the Pelicans, the Thunder would beat the crappy T-Wolves, and that would sew everything up. I’m explaining all this because it’s important to appreciate exactly what happened last night. Anthony Davis just won a must-win game that he had no business winning.

It felt weird to root against Russell Westbrook during all this. He was the most entertaining player in basketball this year. But that’s exactly what I did last night, so let me explain myself.

For one thing, by missing the playoffs, Westbrook’s season now becomes the stuff of legend. We just watched a player turn into some kind of angry Greek god for the past three months — 34 points in the first half last night — and it still wasn’t enough. It was some of the most heroic losing we’ve seen since Iverson against the Lakers. And like Iverson against the Lakers, we’ll be talking about this for the next decade. It’s perfect this way. It’s so much better than watching Steph Curry and the Warriors tear that OKC team to shreds for the next two weeks.

Rather than watching miserable Thunder fans slowly come to grips with another lost season, we get to watch New Orleans fans go nuts for the future. There are no expectations, no looming free agency adding tension. It’s just boundless hope for what’s coming and the thrill over what’s already here. That’s fun to watch.

Mostly, though, this is about Anthony Davis. He’s the one who hit the shot that changed everything for the Thunder and Pelicans.

Before the season began, I wrote that watching a player like Brow is what makes the regular season worth it. You just never know when he’ll do something special. It happened against the Spurs, in Game 82. Toward the end of the first quarter, Tyreke Evans tipped a Manu Ginobili pass at the foul line, and Brow snatched the ball out of the air with his 10-foot arms. It was like watching a frog make a fly disappear. Four steps and two seconds later, it was a dunk.

Nothing he did in that sequence was that crazy by NBA standards, but it’s how he did it. Davis makes greatness look so effortless and routine that you have to blink. Nobody that gigantic should be that quick, that fast, and that coordinated. It takes an extra split second to remember that this is really happening, and that this is the guy who will own the NBA for the next 10 years. But that’s the regular-season appeal.

I’m glad he’s in the playoffs, because there’s another side to watching the greatest players on earth. We watch players push basketball to new places all season long, but then every spring, basketball pushes back.

The playoffs are when every possession matters, everything revolves around superstars, and everyone’s watching. Every big-time player inherits the same impossible expectations. Some live up to them and get even better, others struggle, and the rest of us can just sit back and watch it happen in real time.

It’s like the difference between watching a movie for special effects or watching for characters. The regular-season explosions draw us in and make us care, and then we watch to see where their stories go when everything matters. It’s narrative in the classic sense, not the annoying buzzword sense. It can get over-the-top and melodramatic, but don’t let that ruin the real drama.

The Pelicans may not even win a game against Golden State. I just can’t wait to see how Brow responds. Will he have a 40-20 game? Will he take over a fourth quarter? Will he get frozen out by Tyreke Evans in crunch time? Will any of it even matter with Curry and Klay Thompson torching the Pelicans backcourt?

Getting there was the first step. Over the next few years, there will probably be growing pains and coaching changes, big shots and brutal losses. It’s true for everyone — Brow and Kyrie and Steph. How it changes those players, how it changes their teams, how it changes the league — those are the real questions. Now it’s time to watch the answers.