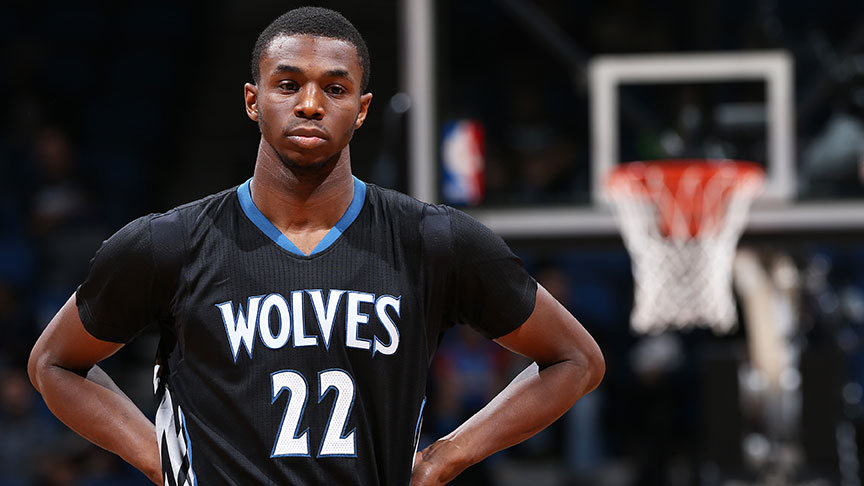 “When my kids were born, I had a ball right beside their beds,” Mitchell Wiggins says from inside a dimly lit suite at the Target Center. “When the season wasn’t on, I would have camps or clinics. So my kids grew up in the gym.”

Andrew Wiggins, the top pick in the 2014 NBA draft, has two older brothers (Mitchell Jr. and Nick) and three younger sisters (Stephanie, Angelica and Taya), but Mitchell emphasizes that he and his wife, Marita — who was an Olympian sprinter and is co-Canadian record holder in the 400 meters — never force-fed them sports.

Jim Petersen, color commentator for the Minnesota Timberwolves, took a similar approach with his stepson Sanjay, who plays basketball for Northwestern University.

“What we spent time doing was around basketball,” Petersen says, “so Sanjay grew up at the Target Center. His friends were Kevin Garnett and Chauncey Billups and all the players that came through.” What Petersen sees from so many of the children of former players who have made it to the NBA is coachability. “I think a lot of people would think they feel entitled in some way, but I don’t feel that from the young players I see. Glenn Robinson III couldn’t be more coachable. From what I see from Tim Hardaway Jr. — couldn’t be more coachable. Glen Rice Jr. — super-coachable.” And of course there is the tandem success of Steph Curry and Klay Thompson, both of whom have improved noticeably in areas that were counted as deficiencies — primarily on the defensive end — when they first entered the league. 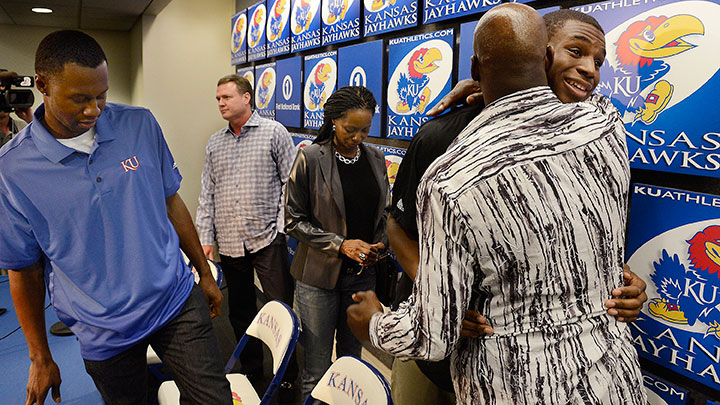 When Petersen entered the league — drafted by the Houston Rockets in 1984 — he was announced at a press conference alongside Mitchell Wiggins, who had just been acquired from the Chicago Bulls for center Caldwell Jones.

“Jim looked serious,” Wiggins says of his first impressions. “He had hair. He was cute.” He rubs Petersen’s head and smiles. Although by Petersen’s estimate they hadn’t seen each other since 1987, when they first got back together this summer, following the trade that sent Kevin Love to Cleveland and brought Wiggins and Anthony Bennett to Minnesota, it was as if no time had passed.

A quick scan of the Basketball-Reference pages for Wiggins and Petersen isn’t going to blow anyone away, but both were instrumental to the success of the Rockets during their deep playoff run in 1986. In the decisive sixth game of their semifinal series against the Denver Nuggets, Petersen came in for Hakeem Olajuwon after Olajuwon was ejected with 6:08 remaining, and scored seven straight points en route to 15 total and a series-clinching win in double overtime. Wiggins came up big in the infamous fifth game of the Celtics series, when a fight between Ralph Sampson and Jerry Sichting led to Sampson’s ejection. “You never go into a game expecting a fight,” says Wiggins, “but we went into the game not wanting to lose.” Wiggins scored 16 to go with seven rebounds in a 111-96 Rockets win.

“Me and Dream would play one-on-one before every game,” says Petersen. “We didn’t have all these coaches that are on the floor now working out. We were basically left to our own devices. I had the best post coach in the history of the game, and it made me a better player. The sheer power and athleticism of that dude — I’ve never seen anything like it.”

The other half of Houston’s twin towers — Ralph Sampson — was wired a little differently. A lanky 7-foot-4 center and power forward who handled and passed the ball like a point guard, plus shot it like a wing, Sampson looks, in retrospect, like the kind of player coveted by teams today.

“I think [Sampson] was ahead of his timem and in a lot of ways he probably sacrificed part of his game with Hakeem for the team to be better,” Wiggins says. “Ralph was great on the same side of the box as Hakeem was, and he moved out to the high post. Then when Hakeem wasn’t in the game, we ran the same plays for Ralph. In a lot of ways, he might have been more talented than Hakeem, but Hakeem just had something you can’t teach. He would run through a wall every day.”

Although his career was derailed by two knee injuries, Sampson was elected to the Hall of Fame in 2012, an honor that both Wiggins and Petersen are adamant needs to be extended to their head coach, Bill Fitch, as well.

“The fact that that man is not in the Hall of Fame is a tragedy,” says Petersen. “Wherever he went, he touched basketball in a positive way.”

“[Fitch] exposed me to the fact that a videotape never lies,” Wiggins says. “I’m thinking I’m doing this or this, that I made this rotation, and he’ll put the tape on and sit back and you’re totally exposed. I keep telling Andrew: When you’re watching videotapes, you have to look past when you get the ball. You have to look at what do you do before you have the ball, when you don’t have the ball, what are you doing on the weak side, what is your defender doing on the weak side, and then look at guys’ tendencies, their weaknesses, their strengths.” 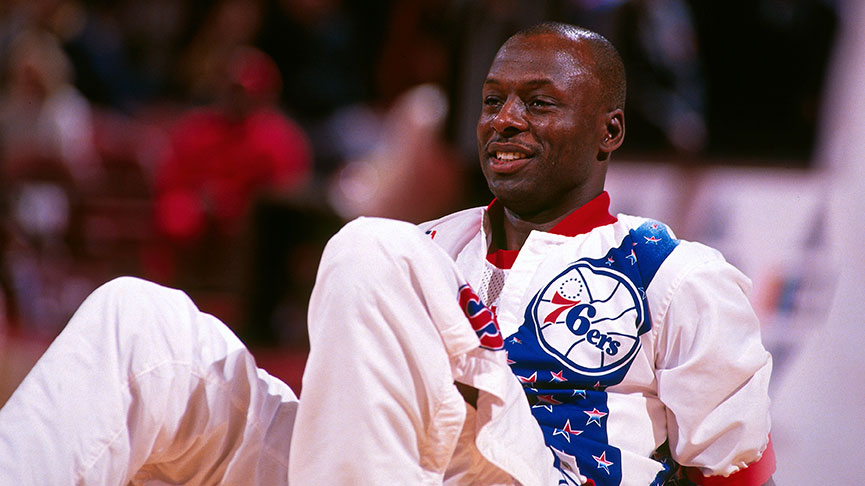 While a parent’s endorsement naturally has to be taken with a grain of salt, Wiggins has little doubt that Andrew has the desire to get better, no matter the naysayers’ speculations about his motor. “[He] plays the game with a lot of pride,” Mitchell says. “He doesn’t want you to score, even when he’s on the bench watching. He’s got a lot more talent than me. I always tell him I was a better shooter. I always tell him I’m the best shooter in the house.”

Like Andrew, Mitchell never played for the team that drafted him, traded on draft night from the Pacers to the Bulls. Mitchell, though, was a role player and largely a bench guy, whereas Andrew has been a starter since day one on a young Timberwolves team, playing every game in front of one of his father’s former teammates. And they’re all brought together by the one thing that’s long been considered the vehicle for succession among the Wiggins clan.

“I always told Andrew when he was young: The only way you can say you’re better than your dad, you have to put them three letters on your shoulders,” Wiggins says. “Once you do that, we can talk.”