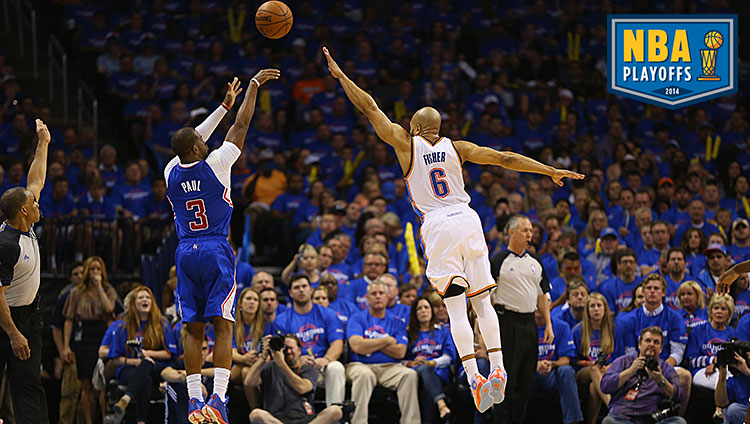 Today Chris Paul turns 29. He celebrated last night by playing one of the best games of his life. “That’s just what I do,” he said jokingly in the interview room afterward. He was kidding; he’s never had a shooting night like he had in Game 1. Regardless, Paul’s unusual perimeter brilliance was the biggest key to the Clippers’ win in Oklahoma City.

During the regular season, Paul was a pretty good 3-point shooter, but he never made more than five 3s in a game. Last night he had eight, including five from the left wing. 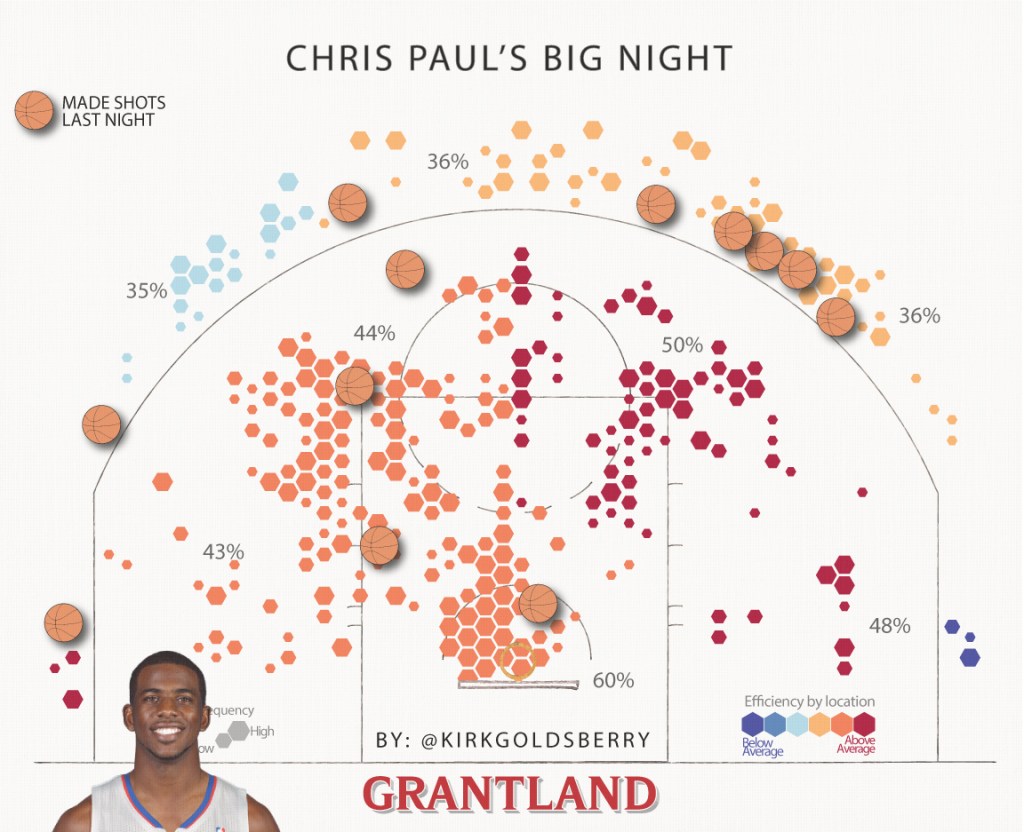 Paul created most of his shots by creating space, getting opponents off-balance, and quickly making them pay. His first 3 came as he caught Russell Westbrook cheating toward a DeAndre Jordan screen; Paul used a quick crossover to create a wide-open look.

He used a similar move to create his second look, this time victimizing Serge Ibaka.

Next, he lured Kevin Durant in an identical fashion to get his third 3 of the first quarter.

The Thunder were cheating on Paul’s driving lanes, almost begging him to shoot. Here, Paul sees Reggie Jackson trying to go under the Blake Griffin screen and simply pulls back and drains his fourth 3 of the first quarter.

This one is not fair. Paul finds himself matched up against Steven Adams and the outcome is predictable, but still hilarious.

Five 3s and a pull-up jumper. Not bad for the first quarter. After a seven-minute respite, he got yet another step-back on the left wing, this time besting Derek Fisher.

His ninth made shot was probably the most impressive of the night, an off-the-dribble corner 3 as the giant Kendrick Perkins frantically leaps into him.

When it was all over, Paul didn’t even need to play in the fourth quarter. He amassed 32 points on 14 shots in 28 minutes. Oh, and he added 10 assists. It was as marvelous as it was anomalous, and as Paul added afterward, “Don’t count on it for Game 2.”