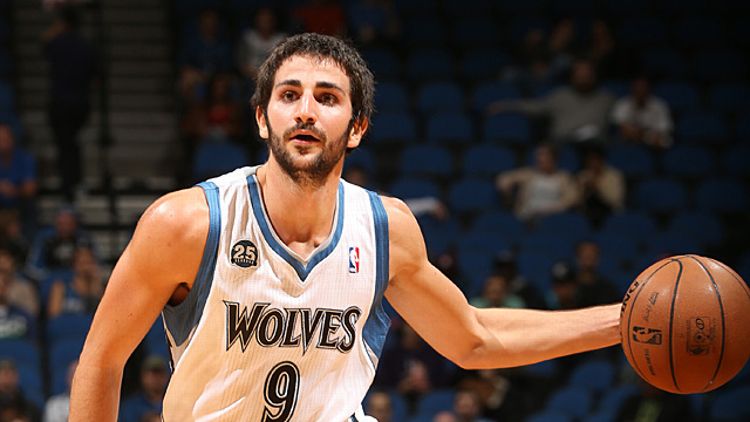 Looked at a certain way, NBA players are men playing a kid’s game. But shift the angle slightly and they — especially the younger ones — can look like kids playing a man’s game. Any rookie, any sophomore — hell, any player who’s been in the league for fewer than five seasons — has a list of things he’s good at and a list of things he needs to work on or compensate for, and every season brings questions about whether the current batch of energetic youngsters can become veterans with a fuller understanding of the game.

But there’s a part of me that looks at that string of numbers — a part that sees questions about Rubio’s basketball abilities broken down into necessary numerical improvements as if this were Skyrim or Fallout, as if he were just accruing experience points to get to the next level — and wants to throw up. When he drives into the lane and reaches around defenders to softly peg a bounce pass in to Nikola Pekovic, spinning away off the players who’ve collapsed on him, it’s like an emulsifying agent for everything concerning or inadequate about him. The first profile about him I ever read, in ESPN The Magazine back in 2008, said he needed to improve his mid- and long-range shooting, but also that he “plays beyond his years.” Passing, court vision, leadership: We see these and associate them with maturity. But maybe they have their roots in something younger, almost more naive: fair play.

There’s a generosity, a kindness, to Rubio’s game. Sometimes he looked like a kid trying furiously to grow up right there on the court. Sometimes his gentle nature seemed to be at war with his intense competitiveness. Maybe that’s why there’s a part of me that wants him to just forget about the shooting thing, even if it means giving up on being the best all-around player he can be. Selfishly, I like it when Rubio reminds us that this is a game.

If he shoots and finishes a lot better this season, I won’t complain. I just don’t want it to come at the expense of what he’s already capable of producing on the court. In the talk about the much-circulated clip of Rubio advising Alexey Shved to “change his face” from last season, the part that often got left out was his final word to the rookie: “Enjoy.” Whatever it is we enjoy about the game, we should strive not to lose sight of it. To paraphrase Steve Martin in L.A. Story, Ricky Rubio’s version of basketball may not be the truth, but it’s what we wish were true.

I Suck at Football 2.7: The Mirror Game