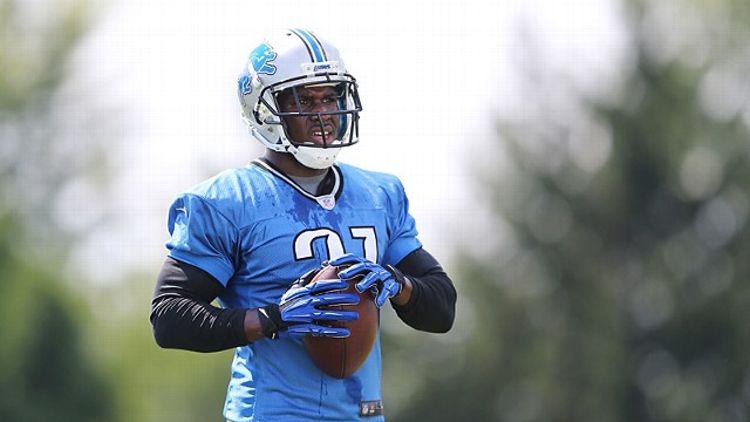 In the NFL, it’s understood that first-round picks are the players most likely to be afforded second chances. It only takes one team to believe it’s their environment that can revive the talent that once seemed so obvious, and that line of thinking is what keeps the Jason Smiths of the world employed. When a former first-round pick catches on with a new team, we’re likely to pay attention, no matter how poorly he played in his first (or second) stint.

For most players, though, the life span of the intrigue is finite. Enough time goes by, and we realize their potential to be impactful no longer exists. We give up on them. In Reggie Bush’s case, that should’ve already happened. It hasn’t.

Now, let’s be clear. That isn’t to say Bush doesn’t deserve a spot on an NFL roster. He does, especially in Detroit. Bush is still a unique offensive option who can add several elements to a team that likes to throw. It is to say that for seven seasons, Bush has never been anything more than an average running back. He has never finished higher than 27th in DVOA, and he’s only finished with a positive DVOA once in his career. Still, all the Bush headlines from this offseason are proof that there’s still some collective hope.

It would make sense that Bush’s rope would be longer than that of other top-five picks. He was the best player on the most famous college football team of the 21st century. I have no ties to USC, but I watched every televised game from those final two Reggie Bush seasons. According to the NCAA, those games never happened. I can assure you they did, and they were unlike anything I’ve ever seen on a college football field.

Part of me still can’t believe Houston passed on Bush with the first pick in the 2006 draft. From a rational, football perspective, it still makes sense, and even if Mario Williams has been disappointing for stretches of his career, he’s still been much better than Bush. But there was a big part of watching Bush play that had nothing to do with rationality. Two different high school Bush highlight films have one million views on YouTube. I think we all knew we were watching something.

There were just enough flashes of that Bush in New Orleans (the touchdown in the NFC Championship Game in 2007, more diving past the pylon) to think that with a more consistent role in Miami, he could be something closer to the player we all imagined. He had 1,000 yards rushing in his first season with the Dolphins, but he was gone following his second. That brings us to this offseason, when the Lions signed Bush to a four-year, $16 million deal to make him their starting running back.

It’s happening again in Detroit — the rationalization that somehow this will be the place Bush can thrive, if not as the player he was in college, then as the best version of what he can be now. The Lions have been without a running back since Barry Sanders. He’ll be a viable weapon in the passing game. Detroit’s power scheme is more suited to his talents. All of those things are probably true, but in the end, they probably won’t matter. We know what Reggie Bush is. It’s just that somehow, on some level, there’s a group not ready to believe that. I can admit that I’m decidedly among them. I don’t know what Bush will do in Detroit, but I know that I’ll be watching.