The DOs and DON’Ts of the Summer Transfer Window, As Performed by Manchester United 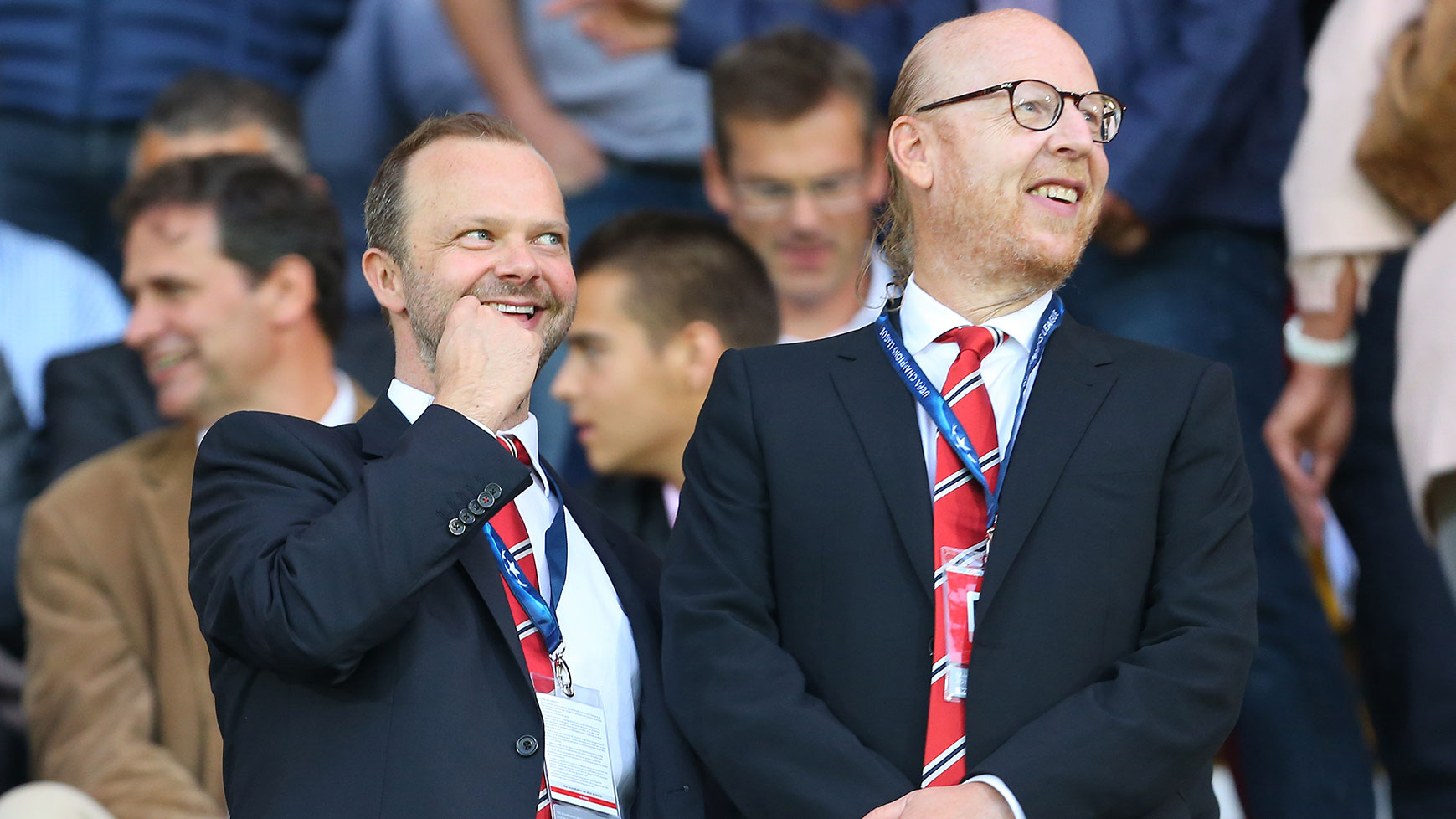 Remember when it looked like Manchester United might’ve had this whole transfer window thing all figured out? We don’t, either. For United, the summer of 2015 was a journey from competence to downright calamity. It began with a bunch of smart signings and ended with an overpriced 19-year-old, a stranded goalkeeper, and a failed email exchange. So, let’s take a look at the lessons from United’s comical transfer window.

Do: Get Your Business Done Early

Earlier in the summer, it seemed like Manchester United might actually be headed for a successful transfer window. There was reason to be hopeful that after two rocky years, maybe Manchester United executive vice-chairman and transfer grand poobah Ed Woodward had finally figured out what he was doing. By July 13,  the club had acquired Memphis Depay, Morgan Schneiderlin, Bastian Schweinsteiger, and Matteo Darmian for just over £75 million combined. All four of them started this past weekend, so that’s good business any way you slice it.

United’s approach evoked Chelsea’s maneuverings of last summer. They got their business done nice and early, bringing in Cesc Fàbregas and Diego Costa to fill in a couple of gaping holes, and the extra preseason training time meant they were off and running once the season began. And other top clubs in England appeared to have the same thought in mind: Despite the prolonged saga that it was, Manchester City’s £49 million purchase of Raheem Sterling from Liverpool was wrapped up by July 12. By the time the season started he was fully integrated into a City team that took flight. Liverpool did their business promptly, as well, turning around and signing Christian Benteke and Roberto Firmino for just over £60 million combined. No bidding wars or prolonged haggling. What’s the price? OK, here’s a bag of money. And although many of these deals looked expensive at the time, they turned out to be bargains come the end of the window.

Of course, sometimes early transfers just can’t happen, but by starting negotiations early on, teams give themselves time to formulate other plans or eventually wear down the club on the other side of the deal. Chelsea tried to buy John Stones starting in the middle of July. Everton weren’t interested, despite Chelsea pushing the price north of £30 million. Eventually, with the clock winding down, Chelsea turned to Nantes defender Papy Djilobodji, who they got for about one-tenth of what they bid for Stones. Chelsea clearly don’t value him as highly as they do Stones, but he still fits a need and wasn’t overpriced. Other times, that persistence pays off and you get your guy. Manchester City eventually landed Kevin De Bruyne after a pursuit that seemed like it started sometime in the Pleistocene Epoch. It cost them £54 million, but hey, now the reigning Bundesliga player of the year is wearing City blue.

Initiating big moves late in the window is inherently more risky, as United recently found out. They wanted Pedro, and Pedro seemed like he was going to United. Instead, Pedro somehow ended up moving to Chelsea. With less time to implement a backup plan, United were left casting desperately about for another winger. While early in the window United were able to carefully pick their targets and get good fits at acceptable prices, with a deadline looming all they could do was choose between grossly overpaying or getting nothing at all. It’s easier to walk away from a bad deal when you have a month to find a good one. It’s a lot harder when you have a couple of hours.

Don’t: Target Unrealistic Superstars Without a Backup Plan and a Backup-Backup Plan 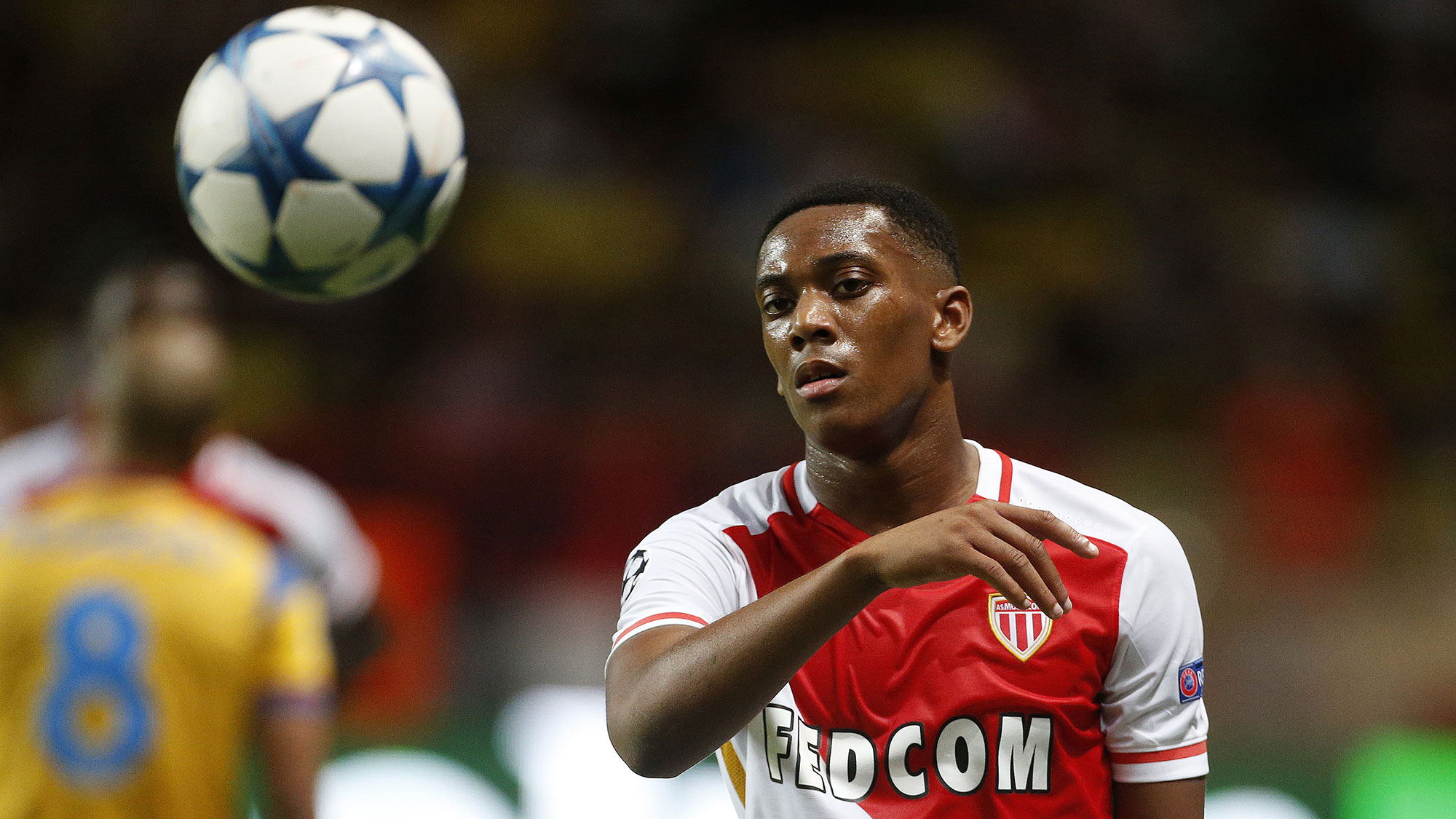 For the past few weeks, Manchester United’s plans A, B, and C seemed to involve names like Thomas Müller, Neymar, and Gareth Bale. All admirable targets, but ones that were all destined to fail — and they did.

If United had planned well, though, that failure to shoot the moon shouldn’t have been a problem. Maybe they could’ve brought in a player like Bafétimbi Gomis, who, yeah, he’s 30, but he’s got a cheap £7 million buyout clause and would provide some nice depth (as opposed to scoring against you). Or perhaps Charlie Austin, who scored 18 goals in the Premier League last season but whose side, Queens Park Rangers, got relegated to the Championship. He wouldn’t be a superstar, but he would’ve been a nice bench option.

Instead, with tons of money and, apparently, no targets worth the cash that they could persuade to come, United seemed to panic and spent as much as £58 million (including add-ons) on 19-year-old Anthony Martial. Uh, who? He’s a wide forward who already has 52 Ligue 1 appearances for Monaco under his belt. You might remember him as the man who set up Dimitar Berbatov to embarrass Arsenal in the Champions League. He’s young, he’s talented, and he might become great. He fits the profile of a player United would be smart to pursue, but not at that price — especially when they could have just outbid Manchester City for Raheem Sterling, who cost less money, is roughly the same age, and has already performed at a high level in the Premier League.

The Martial purchase, a good idea at panic-level pricing, is exactly what happens when you run out of options and become desperate to make things stick. It’s why the list of contingency plans is so important. Tottenham Hotspur spent the better part of the window pursuing Saido Berahino. Eventually talks got heated and blew up, so Spurs walked away and instead bought Bayer Leverkusen’s Son Heung-Min, while West Brom’s chairman, Jeremy Peace, published an angry letter and Berahino sent an ambiguous tweet. Outside of England, Juventus missed out on Julian Draxler, and acquired Hernanes instead.

The “planning ahead” award, though, goes to Wolfsburg. They sold De Bruyne a day before the deadline and then wasted no time in using that money to snatch Julian Draxler out from under Juventus’s nose for a cool €36 million, in addition to adding Dante from Bayern Munich. The other side of this coin is Everton, who refused to cash in on Stones because he was one of only two senior center backs on the roster. The rumored £34 million Chelsea were prepared to spend would’ve been huge for the club, but Everton never got it because they couldn’t figure out how to replace a 21-year-old defender.

Whether buying or selling, don’t be forced into bad decisions by not being prepared. Always have a contingency plan.

Don’t: Leave Things Until the Last Minute if You Can’t Operate Electronic Mail

In what has to be the most ridiculous and expensive email-formatting story of all time, Manchester United and Real Madrid are currently fighting over why their David De Gea transfer failed. Some brief backstory: It’s basically a foregone conclusion that De Gea is going to end up at Real Madrid. He’s Spanish, he wants to go home, and he’s entering into the last year of his contract after refusing to sign an extension last summer. Eventually United and Madrid agreed on a fee on Monday, reported to be just shy of £30 million, along with a related deal to send Real Madrid keeper Keylor Navas the other way.

Farce is not a strong enough word to describe what happened next. Somebody somewhere did something that caused the (electronic) paperwork to snag and prevented the deal from being completed before Spain’s midnight deadline. Madrid claimed that United sent the necessary documents in the wrong format and that they couldn’t open them. United claimed they did everything correctly and totally on time. Yet, a day later, a deal that both United and Madrid wanted to go through, agreed on, and submitted, somehow didn’t happen.

This deal, though, never really made sense for Real Madrid. Even if they don’t get De Gea now, they’ll get him for free in a year when his contract runs out. For De Gea, it’s better to move now so as to avoid an awkward limbo year in Manchester after which everyone knows he’s leaving. Plus, there’s even the chance that Louis van Gaal will decide to freeze him out and not play him (as he’s done over the first four weeks of the season).

However, De Gea’s agent is Jorge “the most powerful man in football” Mendes. Guess what? The Anthony Martial deal is rumored to have been brokered by Mendes. And Mendes is also especially involved with Real Madrid, as he represents Cristiano Ronaldo and James Rodríguez and was instrumental in helping the team move another client, Ángel Di María, to United last summer.

So, if you didn’t want to accept computing incompetence as the reason for the deal falling through, you could envision a situation in which Mendes — in his usual role of power broker — gets Martial to United, but to soften the price tag for Manchester, he agrees to push the De Gea to Madrid deal through (which also helps his client). Except, the deal doesn’t make sense for Madrid, but they don’t want to upset Mendes, so they see it toward the finish line and then suddenly blame United and some faulty documents for the deal falling through.

Whatever the explanation, Woodward and United now won’t be getting any money for their star keeper. It’s a fitting end to a window that started with smart deals and competent decision-making and descended into outright slapstick comedy by the time the clock struck midnight.