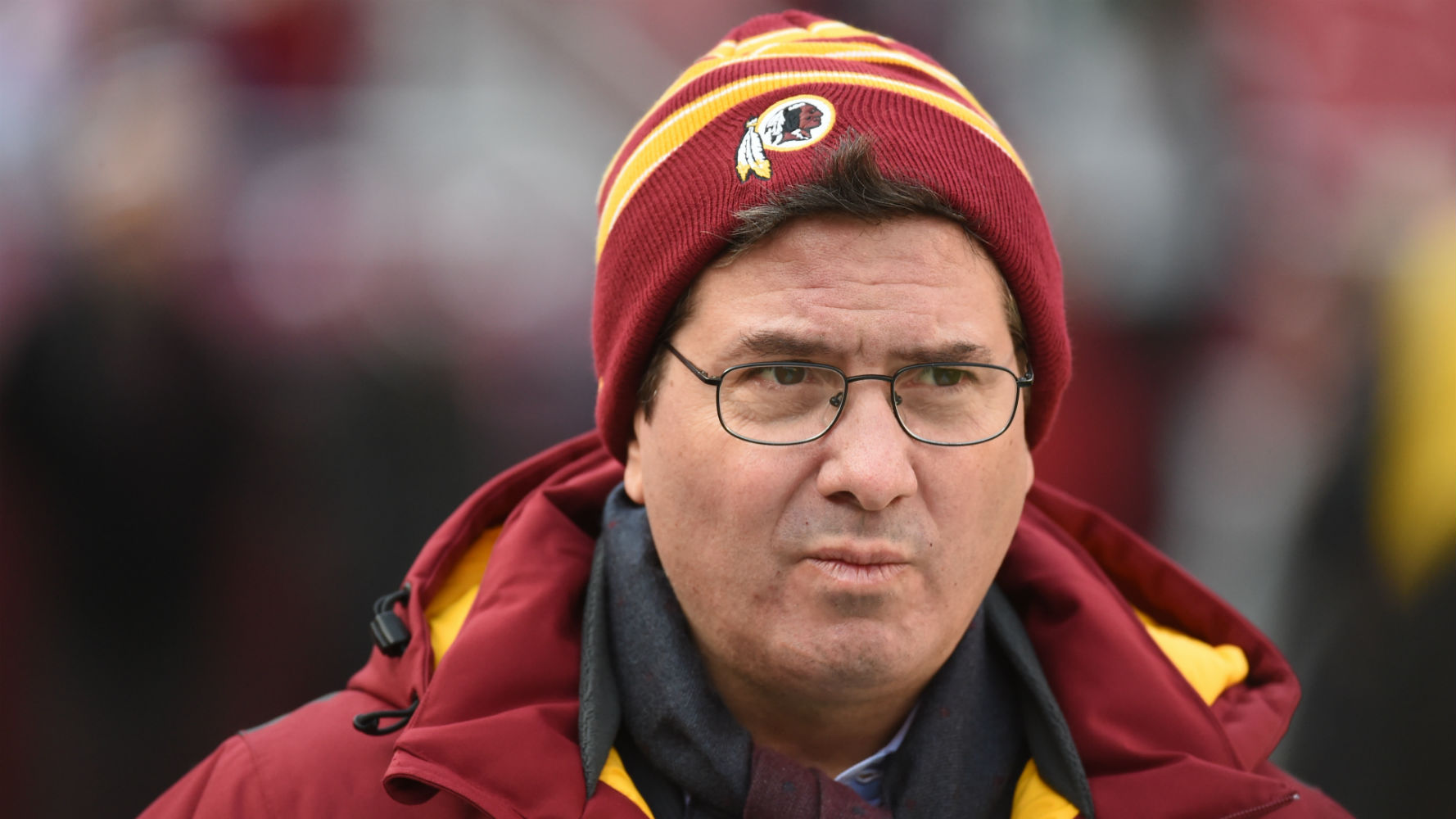 Not too long ago, the Washington Redskins would have been considered a primary bidder for Ndamukong Suh, who signed a contract with Miami that would make even Albert Haynesworth blush,1 and Darrelle Revis — the shiny, big-name, expensive defensive prizes of the 2015 free-agent class. Instead, the franchise went for the cheaper and younger (and, yes, inferior) versions of those players, signing Stephen Paea and Chris Culliver to palatable four-year deals. For those accustomed to the annual March ritual of Redskins owner Daniel Snyder sidling up to the nearest aging defender with checkbook in hand, it has been a disorienting offseason.

The national media remained largely silent about Washington over the past month, instead caught up in an unexpected maelstrom of trades that don’t involve a 4-12 team. But it’s a noteworthy development in itself when the offseason quacking in the NFC East is now coming from somewhere else.

After years of lunacy, Washington was placed in a financial straitjacket for, um, spending money during the uncapped 2010 season. The NFL’s $36 million punishment was unjustifiable, but the Redskins apparently took notes when forced to pinch pennies. Now, they’re doing it by choice.

This change in philosophy coincides with the January arrival of general manager Scot McCloughan, who is quickly blazing a trail similar to the one that led him to success on each of his previous NFL stops.2 McCloughan earned Super Bowl rings with the 1996 Packers and 2013 Seahawks; in between, he built the core of a 49ers squad that would eventually make three consecutive conference title games. Now, the Redskins GM is focused on rebuilding a dismal Washington defense that allowed 27.4 points per game in 2014, third-worst in the NFL. 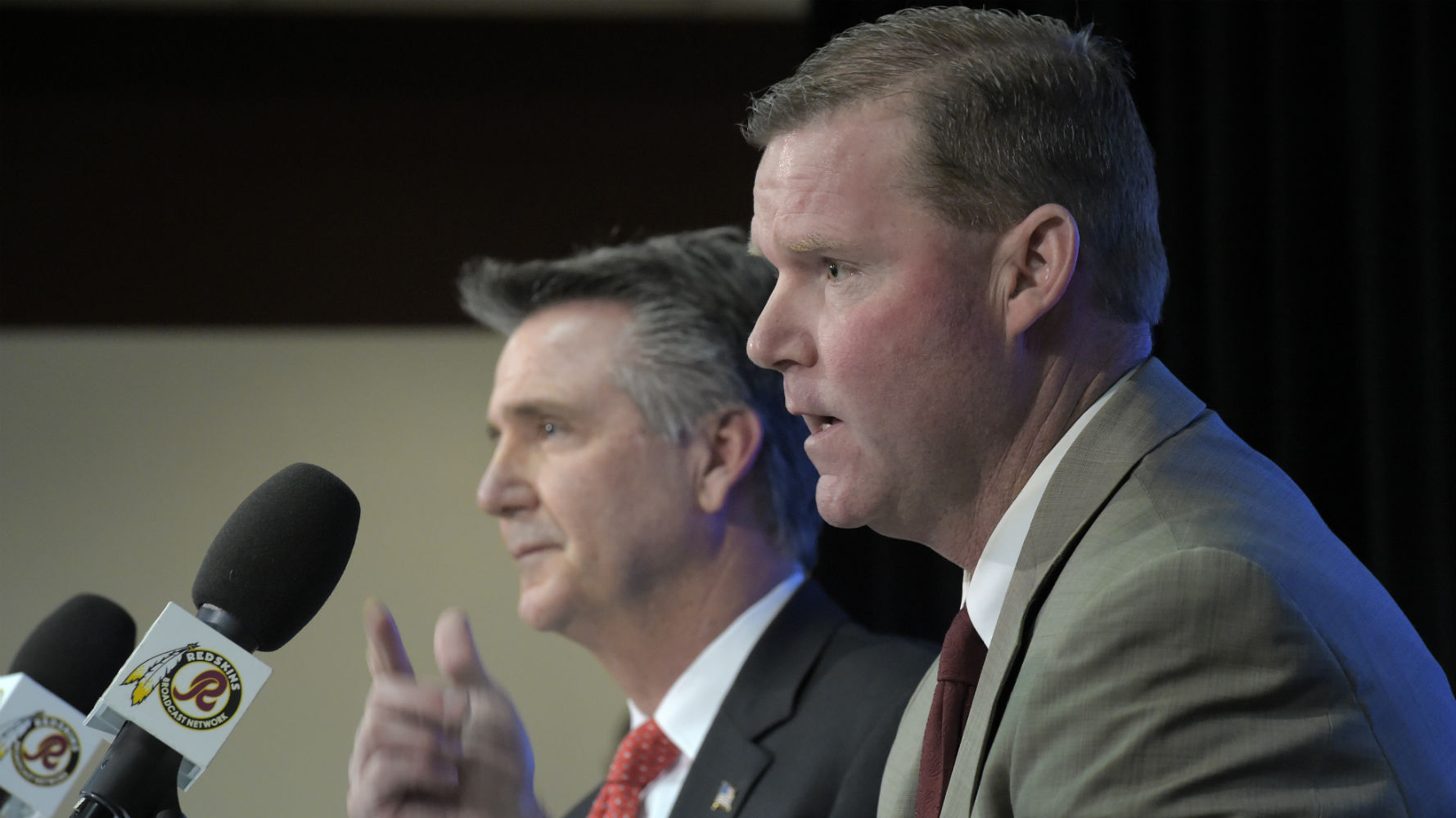 Even with about $25 million in cap space, McCloughan & Co. didn’t bother courting Suh. They knew exactly what they wanted, signing Paea five minutes after free agency officially began. Suh is obviously a better player than Paea, who started 40 games for the Bears over the last three years, but is he 11 times more valuable? It’s doubtful, but that’s what the money suggests: Paea signed a four-year, $21 million contract with $5.25 million guaranteed days before Suh earned just under $60 million guaranteed as part of a six-year, $114.4 million contract.

In addition to landing an in-his-prime Paea up front, the Redskins saw Terrance Knighton fall into their arms and cheaply picked up Ricky Jean Francois, who has a McCloughan connection from his time with the 49ers. New defensive coordinator Joe Barry3 said he is preserving the 3-4 structure used under Jim Haslett, and a starting front three anchored by Knighton between ends Paea and Jason Hatcher, a free-agent signing last season, is tantalizing. Knighton had two strong seasons in Denver but was reportedly out of shape this offseason, taking a one-year, $4.5 million “prove it” deal from Washington; Jean Francois signed a three-year, $9 million contract.

One obvious need is for a Brian Orakpo replacement to start opposite Ryan Kerrigan, who had 13.5 sacks last season. Last year’s second-round pick, Trent Murphy, showed some promise, but mock drafts suggest it’s a fait accompli the Redskins will select Nebraska outside linebacker Randy Gregory with the no. 5 pick.4 If Washington does select a pass-rusher with its first-round pick, that rookie contract would represent considerable savings when directly compared to Orakpo’s. Tennessee signed the oft-injured edge rusher to a four-year, $31 million contract with $13.5 million guaranteed; for comparison, Oakland inked last year’s no. 5 pick, outside linebacker Khalil Mack, to a four-year $18.7 million deal, all of it guaranteed.

Other than Kerrigan, perhaps the brightest spot on Washington’s defense last year was the emergence of rookie cornerback Bashaud Breeland, a fourth-round pick out of Clemson who had his expected ups and downs in 15 starts, but notably shut down Dez Bryant during a Monday Night Football upset in Week 8. Then again, it’s easy being a bright spot when your immediate surroundings are so gloomy: Washington’s overall pass defense was abysmal, allowing league highs in passer rating (108.3), QBR (75.8), and passing touchdowns (35).

When looking for reinforcements to surround Breeland, the Redskins weren’t interested in paying for top-tier safety talent like Devin McCourty. Instead, they settled on an understudy from the Legion of Boom, signing Jeron Johnson to a safe two-year, $4 million contract, and will also likely try to bolster the safety position in the draft. Breeland will be joined at cornerback by Culliver, who signed a four-year, $32 million deal with $16 million guaranteed. Some have criticized the Culliver contract — and it’s fair to note that all four of his interceptions in 2014 were because of misplaced throws rather than blanket coverage — but he’s only 26 years old and is coming off a solid first season as a starter with the 49ers.

Now, all of these financial decisions are just common sense, but the Redskins haven’t had much of that lately. They’re finally learning that there is a very good reason to buy generic medicine at the pharmacy: You get the same ingredients while not paying a premium for marketing costs. Although it’s way too early to say that the Redskins will make the playoffs this upcoming season — the offensive line still needs a bunch of work, and who knows what happens with Robert Griffin — it’s already a small victory that, for once, Washington is leaving free agency looking perfectly mature.

Must-See NHL TV: A Cheat Sheet on the Games to Watch for the Rest of the Season

The Serge Ibaka Expansion Project: The Thunder Forward on His Move Beyond the Arc