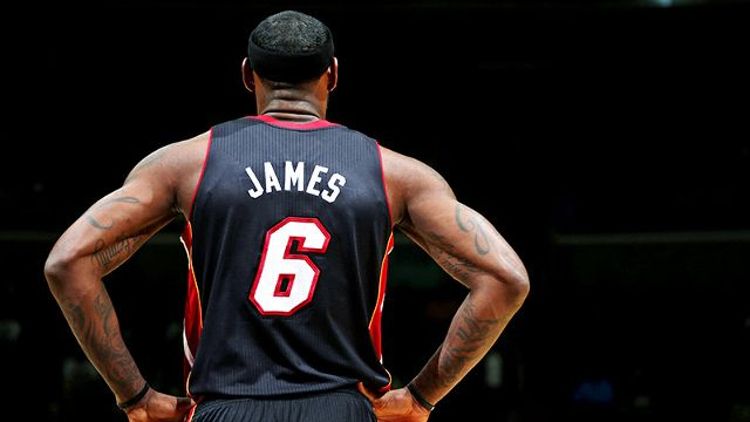 And after a full minute of seeing your hero, this untouchable flying creature, come down to earth to hang out and do normal things like laugh and let the basketball hit him atop the head, you had no choice but to follow the cultish messaging at the end.

And over 20 years later, it’s still a commercial that makes you feel something unique. It will never fully be matched by any other commercial that comes after it, despite you getting older and your increasing awareness that Michael Jordan isn’t an angel.

Since this commercial has aired, there hasn’t been an athlete with an iconic spot that has come close to the 1991 “Be Like Mike” commercial. A superstar stepping off his throne, a talent remembering what it’s like to have fun and be a kid, and hordes of people, young and old, existing with one singular goal: to be like that athlete.

And it wasn’t supposed to be duplicated. Or even approached.

And certainly not by LeBron James.

To quote Grantland writer Robert Mays, after I sent this clip to him in a emotional, confused, gleeful panic late last night:

How it happened I’m still slightly unsure, but winning certainly has a great deal to do with it. But it’s not just that.

It’s almost as if he gave up on trying to be different, trying to be a character — whether it was the villain that never smiles and dons mouth guard fangs or the clown that poses for pictures with his teammates before every game; anything that actively (and almost heavy-handedly) aligned him to a “type.” And, to take it further, a “type” that Jordan never was.

Now, with this commercial, we’re finally seeing LeBron James, iconic adult basketball winner. It’s the beauty of winning. The need to put on airs evaporates. No one can tell you anything.

Imagine, four years ago, LeBron putting out a commercial in which he’s biking around in a helmet. You can almost taste the slander that would be directed his way. But now you watch it and it’s LeBron, man of the people in a city that will stop at nothing to help him get ready for the season.

From the title of the clip (“Training Day”) to the song (“My Shoes,” an original song by Mike WiLL Made It and John Legend) to the various scenes in the commercial, it’s near flawless.

It’s LeBron, the human, giving you chills. With him, I genuinely thought those feelings would always be reserved for the court. I guess I was wrong.