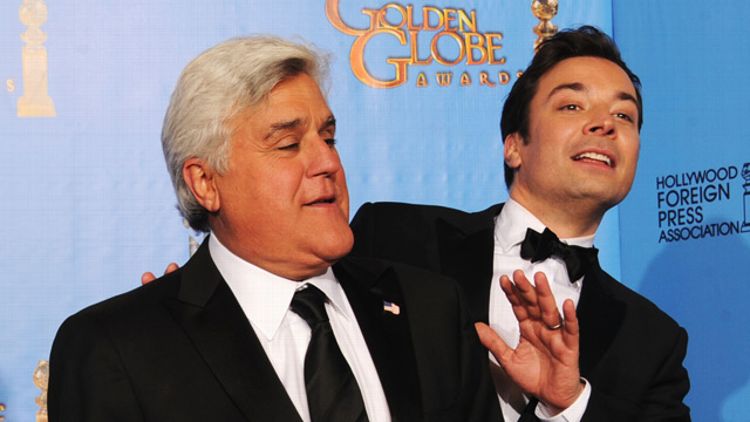 When the usually soft Jay Leno starts hitting his network bosses hard, it’s clear that change — like winter in Westeros — is coming to the late-night landscape. Today, Bill Carter — the indefatigable biographer of the chattering chat-show class — reports that NBC is once again attempting to formalize the right of Tonight Show succession. (Especially since it worked so well the last time, not to mention the time before.) Carter is reporting that Jimmy Fallon will ascend to the big chair in 2014 when Leno’s latest contract ends, and that the show will move to New York. (THR says NBC’s debating whether to launch Fallon during February’s Winter Olympics or give him more time for the transition.) With the ink barely dry and the other shoes yet to drop (do we really think devoted stand-up Leno will take this latest insult sitting down?), here are three instant reactions to NBC’s latest attempt not to shoot itself in the foot.

Leno is years overdue in giving up the throne, but this elevation is still way ahead of schedule. Jimmy Fallon will have been on Late Night for only five years when he gets the job in 2014 — time enough to have developed a fan following and a richly entertaining persona. But five years is positively embryonic in the usual cycle of talk-show supremacy: It took Jimmy Kimmel a full decade before ABC saw fit to bump him up by half an hour and Conan O’Brien string-danced at 12:30 for 16 years before receiving his ill-fated keys to the Tonight Show. Should the onetime Jarret get the surprise promotion next year — assuming an insulted Leno doesn’t just drive off in an old-timey sports car tomorrow — the most important thing for the perpetually meddlesome NBC to do is something that doesn’t come naturally: nothing.

It’s still early, but Late Night With Jimmy Fallon has a uniquely inviting energy for a late-night talk show, with Fallon turning his back on wry, Lettermanesque chilliness for an enthusiastic warmth. With his sketch and musical background, and the wildly important presence of the Roots, Fallon has managed to imbue a nightly broadcast with the anarchic, anything-can-happen thrill of his former home, Saturday Night Live. Uprooting the entire show to antiseptic Los Angeles, or digging out the cobwebbed binder about what sort of humor “plays” at 11:30 that sank Conan’s hopes and dreams like a stone, would be a colossal mistake. Fallon’s charm and energy is one of the few positives in the Peacock’s nest these days. You can give the kid a grown-up suit, but you have to be willing to let him grow into it.

2. Develop a sense of humor.

NBC president Bob Greenblatt’s once-promising regime is crumbling faster than the Soviet empire after an air drop of blue jeans. That he took issue with Leno’s recent ribbing is a sign of deep weakness, not a show of strength. There’s a grand tradition of talk-show hosts biting the hands that feed them (millions of dollars) — particularly so when the digs are deserved: The early-morning and late-night shows are paying the bills for Greenblatt’s disasterpieces in prime time. The fact that both Matt Lauer and Jay Leno are wobbling at the same time puts Greenblatt’s troubled tenure in an even worse light.

So if this plays out like another Nixonian Late Night Massacre and Leno refuses to go along with the plan, Greenblatt will be sure to follow him out the door, and sooner rather than later. Whoever gets the big chair next — assuming someone wants it — will have to work as hard on PR as he does at scheduling. Greenblatt’s rep as a poor communicator did him no favors and bought him little time. The next network president will need to laugh it up in public when NBC falls behind Univision in the ratings, even if he’s crying his eyes out behind the scenes.

Whenever Fallon takes the Tonight Show, it will leave a gaping hole in the currently stabilized 12:30 slot. True visionaries — Warren Buffett, Loki — see opportunity where others see chaos. Now is the time to rip up the rule book that hasn’t really been working since long before Leno “quit” the first time. My advice? With Fallon staying in New York where he belongs, here’s a real chance to shake up the 12:30 franchise by bringing it out to the West Coast for the first time. At that hour the bottom lines are small enough to mess with the big picture. Why not hand the entire thing over to the incestuous comedy mafia that dominates both the UCB and Adult Swim? Well-connected, insanely creative goofballs like Rob Corddry, Paul Scheer, Ken Marino, David Wain, and Lake Bell could have a field day with the time slot, using their zeitgeisty weirdness and deep Google Plus circles to craft a variety show the likes of which network television has never seen. If you can’t beat ’em — and NBC clearly can’t — why join them? Better to make news for doing something new than for doing something wrong. Worst case? There’s a redheaded giant just across the Valley who would probably do just about anything to get his old job back.