The Nine People You Meet in a Dance-Battle Movie 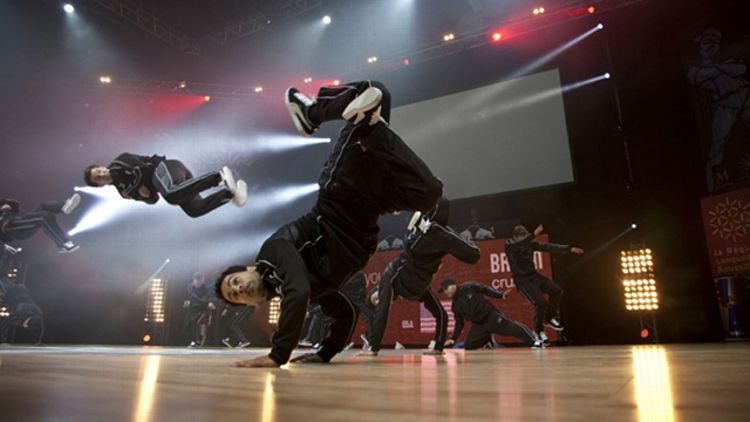 Battle of the Year krumps its way into theaters today, and while I haven’t been fortunate enough to see it yet … in a way, I kind of have, because other than the specific choreography, all dance movies are kind of exactly the same. Here are the nine people you meet in a dance-battle movie (and if at least six of these aren’t in Battle of the Year, it had better not get a sequel).

Also known as “Your Protagonist,” the Orphan can get away with running the streets with his or her crew because his or her biological parents have died and therefore aren’t as conscientious about enforcing curfews. The Orphan may seem hard, but as good as he or she gets on the dance floor, it doesn’t mean much to the Orphan if his or her “Moms” can’t be there to see it. Variation: Only the Orphan’s supportive parent has died, leaving the crappy one to pretend to understand how important dance is to the Orphan but figure it out just in time to make it to the climactic performance, right before the credits.

The Tight-Ass is a classically trained dancer who looks down his or her nose at the Orphan’s wild, undisciplined, exuberant moves. The Tight-Ass may be technically proficient, but where’s the passion?

4. The Tight-Ass Who Comes Around in a Major Way

The Tight-Ass Who Comes Around in a Major Way comes to respect that new forms of dance can be every bit as valid and beautiful as traditional ballet or interpretive dance when he or (usually) she joins the Orphan’s crew. The Tight-Ass Who Comes Around in a Major Way is useful in a training montage, trying to get the ragtag crew of improvisers to learn formal ballet choreography even as most of the crew members try to do a plié and end up falling down in a comical fashion. But hey, if this Tight-Ass can Come Around in a Major Way with regard to dancing, maybe he or (usually) she can also come around on the Orphan, with sexy results … ?

5. The Enforcer of the Arbitrary Rules and/or Deadlines That Catalyze the Story

Are unpaid back taxes on the improbably large loft you share with your crew putting your ownership in jeopardy? Are you going to lose your parole if you don’t take a janitor job at the local dance academy? Is the local rec center about to get razed unless someone buys the property from the bank before the developer’s financing comes through? The Enforcer of the Arbitrary Rules and/or Deadlines That Catalyze the Story is about to tell you, almost certainly with relish.

Get lost, geek, you can’t hang with our crew … Oh, word, you can do flawless Michael Jackson moves? Come back, Nerd, we totally Underestimated you!

7. The Rival Who Has Way More Street Cred OR Money

The Orphan’s dance crew is made up of lovable misfits who dance because it’s all they know. But this other crew of unethical toughs could just as easily be knocking over convenience stores or fully gangbanging, and may actually do that on the side! At the dance battle, a victory for them is a victory for pure evil! Alternatively, the rival crew may be well-funded by a dilettante kid who can practice all the time because he doesn’t have a job, and can also buy his crew really great costumes.

8. The Old Friends Who Want to Pull the Hero Back Into His or Her Old Life, Largely Because They Think Dancing Is Gay

“Come on, bro, this is what you’ve been doing this whole time? Why … for her?!” —The Old Friends Who Want to Pull the Hero Back Into His or Her Old Life, Largely Because They Think Dancing Is Gay

The Orphan’s crew is probably 50 percent or more acting ringers who can kind of dance, so it’s not always clear (particularly in close-ups) whether the Orphan’s crew is actually winning the dance battle. That’s why you need the Expository MC to announce who just did what, why it’s great, and how you’re supposed to feel.