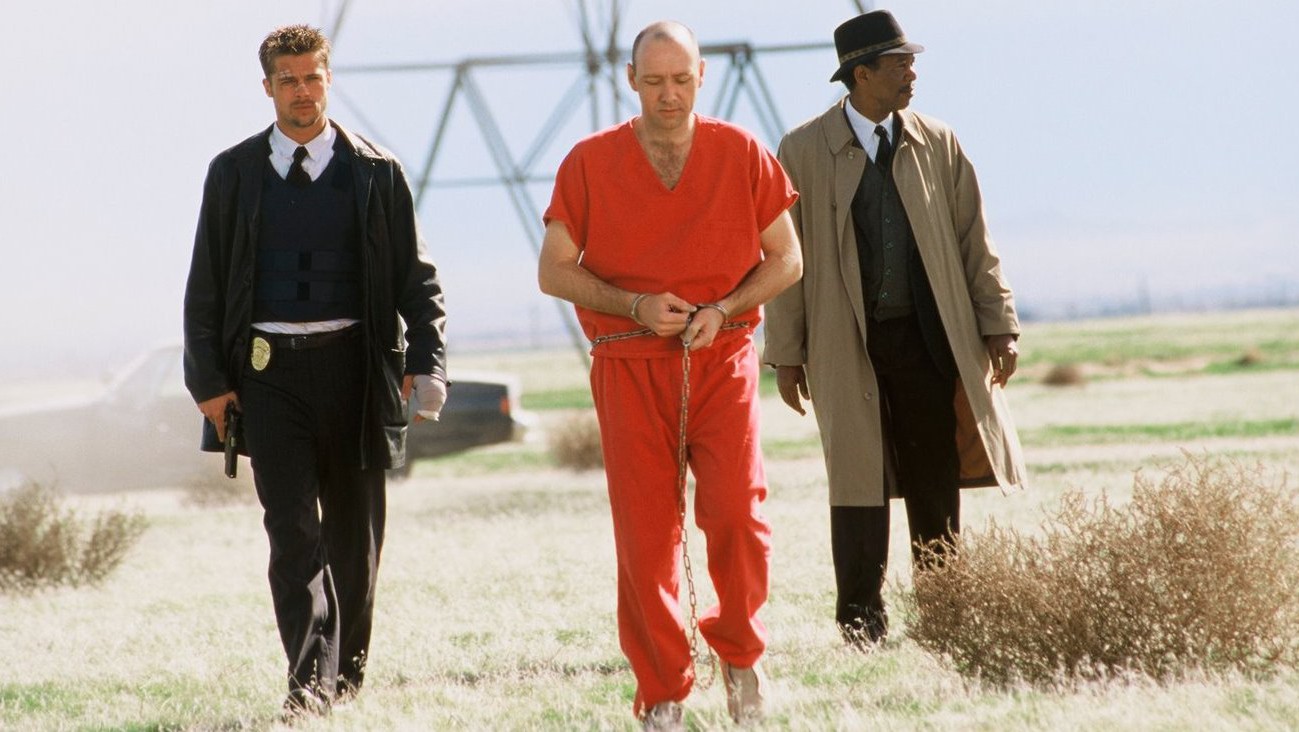 We’re going to make a circle here, you and I:

Furious 7, the latest edition of the Fast & Furious franchise, comes out on Friday. I saw it. It’s fun. Here is a review of it that contains precisely zero spoilers: There are people in it and there are cars in it and usually the people in it are riding in the cars or at least standing near cars. They do crazy things in and around the cars. Then it’s over. Malibooyah.

The primary bad guy in Furious 7 is played by Jason Statham. His character is Deckard Shaw, older brother to Owen Shaw, a person killed in an earlier Fast & Furious movie. The thing where one guy who’s a bad guy in a movie is kin to a different bad guy in a different movie in the same franchise isn’t a new thing. In fact, this exact same setup was used in the Die Hard movie series, when John McClane killed Hans Gruber in the original Die Hard in 1988 and then had to kill his older brother in Die Hard: With a Vengeance seven years later.

The Shaw brothers — conventional dastardly Englishmen — are not weird. The Gruber brothers, though, with their Germanic accents and fancy clothes and slithery looks — those guys were weird. And there it is. There’s our circle.

This is the Movie Bad Guys Weirdness Index. It’s very simple, though perhaps a little confusing. This is not a ranking of weird moments from bad guys in movies. For example: Alex DeLarge performing “Singin’ in the Rain” while doing terrible things in A Clockwork Orange was a weird moment. That specific scene isn’t what gets indexed, though. Alex is what gets indexed — rather, who gets indexed. This Weirdness Index charts characters who are “weird,” and that can range from Gross Weird to Uncomfortable Weird to Visibly Weird to Secretly Weird, and so on.

It rates from 1 percent — a little bit weird, like when you pick up your phone to text someone and that person texts you right at that moment — to 100 percent weird. The only real restriction: No bad guys from horror movies were eligible because basically all of them are weird, so this thing would’ve been somewhere near 40,000 words. That eliminates some obvious characters: the old guy from Poltergeist, the leprechaun from Leprechaun (who was weird because he was a leprechaun but also because he had a brief rap career), pretty much every inanimate object that comes to life and starts killing people (gingerbread men, dolls, condoms, etc.). It also eliminates some less obvious characters, like Michael Myers’s sister and Jason Voorhees’s mother.

The one guy not on here who most people will assume should be on here is Jean-Baptiste Emanuel Zorg, Gary Oldman’s character in The Fifth Element. Everyone thinks he’s weird. But he wasn’t weird at all. He had a very clear agenda and he lived by a code (remember that he spared the guy’s life who saved him from choking on a cherry even though he definitely should have killed him right at that moment), and was even resolutely non-prejudiced (remember that he told that super ugly alien he should never try to hide his face to make others more comfortable). His clothes were weird and his haircut was weird, but they’re only weird to us because we live 200 years prior to when the movie was set. Nobody in the movie thinks he’s weird, only evil, which means he wasn’t really weird at all.

Vic, an aggressively eager nature guide who has very strong opinions about the right and wrong way to catch fish, is the bad guy here. That’s a little strange because mostly he just spends the whole movie trying to teach a small group of teenagers how to be good at camping, but it’s also not that strange because Vic is played by Kevin Bacon, and Kevin Bacon always seems like the bad guy in a movie even when he’s not.

Sidebar: The protagonist in WWS is played by Sean Astin, who almost certainly has the most impressive underdog record in all of Hollywood.

White Goodman is accidentally weird because he’s dumb, and that wouldn’t have been enough to get him up to a 21 percent weirdness rating alone, because lots and lots of people are dumb. But Goodman also kind of likes to have sex with food, so that’s how he gets up this high.

Gotta respect Ben Stiller and Will Ferrell for being able to absorb the critical body blow this movie could have been and continue on as actors. Wow. What resiliency. What courage. 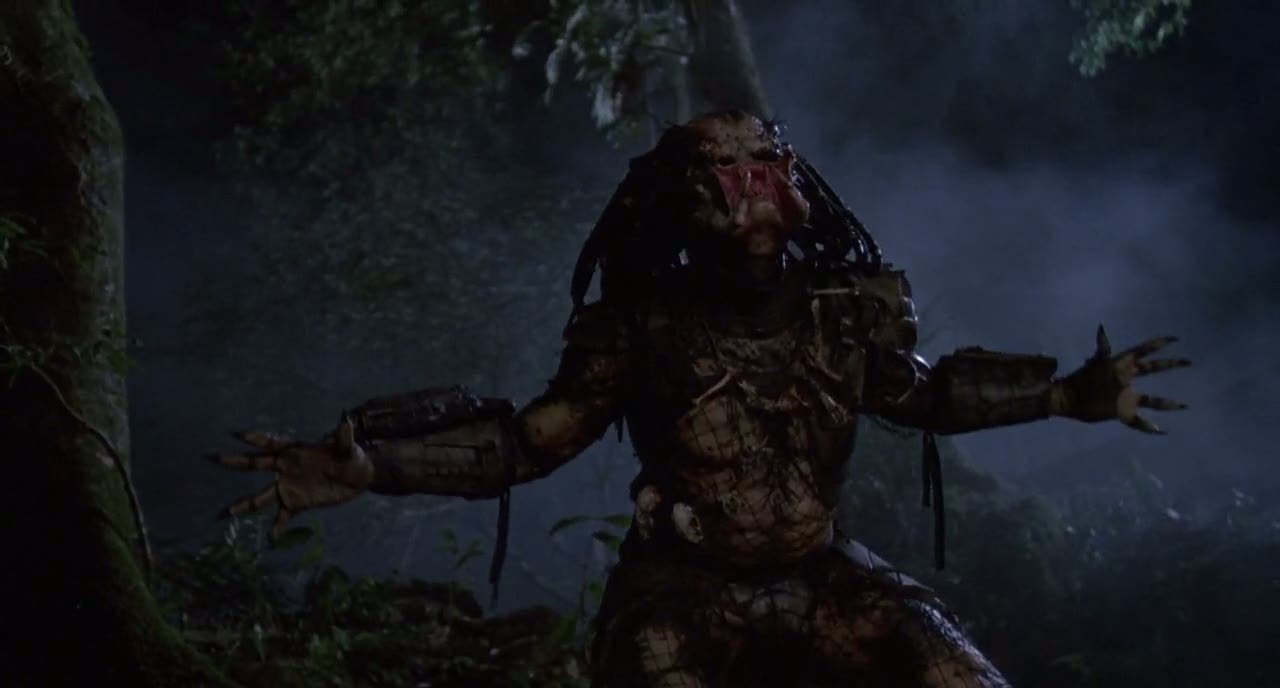 A lonely 8-foot-tall space alien who enjoyed hunting humans and then dangling their corpses from the jungle treetops.

Note: This here is the inverse of the Gary Oldman in The Fifth Element scenario. Every single person who wasn’t the Predator in Predator thought he was weird (and also terrifying), but that’s only because the movie was set on Earth. Had it been set on his home planet, he wouldn’t have shown up here.

He had a total hard-on for catching Ferris Bueller skipping class. I can’t co-sign that. 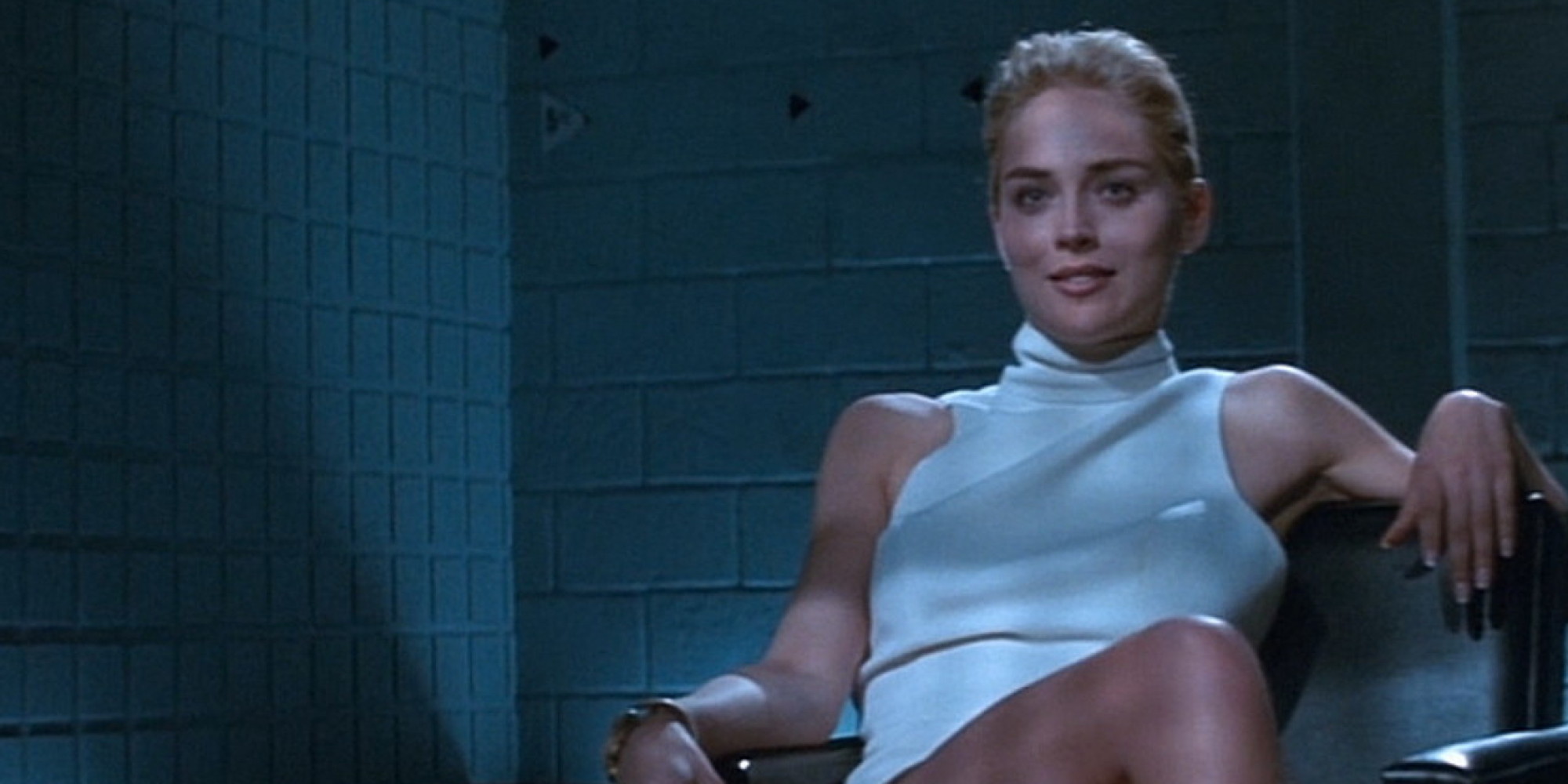 Quintana was a perfectly pitched sleazeball weirdo who gets hyper into a hobby — in this case, bowling — and just turns into a total nut.

Note: When I was in college, there was a guy on campus named Alan who had aspirations of becoming a professional bowler. He was actually very good. He was also actually insane. He used to wear his facial hair so that his left sideburn would go down to his jawline and then run along the jawline all the way to his other sideburn. It was always well maintained. Elaborate facial hair is a Top Three Weirdo Move. There was another guy named Steve who collected snakeskins. Alan was weirder than Snakeskin Steve. 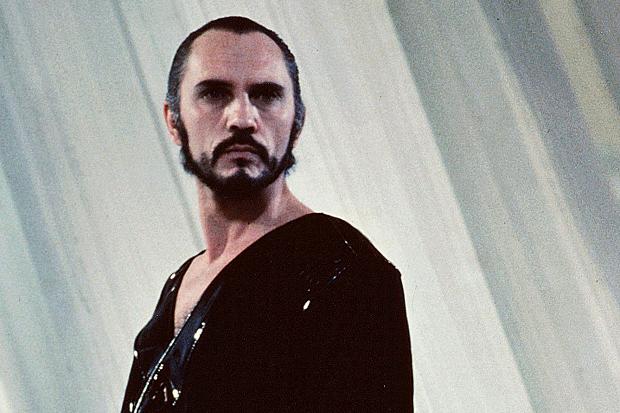 He wore a black leather jacket with metal studs on it and those metal studs formed a giant eagle on his back. That’s not an accidental purchase. You don’t just happen across a jacket like that. You have to hunt that down. You have to search and search. That’s the sort of determination that can only manifest itself in greatness (like when Jonas Salk found the cure for polio) or weirdness (like when Stranix found his jacket). 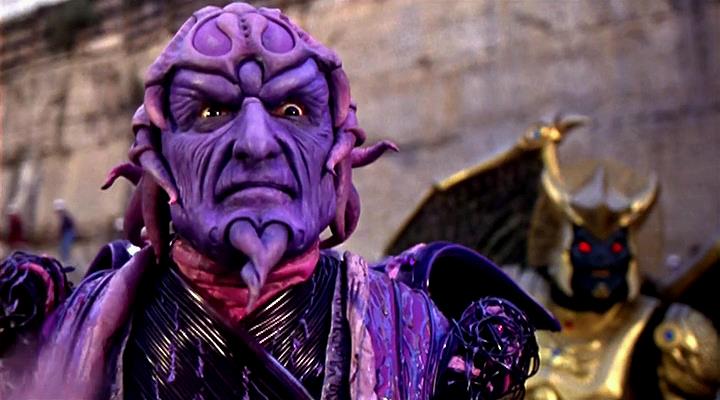 Ivan Ooze leaned into his weirdness more than anyone else on this list. I respect that. 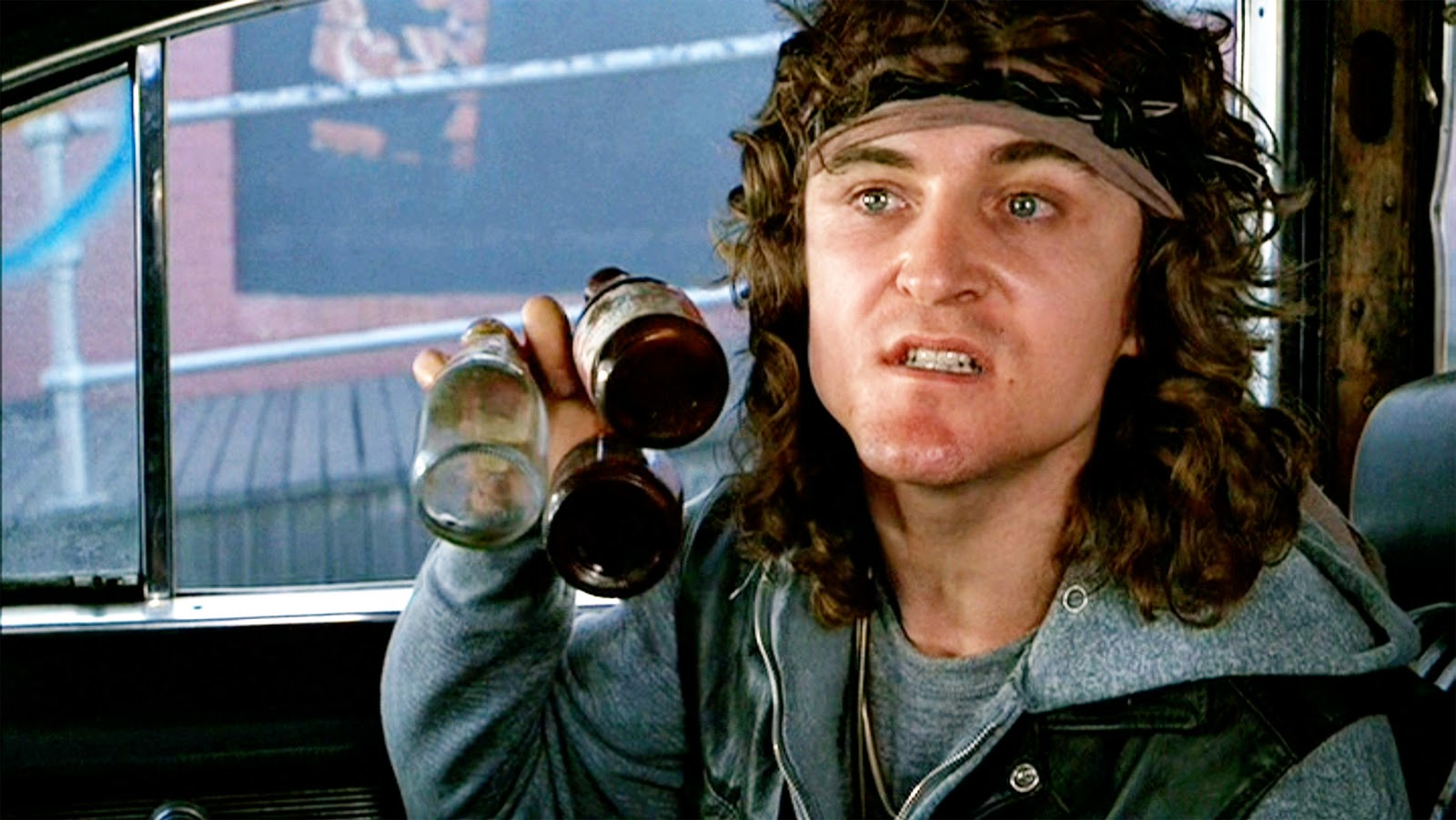 Two picks here, because this is a good example of the difference between a group of people who were actively trying to be weird and a guy who just so happened to be weird, which is more disconcerting.

You wanna sleep with your sister? Automatic 74 percent weirdness rating.

Did you ever even consider that maybe he kept that guy tied to the bed for a year because he wanted a friend? How about that? Maybe don’t be so selfish next time and think of that.

Also: How weird were Christmases for poor John Doe? Was he just handing out heads in boxes to everyone? Was he at his office Christmas party in his bloodied-up jump suit holding a box, and across the room there was a group of people standing there and Terry from accounting was like, “Man, I hope John Doe didn’t pull my name for Secret Santa again. You know what he got me last year?” And then Susan from human resources was like, “Let me guess: a severed head?” And then Terry was like, “Every fucking year, man.” And then everyone laughed a little too loudly and John Doe knew they were talking about him again. Aw, dang. This is sad. R.I.P., John Doe. You were a real one.

Alex DeLarge, Anton Chigurh, and The Mystery Man walk into a bar. Get the fuck outta the bar. 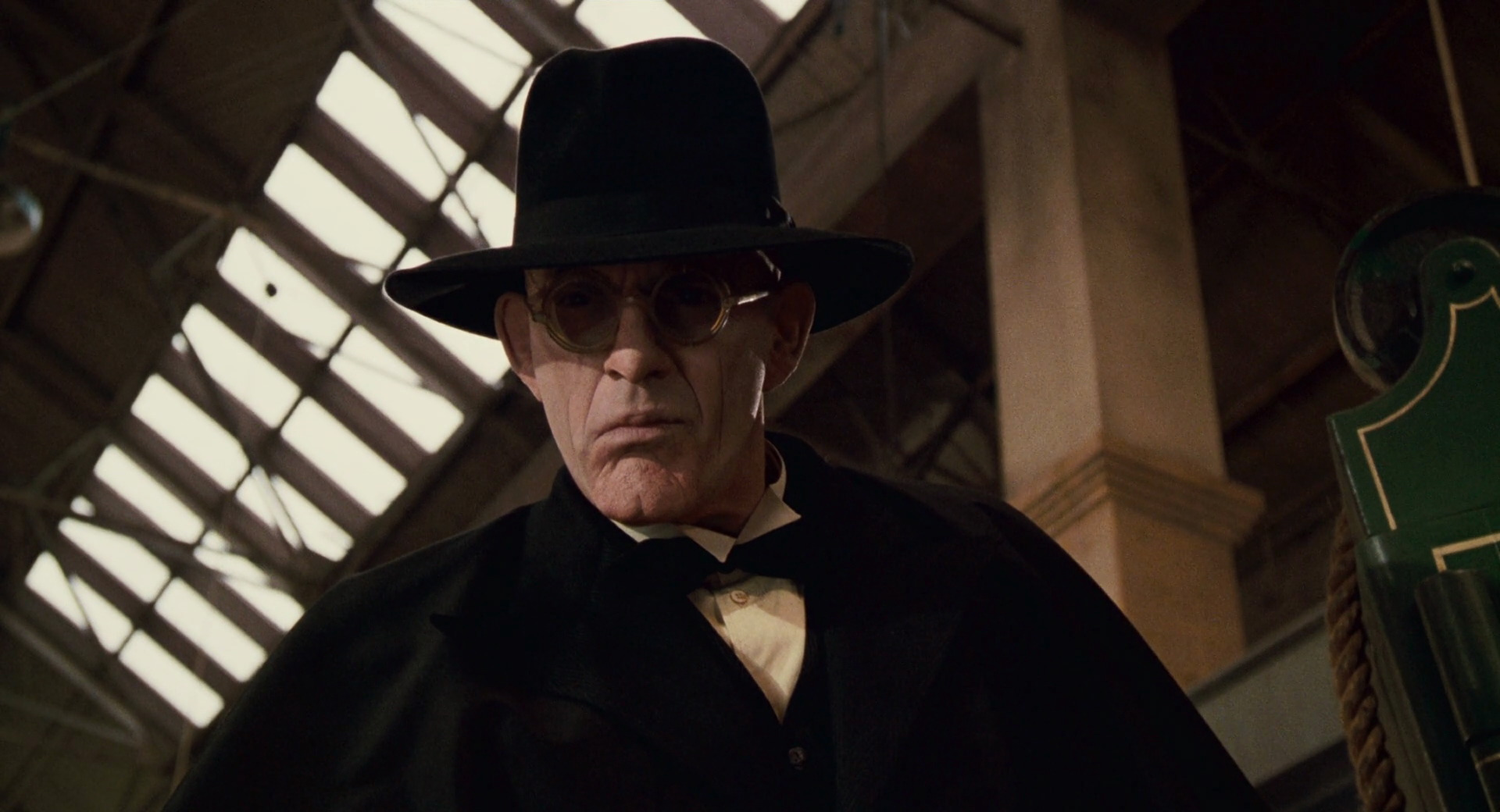 Had Judge Doom just stayed a human he’d have probably been something like maybe 35 percent weird, 40 tops. But when he transformed into a cartoon after getting run over by the steamroller, oh man, that’s when it got way heavier. HE HAD KNIVES FOR EYEBALLS AND AN ANVIL FOR A LEFT HAND. And that scream. I remember watching Who Framed Roger Rabbit with my dad one night while my mom was at work. I was a tiny guy, probably 8 years old — way too young to watch anything as mature as the movie turned out to be. We watched it, we watched that terrifying scene, and that was the moment I realized he didn’t know how to take care of a child.

His name is “Child Catcher.” His whole job is to lure kids into a cage. Super weird.

I was the same amount of surprised when I realized Willy Wonka was a villain as I was when I realized Mario from Super Mario Bros. was actually a villain, and if you don’t think Mario was the villain in that movie I want you to think about how the only thing Mario has ever cared about has been killing King Koopa’s children and bedding the princess.

Buffalo Bill, The Silence of the Lambs
Weirdness Rating: 100 Percent

Up until I saw this film, the most unsettling movie I’d ever seen was The Human Centipede and its even more disturbing sequel, which, if you haven’t seen it, please do not. But that franchise was mostly just gross weird. This one is a whole different thing. It’s disturbing weird, and disturbing weird is way worse. I can’t even think about it.

What happened was I kept seeing the name “Eraserhead” come up as I was reading about “weird movies” and “weird movie characters” and things like that.2 So I searched for it, read the Wikipedia page for it, thought, This sounds strange — and strange is fine and occasionally interesting, so I watched it, and then I spent, like, 64 hours throwing up everywhere.

You know how when you read a book and you picture everything you’re reading happening in your head so it looks exactly like you want it to because it’s your brain that’s making the picture? OK, that’s the problem with reading the Wikipedia page for this movie. Your brain just can’t come up with anything nearly as disturbing as this movie, no matter how hard you try. It just can’t. Here’s an example from the Eraserhead Wiki, and it’s maybe the only example that matters:

“It tells the story of Henry Spencer, who is left to care for his grossly deformed child in a desolate industrial landscape.” You read “grossly deformed” and your brain either ignores it completely or comes up with a tame version of “grossly deformed.” Here’s the actual baby from the actual movie and … just … yeah, fair warning:

We have a winner.