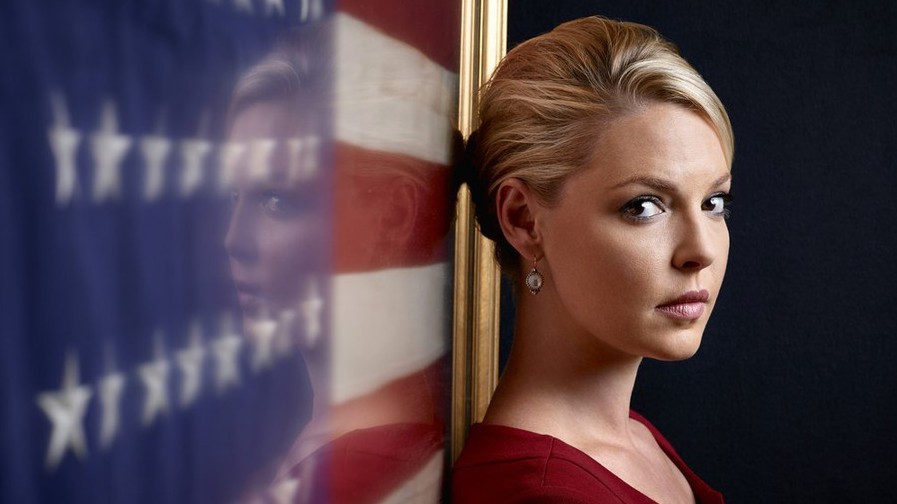 It sounds like a sex act made infamous by a University of West Virginia frat house. It sounds like a leather ottoman that’s currently 30 percent off at Ethan Allen. It sounds like a dance Greta Gerwig would attempt in a Whit Stillman movie, only to be shown up at the campus formal. “Please, Lily. I’ve danced the Charleston Tucker since your mother was in short pants!”

What it doesn’t sound like is a real person. Which is fine. Because Charleston Tucker, as played by Katherine Heigl in State of Affairs, is far from a real person. She’s a TV Frankenstein cobbled together out of the stray DNA of other, often better shows. She’s got the CIA credentials and damaged liver of Homeland’s Carrie Mathison, the workplace banter and boundary issues of Grey’s Anatomy’s Dr. Izzie Stevens (funny, that), and the dedication to teamwork of The Blacklist’s Raymond Reddington. To watch her is to experience DVR déjà vu. In addition to being baffling, Charleston’s name is the most original thing about her.

At least her job is relatively unique: preparing the president’s daily intelligence briefing. But that’s not all: One year before the series begins, Charleston’s fiancé was killed in front of her by terrorist gunfire in Kabul. Oh, and her fiancé’s mother, as played by the regal Alfre Woodard, just happens to be the president of the United States. (And you thought your mother-in-law was tough, said the hackiest guy in the NBC promo department while holding up his hand for a high five that never arrived.) And so Charleston self-medicates with tequila shots, rando trips to Bonetown, and occasionally overriding the CIA director by hiding in the back of a delivery van. Not to worry, though: Not even crushing grief and imminent drone strikes can keep our Charleston away from a sex pun. “No good can come” from your behavior, tut-tuts a shrink early in the premiere. “Well, good doesn’t have to come,” Charleston says, milking the pause like a veteran dairy farmer. “I do.”

In the version of the pilot I watched earlier in the summer, State of Affairs seemed to teeter on the same crazy-work/crazier-life seesaw that has successfully funded Shonda Rhimes’s nine vacation homes. That version even had Charleston — Charleston! — tell her shrink, point-blank, that she was a “total slob in my personal life, total sniper in my professional one,” which was helpful because the transition from drunken wall-sex to Langley wasn’t clear enough. (That line, mercifully, has since been cut.) Sometime between then and now, NBC smartly recognized that a better model for State of Affairs might be its most successful series. And so of all the shows I mentioned above, it’s the last of them that’s the most relevant. State of Affairs, like The Blacklist, is produced and directed with steroidal verve by the human popcorn popper known as Joe Carnahan. For as much as State is being promoted as Katherine Heigl’s attempt to recapture her fame by returning to the fickle medium that handed it to her in the first place, it’s probably better understood as Carnahan’s move to strengthen his grip on audience’s throats — not to mention NBC’s bottom line.

So while love may remain a battlefield for our dear Charleston, the new — and I have to believe more Carnahaned — iteration of State of Affairs that airs tonight at 10 p.m. EST is primarily concerned with the real thing. For all the talk of “actionable intelligence” throughout, only the former is on display. The hour is packed with all manner of government conspiracy hoo-ha: People are always answering phones very loudly (often next to helicopters), bearded jihadists yell angrily into cameras, handguns are stored near bottles of scotch. This change makes State of Affairs a sillier, more formulaic show — everyone is harboring creepy secrets! Even professional creeper David Harbour! — but probably also a slightly better one. All the noise helps drown out any pesky thinking. And whether you believe her press or not, Heigl is never going to be a shrinking violet. Though I find her wildly implausible as a pistol-packing spook, she’s a lot less believable when asked to play the mushier notes. “His death will make killers of us both,” President Woodard says of her son’s passing. And the look Heigl flashes makes me willing to believe that transformation happened long ago for her.

But let’s not lose sight of what may prove to be State of Affairs’s terminal flaw: This is a thriller not about global espionage but about publishing. Charleston, remember, isn’t in the field. She isn’t running assets or, like her spirit animal Carrie Mathison, dutifully tapping them. Charleston’s day job involves Googling headlines at two in the morning and then cutting and pasting them into what amounts to the world’s most highly classified zine. All the stirring music and cross-cuts of decapitation videos are unable to distract us from this uncomfortable fact. Could there possibly be 12 more hours of drama to be mined from such an unsexy gig? Will future episodes founder when a hungover Charleston forgets to hit reload on aljazeera.com? Does the fate of our democracy hinge on an empty cartridge of printer toner? It’s like staging a cop show from the perspective of the radio dispatcher, a medical series from the POV of the dude filling prescriptions. I’m willing to believe Charleston Tucker could be almost anything. But a compelling morning-shift blogger? That’s pushing it.