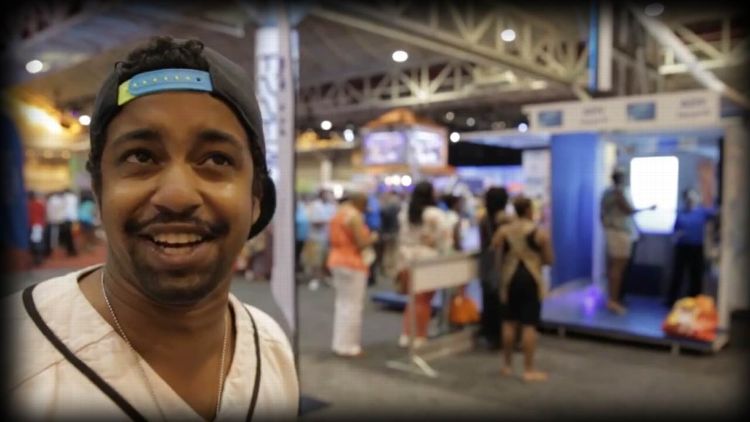 During daytime at the Essence festival, the convention center became the hub of activity. Situated more as an expo than anything else, brands from Walmart to McDonald’s to State Farm to Coca-Cola operated massive booths, with the goal of luring people to their products by way of freebies and orchestrated line dances.

On Saturday, we did a few loops through the packed convention center to chat with people and alert them that, despite the camera crew and boom mic, no, I was not famous, so you could put away that iPad.

Outside of the Mercedes-Benz Superdome:

I will go to Essence every year, less for the acts and more for the people in attendance. One of the best things about the 400,000-plus that make the New Orleans pilgrimage are the outfits that come out every night at the Superdome.

Fashion is not a game at Essence. It’s a sport. A professional sport. And everyone who shows up is a first-ballot Hall-of-Famer.

We nabbed some of the best on Friday and Saturday night as they entered the Superdome. Most had plenty to say, usually about their own outfits, and occasionally about my own.