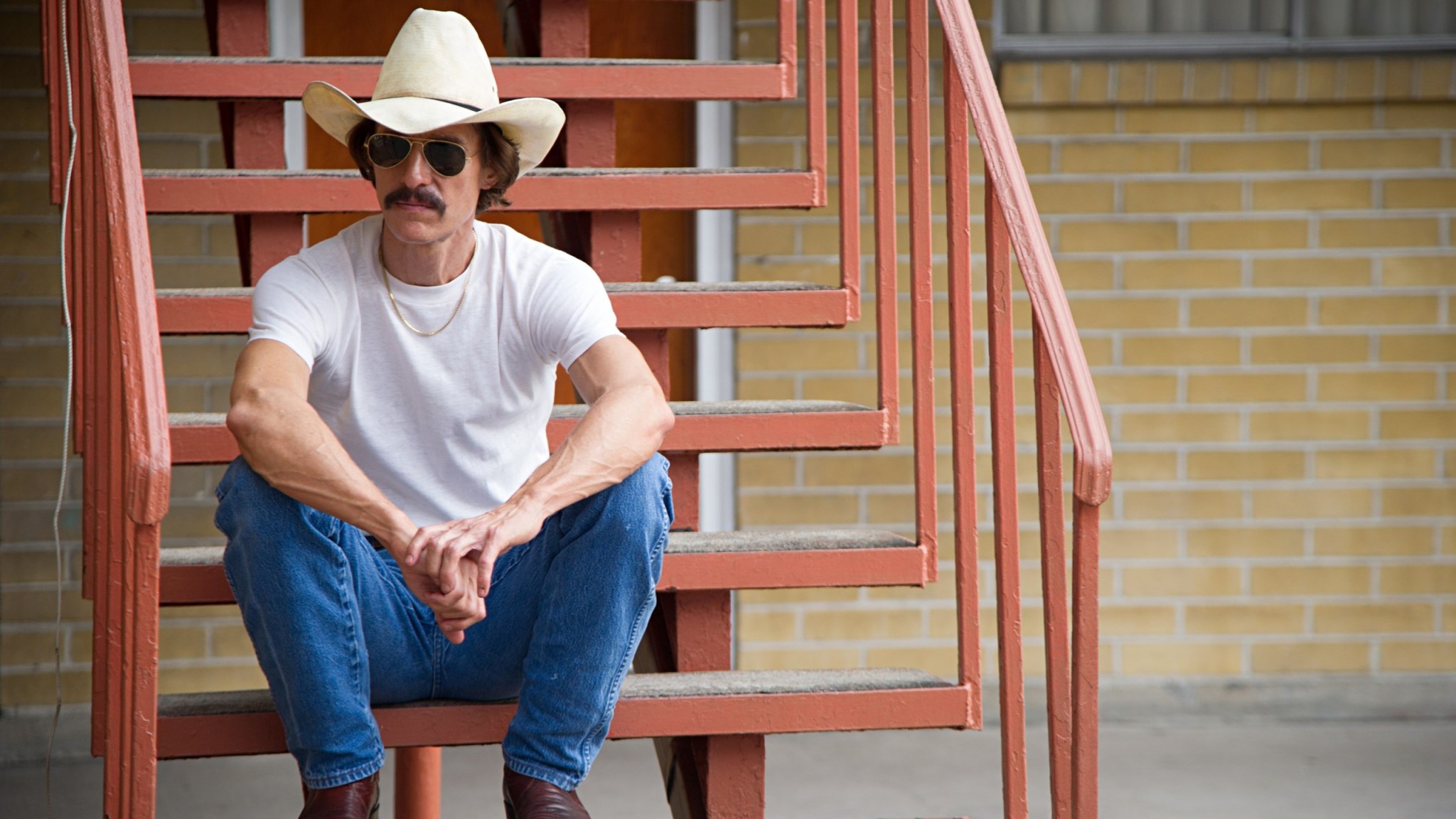 To see all of Grantland’s Oscars coverage, click here.

We’re down to the big four categories now, so let’s get a little more forensic and give each of the 20 remaining nominees the picking-apart they deserve. Today I’ll take on Best Actor and Best Actress, ranking each in ascending order of probability.

Two years ago, when The Iron Lady won Streep her third Academy Award, she interrupted her own speech to say, “I really understand I’ll never be up here again.” I don’t think a single person in the audience believed that, and judging from the teasingly ambiguous shrug with which she followed the remark, I’m not sure she did either. With 18 nominations, Streep is already so entrenched in the record books that a fourth Oscar would hardly be a startling accomplishment — except if it came a mere two years after her third, and for this movie. Harvey Weinstein recently admitted that he bungled August’s launch by rushing it into September’s Toronto International Film Festival before it was ready. But the movie, which got only two nominations, has execution problems as well, including some that Streep’s expert, self-starting performance can’t overcome. She’s also fighting changing tastes — not in actresses, but in movies. In the 1980s, four of the 10 Best Actress winners took their prizes for appearing in adaptations of stage work. That streak was capped by Jessica Tandy’s win for 1989’s Driving Miss Daisy. Nobody’s done it since — although if all goes well, Streep might have a good shot again a year from now with Into the Woods.

Bullock’s virtual one-woman tour de force in a movie that has now grossed $700 million worldwide is a capstone moment in her career; five months before her 50th birthday, she is at the peak of her box-office and pop-cultural clout. Sometimes Oscars can be used to ratify a series of smart choices that result in a career upswing (more on that when we get to Best Actor, below). This would be that moment for Bullock if voters hadn’t decided that the moment was four years ago, when she won for The Blind Side. Now she’s no longer a hardworking sweetheart who raised her game; she’s a powerful A-lister who stuck the landing. This is an Oscar she can afford to lose, which is great, because that’s how it’s gonna go.

Welcome to the zone of actresses who could actually win this thing. Dench has already secured her own place in Oscar history — she earned every one of her seven nominations for acting after she turned 63. She is the grande dame (literally — she’s a Dame) of this category, and has been the focus of an intelligent and effective campaign by the Weinstein Company that has treated her role in Philomena as a career summation and gently reminded voters that she’s about to turn 80. The movie has also peaked at the right time, increasing its total U.S. gross by 50 percent in the weeks since the nominations were announced. But the depth of support for Philomena — a surprise Best Picture nominee, but the recipient of fewer overall nominations than any of its eight competitors — is hard to measure, and the movie’s restraint may work against Dench. She’s probably one big “Oscar scene” short of being able to take the prize.

The other four women in this contest already have Academy awards, which means that for voters who like to believe Oscars are owed rather than merely given, Adams — nominated for the fifth time — is the only choice. The problem is that there are fewer of those voters than cynics sometimes imagine; just ask Glenn Close (0-for-6). One problem for Adams is that she’s just 39, and her nominations have come over a mere nine-year stretch; she’s not some weary veteran with “at long last” sentimentality on her side. But she is, unlike the front-runner, in a movie with huge support from many branches of the Academy. What may finally work against her is the very thing that got American Hustle all those nominations in the first place: It’s an ensemble, and in recent years (2013 being an exception), Best Actress has tended to go to women who dominate the movies in which they appear.

There are some people who think that, as the pathetic monster who tints Woody Allen’s movie with unexpected shades of horror and tragedy, Blanchett is overacting rather than doing what she’s doing, which is bringing impeccable control to the portrayal of a chillingly narcissistic woman who sees herself as the heroine of her own melodrama and thus overacts her life. There are also, I assume, some people so shaken or disgusted by the recent op-ed Dylan Farrow/Allen firefight that they won’t vote for anyone in a Woody Allen movie. And there are some people who just didn’t like Blue Jasmine. These are all reasons that Blanchett won’t get 100 percent of the vote. But consider this: If Streep gets 5 percent, Bullock gets 15 percent, Dench gets 20 percent, and Adams gets 25 percent, Blanchett still wins, and wins easily. The degree to which this has become a referendum on Allen is the unknown variable here; if Blanchett loses, expect all factions of the Internet to be at their absolute worst the next day.

In another year, Bale, a surprise nominee, could have taken the statuette for the comic turn that anchors David O. Russell’s movie. He’s that good — both completely controlled and (uncharacteristically for him) completely relaxed. As it is, he’ll have to content himself with having been chosen over the worthy likes of Tom Hanks, Robert Redford, Michael B. Jordan, Forest Whitaker, and Joaquin Phoenix — and with the Oscar he won three years ago for The Fighter.

Dern’s Oscar story represents an odd case in which a wholly credible campaign narrative and an inarguably worthy performance are such mismatches for one another that they somehow add up to less than the sum of their parts. The case for him has been in place since May, when he took the Best Actor prize at the Cannes Film Festival for his work as a prideful, stubborn Midwesterner facing mental decline in Alexander Payne’s Nebraska. He’s 77, his only other nomination was 35 years ago, and in the late autumn of his career, after years of waiting for Payne to commit himself to the movie, Dern was finally given the kind of meaty part he rarely got in his younger years and made the absolute most of it. Dern made no secret of the fact that he wanted an Oscar, and that he wanted it in this category rather than Best Supporting Actor, where some thought he belonged. (For what it’s worth, I think Dern was right: This role is a co-lead.)

But the performance itself is not the kind that wins you a career achievement Oscar — in fact, that’s one of the reasons it’s great. In Nebraska, Dern is cold, closed-off, hard to read, hard to like. There are no cutesy grandpa tricks to his work, and nothing maudlin or hokey. It’s tough to create a sentimental campaign around unsentimental work, and it’s also tough to find an audience for a movie for which the prevailing mood is melancholia; this is the lowest grossing of the nine Best Picture nominees. Besides, if “give it to the old guy” were an effective a pitch, as it’s often mistakenly believed to be, Redford would be having his tuxedo pressed about now.

Even people who aren’t fans of Martin Scorsese’s movie — which, let’s remember, drew no support whatsoever from any of the Academy’s tech or craft branches — concede that DiCaprio is fantastic in it. I’m one of them; I have huge problems with The Wolf of Wall Street, but in this category, he’d probably get my vote. It’s not just, or even primarily, the slo-mo Looney Tunes Quaalude scenes, and it’s not the masters-of-the-universe workplace bombast (which actually goes on too long); it’s the way he lets smugness, insecurity, and appetite battle for custody of his personality, sometimes in the same sequence and even in the same line. The “Bond villain” scene on the yacht with Kyle Chandler is a home run because, like Blanchett in Blue Jasmine and Cooper in American Hustle, DiCaprio is playing someone who thinks he’s pulling off a convincing performance but isn’t. It’s grown-up, almost athletic work by an actor who can think on his feet. The only thing holding him back is aversion to the movie.

It’s surprising, in a way, that the impeccable performer who has the central role in the year’s most acclaimed drama isn’t the preemptive front-runner for Best Actor, but it’s not Ejiofor’s fault. In some ways — despite the suffering, the lashes of the whip, the blazing eyes, the wrenching story — this is the kind of performance that more often results in a trip to the Oscars than a trip to the lectern. An honest portrayal of stoic endurance is about the suppression of emotional range rather than the expression of it, especially in the hands of a director like Steve McQueen, whose actors can sometimes feel slightly overmanaged, as if they’re colors on his canvas.

Immense and horrifying physical transformation? Check. Disease? Check. Historical topicality? Check. Opportunity to play sadness/fear/anger/determination? Check. Flamboyant, zero-to-80-in-under-two-minutes “Oscar clips”? Checkcheckcheck (way too many of them for the character’s and the movie’s own good). And a killer awards narrative to boot. McConaughey is the ideal choice for every member of the Academy who wonders if he’s lived up to his talent and wants to prove that, given a chance, he can turn things around. And HBO’s True Detective only helps — it is a perfectly timed confirmation that what’s now being called the “McConaissance” isn’t a fluke.

As an actor, McConaughey can be a lot to take. As I said to Wesley Morris on our Oscar podcast, he is sometimes overcommitted to overcommitment, to the point where his eyes burn a little too brightly and every performance becomes a musical number. (See The Wolf of Wall Street, where his restaurant scene is fun but as contextless and showy as if he’d suddenly jumped atop the lunch table and started to tap-dance.) But his work in Dallas Buyers Club is different; the externals may be what you notice immediately, but what lingers is that while playing a son of a bitch who gets sick and becomes a marginally less awful son of a bitch, he never overdoes the transformation; he’s clearly figured out who Ron Woodroof is, and never lets himself get distracted or beg for sympathy. The movie he’s in is, to my taste, the weakest in the Best Actor field, which is why I would be surprised but not shocked if Ejiofor, DiCaprio, or even Dern pulled off an upset. If McConaughey loses, we’ll all work backward trying to figure out why it happened. But right now, that looks unlikely.

Tomorrow: Best Director and Best Picture — which, this year, are truly two different subjects. Plus: Bettor’s remorse — I tell you which predictions I’ve gotten the most pushback about, and maybe even reverse one!

Katy Perry and John Mayer Call It Quits (for Now) ... and Other Unexpected Announcements From This Week's Tabloids