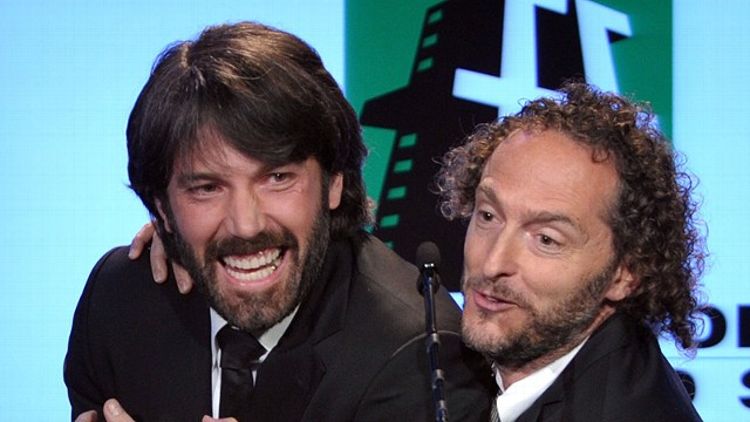 The Oscars, as I hope we’ve established by now, are not simply a beauty contest. But when it comes to the half-dozen categories that reward visuals, that can be hard to remember. Here’s this year’s rundown:

In recent years, voters for Best Art Direction have favored either fantasy — The Return of the King, Pan’s Labyrinth, Avatar, Alice in Wonderland — or elaborate period pieces on the order of Memoirs of a Geisha, Chicago, The Aviator, and Sweeney Todd. Every nominee this year qualifies as one or the other, and at least half of Midnight in Paris qualifies as both. So what gets ruled out? Let’s start with Deathly Hallows; this is 10-time nominee (and three-time winner) Stuart Craig’s fourth and final shot at a prize for the Potter franchise, but if it hasn’t happened by now, the die is cast. Rick Carter’s understated, evocative handling of War Horse is probably out of the running as well, despite some showpiece work in the trenches; this category has rarely favored naturalistic movies set primarily outdoors. And Anne Seibel’s glittering nightscapes and warm interiors from two different eras in Midnight in Paris could suffer from a perception that Paris basically art-directs itself.

So here, as in many other races, it’s probably down to The Artist versus Hugo. Laurence Bennett’s work on The Artist — all those silvery surfaces! — could ride a sweep to the podium. But the movie is modest in scale, so in a category with a more-is-more aesthetic, I’d pick Dante Ferretti (who won for The Aviator and Sweeney Todd) to take home his third statuette for creating an entire universe within a train station in Hugo.

I don’t imagine that voters saw Arianne Phillips’ work on W.E. in sufficient numbers to give her the prize. Lisy Christi’s costumes for Anonymous are fine, but I’m ruling it out on the possibly less-than-objective grounds that no movie that terrible has won the Costume Design Oscar in history. And the drab dowdiness of Michael O’Connor’s work on Jane Eyre was impeccable and completely appropriate to the movie, but if voters honored costume designers just for getting everything exactly right, then we’d be looking at nominations for Tinker Tailor Soldier Spy and Bridesmaids as well.

For better and for worse, in this category, prettiness counts, so once again, we’re down to The Artist and Hugo. (If you’re feeling bored now, just wait until Sunday.) Mark Bridges’ work on The Artist was fine, but tuxedos and flapper dresses don’t represent as high a degree of difficulty as Sandy Powell’s work creating one set of costumes for the world of 1930s Paris and another for the turn-of-the-century fantasy-universe of Georges Melies. Powell, who previously won for Shakespeare in Love, The Aviator, and The Young Victoria, should go home with her fourth Oscar; if The Artist takes this one, brace yourself for an evening full of French-accented acceptance speeches.

Whenever an Oscar prognosticator opens with, “If there’s any justice in the world … ” I always think, You lost me. The Oscars are about many things; when one of those things is justice, it’s nothing more than a happy accident. For proof, look no further than the history of this category. Here’s just one reminder: Between 1972 and 1979, Gordon Willis shot The Godfather, The Godfather Part II, All the President’s Men, Annie Hall, and Manhattan. For that body of work, he did not receive a single Oscar nomination.

So, if there’s any justice in the world (looooong pause for fits of laughter and/or purple-faced outrage) Emmanuel Lubezki will win this award for the subtle, precise, and indelible beauty he brought to The Tree of Life. Guillaume Schiffman could coattail on an Artist sweep, but his black-and-white cinematography is not of the exceptional caliber of this category’s other competitors: Janusz Kaminski worked masterfully, and far outside of his usual color palette, on War Horse, Jeff Cronenweth created a perfectly frosty visual temperature for The Girl With the Dragon Tattoo, and two-time winner Robert Richardson was probably responsible for a great deal of the success of Hugo’s 3-D. He and Schiffman are possible spoilers here. But the award is Lubezki’s to lose.

Two types of movies win this award: Those with immense prosthetic transformations (The Wolfman, Star Trek, How the Grinch Stole Christmas) and those in which an actress is persuasively transformed into a famous person (La Vie en Rose, Elizabeth, Frida). The Iron Lady, which is both, is as close to a sure winner as you’ll find this year. I’d stake Ralph Fiennes’ missing nose on it.

Harry Potter and the Deathly Hallows: Part 2
Hugo
Real Steel
Rise of the Planet of the Apes
Transformers: Dark of the Moon

As I noted yesterday, when handicapping the Oscars, it pays to remember that real voters make these decisions a lot faster than predictors do. One or two quick scans of the above list, and the title that stands out gets the check mark. So, let’s simulate. First quick glance at the lineup, and we can eliminate Harry Potter (feels too been-there-done-that), Real Steel (many voters probably skipped it), and Transformers (too stupid).

That leaves Hugo and Rise of the Planet of the Apes — and here’s a case in which statistics and instinct collide. Instinct says the award goes to Planet of the Apes — an eye-poppingly shrewd 3-D ad of Andy Serkis morphing into Caesar ran in all the trades during the pre-nomination campaign, and even though it didn’t accomplish its intended mission, which was to secure a Best Supporting Actor nomination for Serkis, it certainly front-and-centered the movie’s effects for the entire Academy votership.

Now, the ugly statistic: Since this award was established in 1977, given the choice between a Best Picture nominee and a non-nominee, voters have chosen the Best Picture nominee every single time. A victory for Apes over Hugo would fly in the face of 35 years of history, not to mention a three-year streak during which Best Picture contenders Benjamin Button, Avatar, and Inception took the prize.

Brain vs. heart — always an Oscar danger zone. Since at least one oddball Oscar record is broken every year, I’m still giving Apes the edge. But if Hugo wins, don’t say you weren’t warned.

An editor who does his or her job right is locked in such a mind-meld with the movie’s director (while making that director’s work look better in a thousand ways) that it’s virtually impossible for a layman — or even another editor — to determine what, precisely, the editor’s contribution was. What we do know is that six times in the last 12 years, the award for editing has gone to the eventual Best Picture winner.

The six times those awards haven’t matched up, Best Editing has gone either to a movie with such an extraordinarily visible, technically complex editing style that it stood out to the votership (The Matrix, Black Hawk Down, The Bourne Ultimatum) or to the movie that was eventually perceived to be the runner-up in a close Best Picture race (Traffic, The Aviator, and last year’s winner, The Social Network). Those six winners, by the way, won an average of 3.3 Oscars apiece. Best Editing is almost never given in a vacuum — every winner in this category since 1968 has taken at least one other Oscar.

There is no fireworks-display equivalent of The Bourne Ultimatum this year, so if this follows tradition and correlates closely with the favorites for Best Picture, The Artist and Hugo should have the edge. And the extra importance of knowing when and how to cut in a story told without words should bring The Artist’s writer-director-editor Michel Hazanavicius and his co-editor Anne-Sophie Bion the prize. But if Hugo’s Thelma Schoonmaker somehow manages to take it, the sphincter-clenching in the block of seats assigned to The Weinstein Company should be visible to the naked eye for the rest of the evening.

Filed Under: Hugo, Oscarmetrics, Oscars, Rise of the Planet of the Apes, The Artist, The Iron Lady, The Tree of Life

Why Would Rihanna Do a Song With Chris Brown?