Oscar Travesties! The Boning of Goodfellas 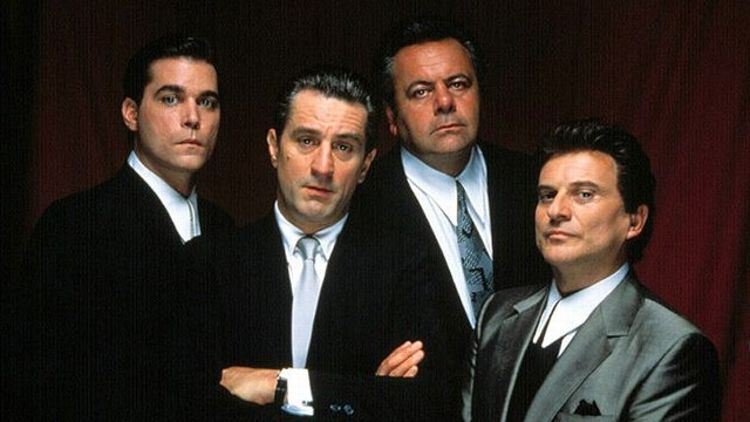 Look, I don’t hate Dances With Wolves. Unlike most of my film-snob friends, I actually have a soft spot for it. I remember watching it in the theater and being moved enough to want to see it again. I cheered when the tatonka finally showed up and Kevin Costner’s Lieutenant Dunbar got to ride to the American Indian camp and rouse them to the hunt. And speaking of Costner, I really like him, too. From Silverado to Company Men to the vastly underrated Thirteen Days, Costner’s appearance on screen always brings a smile to my face. And he directed the film with craft and artistry. So I have no problem with Dances With Wolves (and Costner himself) getting nominated in 1990.

But if you’re asking me to be OK with the fact that both the film and Costner beat Goodfellas and Martin Scorsese? The answer would have to be: Go fuck yourself. Because that is undoubtedly the greatest travesty in Oscar history.

Now this isn’t a “Why Goodfellas is great” essay. You know why Goodfellas is great. If this argument came up in a bar, you’d immediately say that just the Spider scene alone is better than any 10 scenes in Dances With Wolves put together. And no one would argue back. And we could say the same, couldn’t we, about the Tommy getting whacked sequence? Or the “Janice Rossi is a whore” sequence? Or, how about the entire opening act with Henry as a child? Yes, yes and you better goddamned believe yes.

And none of these are among the top 20 sequences in the movie! Is there even one film since the Godfather with more lines you quote every single day without even being aware that you are quoting? “I’m bleeding for this caper”; “Mumbling, stuttering little fuck?” (being in the movie business and talking to execs, I might use this one more than you); “What am I, a shmuck on wheels?”; and, of course, “Go home and get your shine box!”

So if this isn’t a Goodfellas-is-great essay, what is it? It’s a Goodfellas-got-boned essay. The way people try to explain how this happened is that Hollywood wanted to reward an actor who stepped outside of his comfort zone. And that they especially wanted to reward an actor who fought to get an impossible movie made, and one with a liberal social conscience as well. I don’t think any of this is untrue. But I don’t think it’s really at the heart of the thing either.

I think the heart of the thing is that the Academy, at that time, just didn’t understand how great Goodfellas was. And if they did, the fact that it was a downer, repudiating the honorable gangsters with heart from The Godfather, in an earlier, slightly more optimistic era, made it easier to ignore than to celebrate. It’s the same basic reason the boxing film Rocky won when it did and the boxing film Raging Bull lost a few years later. (I love Rocky. I will always love Rocky. But it is a romantic look at the life of a boxer.) Brutal, unvarnished honesty wasn’t going to be in vogue with Academy voters for a few more years, if ever.

I remember leaving the theater the night I saw Goodfellas — I was blown away. I was also in a sort of sad, shocked stupor. I had seen something real. Done artfully. And beautifully. But there was absolutely no hope up on that screen. Now, when I rewatch it, I can laugh along, nostalgically, as Maury, Stax, Roast Beef, and the others get rubbed out. But that first night, I was horrified. By the movie and what it said about our nature. That horror has rarely been something the Academy has rewarded. Because there is nothing easy about it, nothing glitzy, nothing glamorous.

This whole thing makes me think of this one scene in Goodfellas that’s always made me laugh. It’s a brutal scene, of course — the one where Henry storms across the street to confront Karen’s date-rapey neighbor. The neighbor sees Henry coming, tries to act tough, says, “What’re you looking at, Fucko?” Henry doesn’t say a thing. He just beats the guy to shit with his gun.

To me, Dances With Wolves is the neighbor — already a member of the club, smooth as can be, and, on first glance, just the kind of guy you want your daughter to go on a date with. But Goodfellas? Goodfellas is the motherfucking gun. And was, by a wide, wide margin, the best motion picture of 1990.

Survivor: Caramoan — Fans vs. Favorites Episode 1, 'She Annoys Me Greatly'