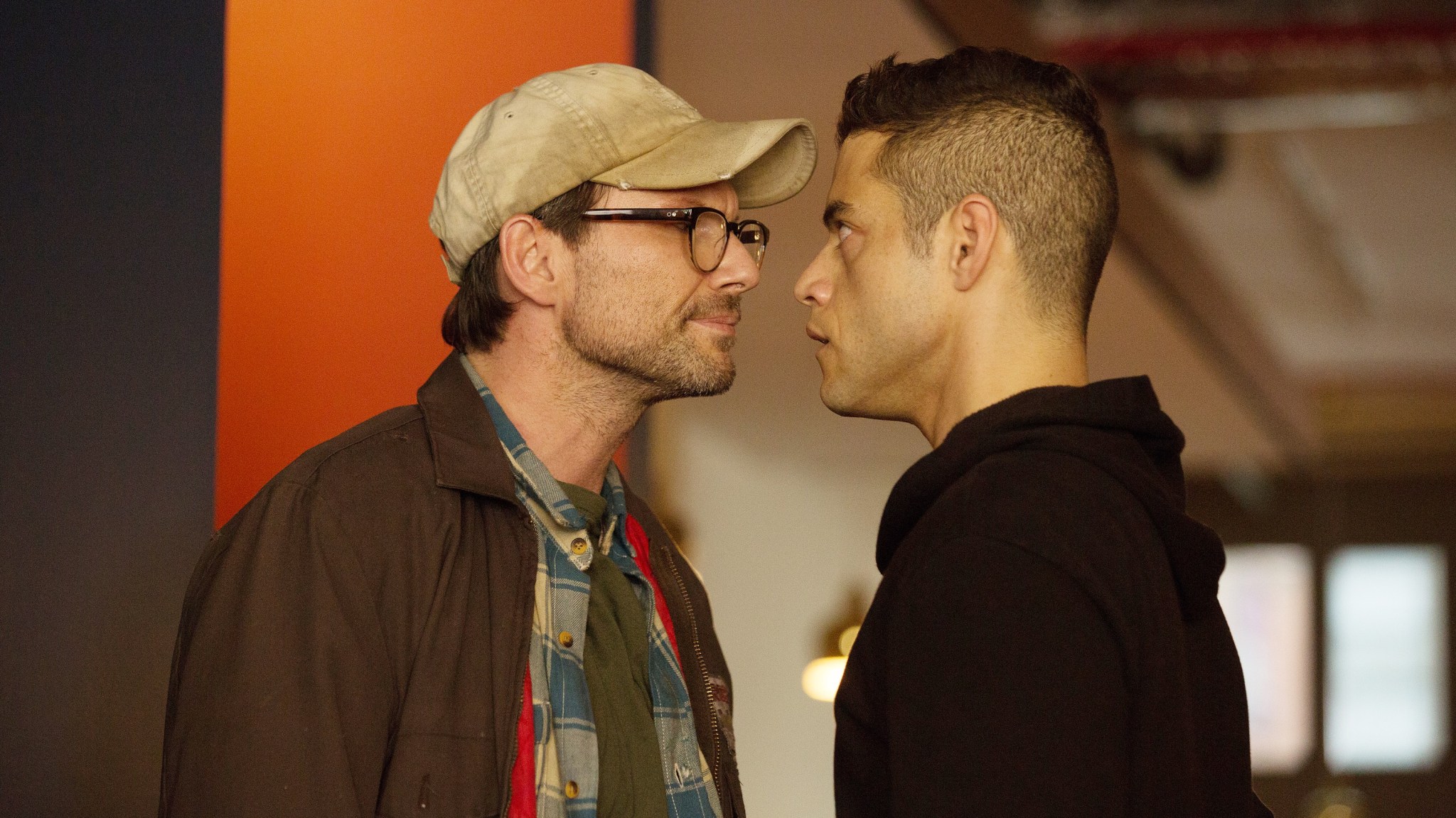 Mr. Robot, USA Network’s audacious foray into prestige TV, swiftly became the best show of the summer through a combination of twisty plots, stellar acting, and feature-film-level cinematography. It’s an idiosyncratic blend of nostalgic references, modern anxieties, and bizarre characters. In short, it’s our favorite new drama here at Grantland. Tonight is the final installment of the first season, so we asked some of our biggest Mr. Robot fanatics to answer some lingering questions.

Also, listen to a special Hollywood Prospectus Podcast looking back on all the beautiful madness of Season 1:

Will the fsociety Hack Actually Work?

Dave Schilling: This is the question that has been at the center of the season. It’s motivated the overarching plot and is the quest that keeps Elliot from completely unraveling. So, is it actually going to be successful? Can it be? The consequences of the world’s largest corporation collapsing in an instant would not be pleasant. The global economy is less like a neatly stacked pile and more like the messy wad of cables behind your TV — you pull the wrong one and it all shuts down. If the hack were to work, Mr. Robot would need to address that reality head-on, which would be a hell of a twist. I have a hard time believing that this show is going to mutate into a wrenching tragedy about the aftermath of the financial apocalypse — a Wall Street Walking Dead, if you will.1

The hack has to fail to put the show in a place where Season 2 is not a completely different show. Of course, Mr. Robot has swerved so many times that I can’t completely rule out a successful hack. But if I’m right, the question changes to focus on what would foil fsociety’s plan. The only variable in the equation is Tyrell Wellick, the enigmatic sociopath with a murky agenda. It seems logical that the one guy who wasn’t a part of the plan at the start will be the one to screw it up at the end. But I’ll leave that to my esteemed colleague Dan Fierman, who weighs in on the Swedish Sex Machine later on.

Will Angela Take the Job at EvilCorp?

Mark Lisanti: Of course Angela is going to take the job with EvilCorp. A stand-up guy like Terry Colby doesn’t make a special in-home recruitment visit, security detail in tow, if he’s not reasonably confident his offer is going to be accepted. He didn’t become the publicly disgraced CTO and fall guy of the world’s most powerful evil-business brand by not knowing the answer to an important question before he asks it.

But why is Angela going to accept a gig with the company responsible for her mother’s death? Because the fsociety hack is going to fail, and they’re going to need somebody on the inside to continue their mission in Season 2. What, you thought they were going to wipe out their Big Bad, all nice and tidy as their honeypot activates exactly according to plan, after just 10 episodes? There are writers’ room whiteboards to fill with an entire new season’s worth of story! We’re just getting started here. There are future servers to compromise, memory-blunting morphine doses to take, hoodies to pull tight over twitching, unreliable eyes.

Will the Finale Leave Room for Season 2 to Be Great?

Ben Lindbergh: Here’s the highest compliment I can pay Mr. Robot: The plot of tonight’s finale hardly matters to me. I’m hoping that Flipper finds a more dependable dog-walker, and that Gideon carves out more time to smell his scrambled eggs. I worry about Elliot’s microwave warranty, and I wonder whether Wellick will ever realize what a dab of bronzer around his Edward Scissorhands eyes could do for his climb up the corporate ladder. But I’m not dead set on seeing EvilCorp implode, or Colby get his comeuppance, or Elliot keep his backstory straight. I’ll enjoy the ride regardless. Only an all-time terrible finale could tarnish the show’s Hall of Fame first season, and nine episodes in, I don’t know what bad Mr. Robot would look like. I’m not even sure what good Mr. Robot will look like in any given week. That might be the best thing about it.

For all of its ambiguities, Mr. Robot doesn’t make me run to Reddit for a fix that the show can’t fit into 40-plus minutes. Even without gorging on Easter eggs and out-there theories, I’m so full after each episode that I need six days to digest. It’s less fun to speculate than it is to sit back and be buffeted by Elliot’s disintegrating psyche. Partly, it’s that there’s no need to sweat the specifics when we never know what’s real: This is a show whose drug-withdrawal episode was only slightly less tethered to reality than the rest of the season. But it’s mostly the confident design and unique narrative structure, which matter more than any particular plot twist. Mr. Robot has my unconditional attention, regardless of which characters and corporations it kills or lets live.

So tonight, the only question I hope Sam Esmail answers is, “Can you keep it up?” And for a few reasons, I trust Mr. Robot to avoid the fates of other fast starters and lay the foundation for an equally satisfying Season 2.

Dan Fierman: Breaking Bad had the ricin. Mr. Robot has the popcorn gun. Stolen by Darlene and ever-so-gently stashed into the vending machine in the fsociety’s Totally Implausible But Extremely Cool Coney Island Headquarters™, someone is clearly getting the wrong end of it — but who? And, more importantly, how?

The answer is obviously Tyrell. And he’ll obviously be done in by Elliot–as–Mr. Robot. Why? Put on your tinfoil hats. Here we go:

You see where I’m going with this. Tyrell hacked Elliot to help him get rid of Colby, except it backfired when the job went to someone else. And, like his namesake, he’s going to be offed by the monster he created at the end of the episode. He’s a great character and it’s too bad he won’t live, but then again, who does?

‘The Lambert Account’ Podcast: Claire L. Evans on ‘Show Me a Hero’ and the California Drought