Meet Your Childhood Bogeyman! Grimm Introduces America (and Its Terrified Children) to the Cucuy 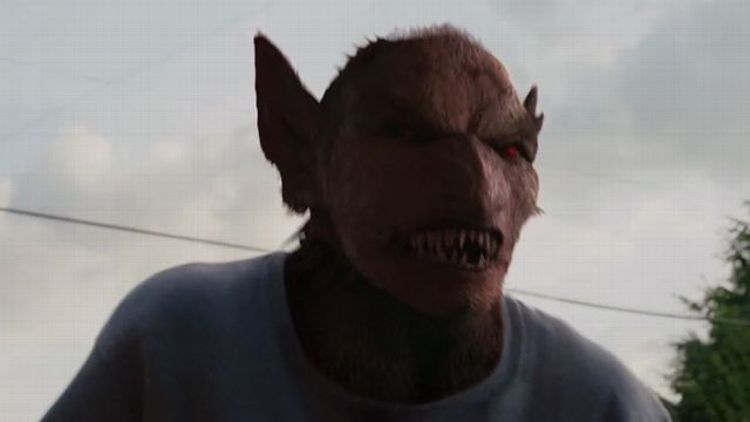 There is a television show that comes on Friday nights right now called Grimm. I can’t say with certainty what it is about, as I had never watched an episode until this most recent one, but mostly the plots seems to revolve around a policeman who captures criminals and monsters. The monsters are hidden inside of regular-looking humans, but this policeman, something called a “Grimm,” has the ability to see them. I don’t know. That might not be a perfect description, but no matter. I made sure to watch this one because they discussed a very serious, very real subject: the Cucuy.

The Cucuy, pronounced kuh-coo-ee, is, to be short, a Latino bogeyman. He is used as a parenting tool, a threat to lob at a child who is misbehaving. “If you don’t keep your room clean, the Cucuy’s gonna come get you,” is how it works. Nobody knows what the Cucuy looks like because nobody has ever survived his visit; he only ever eats you whole right then or carts you off to his hellhole to eat you later. In hindsight, this seems a bit of an overreaction on his part, him eating you because you didn’t make your bed or whatever, but I suppose that’s what makes him effective. My mom used to tell me all the time* that he was going to get me, and I was terrified into compliance. I say the same things to my own sons now and they are terrified into compliance, too. It’s an odd practice, I suppose, but it’s a part of our culture (and also funny to no end), so I’m happy to pass it on.

Despite having lived my life an arm’s length away from his grasp, the show represented the first time I’d ever gotten to look into the face of the Cucuy. Three quick things:

• Turns out, the Cucuy lives in a motel and watches television. That’s how the episode started. There was a long, scanning shot that went from a store robbery to a mom crying about her son getting roughed up in the robbery to a motel room with the news on and the Cucuy sitting in a chair watching it. It was funny, even though I’m pretty sure it was supposed to be ominous.

• The Cucuy looked way more like a cat than I was anticipating. It was a tad bit unsettling, but mostly it was just goofy. Like, he wasn’t a lion or anything like that; just a taller, thin, stupid cat. I can tell you this: If I had known that the only thing coming out of my closet to get me when I was bad as a little kid was a goddamn cat, I’d have shoplifted WAY more candy than I did. A cat. I’ll kick a cat right TF down the block, bro.

The most off thing, though:

In the show, the Cucuy didn’t go after kids. He went after criminals. It makes for easier television — it’s never fun to watch bad things happen to children — but it makes for worse fables. Here the Cucuy is cosmically tuned in to the suffering of South American mothers, and if there is enough sorrow in any particular area at any particular time caused by particularly rotten men, the Cucuy shows up and literally rips their throats out until they die. Friday night, he shredded the larynges of two convenience store stick-up men, a potential rapist, and a neighborhood drug dealer/dog fighter/criminal. The Cucuy was basically a Latino Superman, if Superman were way less of a wuss about clawing people to death.

The episode ended with the Cucuy killing an evil man right in front of the Grimm and then shape-shifting back into the old lady. The police pulled the woman into the station and started questioning her. She said they could do what they liked but she’d be leaving soon. They sighed and then agreed, what with her being the Cucuy and all.

I guess it wasn’t the worst way to spend an hour, but it definitely wasn’t the best, either.

The Cucuy is real.

*Other favorites of Mexican moms and Mexicans in general: La Llorona, a woman who threw her kids into the river and now wanders up and down the banks looking for them, and Lechuza, an owl that is also a witch. I swear to God I saw Lechuza once. That’s not a joke. That’s true and real.

Lady Gaga's Gagadoll Is Going to Revolutionize the Music Industry