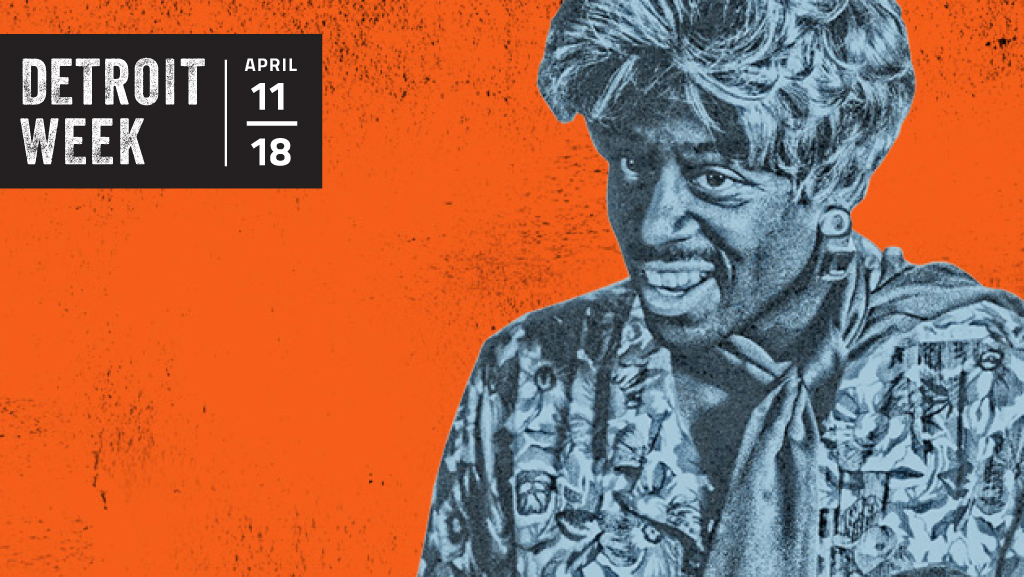 Martin, Gina, Cole, Tommy, Pam, Roscoe, Keylolo, Bonquisha, Otis, Dragonfly Jones, Angry Man, Buckwhite, Jerome, Mama Payne, Sheneneh — all residents of Detroit. And it seems fitting, knowing them and considering Detroit’s place in the landscape of American metropolises. But Martin, which aired from 1992 to 1997, was never a show about Detroit. Not even close. It’s not even a show specifically defined by Detroit. The plots almost never have anything to do with Detroit.

The show’s relationship with the city isn’t like The Cosby Show and Brooklyn. Or A Different World and the fictional Hillman College in real-life Virginia. Or The Fresh Prince of Bel-Air and Bel-Air. In Martin, Detroit is often invisible, a geographical vessel, if anything. Yes, there was an occasional Detroit Pistons plot (like the time Gina lost Martin’s tickets, unsuccessfully tried to get some from a pimp named Jerome — they were Pistons tickets from 1973 — and ultimately had to work in Sheneneh’s salon, where she forgot to use neutralizer for Myra’s perm and left her bald). 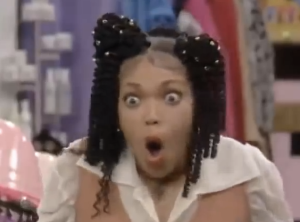 But city-specific aspects of the show were few and far between. And many of the Detroit hallmarks that did exist were fictional, most notably Martin’s radio station, WZUP, as well as the backdrop for many a scene, Bank of Detroit. 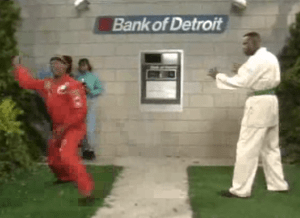 One of the few landmarks to actually prove — yes — that Martin took place in Detroit is the building Martin lived in, the place where the bulk of the show takes place. They’re the Garden Court Apartments — often featured in the opening shot after the credits — at 2900 East Jefferson Avenue. 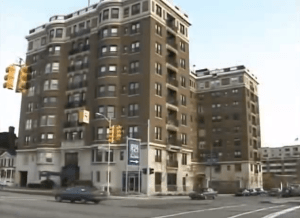 There are a few others, including the Wayne County Building, at 600 Randolph Street, which made a memorable appearance as the setting of the court case between Sheneneh and Tommy, in which Tommy defended himself and Sheneneh was represented by “Ronnie Cochran,” played by Mark Curry, who shared a box of Milk Duds with Cole during their cross-examination. 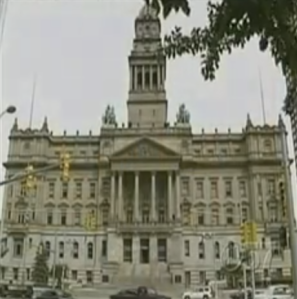 So, yes, the show was set in Detroit. And there were clues to prove as such. But again, it was a backdrop, not an essential part of the show.

Having acknowledged that, what should not go overlooked is that Martin would not be Martin if it were set anywhere else. Even while hiding in plain sight, the realities and myths of Detroit gave the show the ultimate gift, allowing it to separate itself from every other sitcom on television. Detroit’s like that crazy story from high school that you tell all your college friends. It’s based in some truth, but since there’s no one around to refute or verify the details of the story, it’s ripe for exaggeration. We’re forced to believe anything, because anything is possible.

That’s the real luxury that Martin had with Detroit. That the city was an enigma to a wide swath of the population. A place that can be constructed to appear as if there are no rules. If you hear from a friend that half the city is abandoned — a concept that doesn’t make much sense upon reflection — you may be willing to accept it. The same goes for the introduction of a character called Hustle Man (played by Tracy Morgan) who occasionally comes by Martin’s apartment, unsolicited, to sell things called “chickens on a stick” that are probably pigeons, but also occasionally shows up to record labels and plays “Pick Up the Pieces” on a kazoo duct-taped to a saxophone.

Again, why not? Of course it’s comedy, of course it’s absurd, but there’s also the small part of the equation where you think, That actually might be happening in Detroit right now. A show steeped in the ridiculous, like Martin, can theoretically take place anywhere. But it helps when we can let our imaginations run wild.

That’s only half of the story, though. Martin and Detroit were a perfect fit for another reason: The city is one of the blackest in America. And unlike New York or Los Angeles or Washington, D.C., there’s so much about Detroit that’s unknown to the wider world.

It’s challenging to make audiences go along with the idea of a man named Dragonfly Jones getting into a martial arts scuffle with an actual fighter at an ATM in the middle of the day in, say, Washington D.C. But Detroit — why not?

In the more than 20 years since Martin debuted, watching a black show focused on black characters in a black city must feel like fantasy for some. Science fiction, almost. Watching black people interact with other black people, fall in love with other black people, speak to other black people, use language and call back references comfortably to other black people. I imagine there’s a world in which the dialogue of Martin could feel like Tolkien’s Elvish. For others, it must remind them of everyday life. And because of this, a character like Leon Lonnie Love, a charismatically crooked pastor (played by David Alan Grier) can seem both amazingly fantastical to some and hit way too close to home for others. But everyone is entertained.

Characters like this were littered throughout Martin, many of which were played by Lawrence. Lawrence played up the ridiculous nature of who could exist in a sitcom, pushing the limits in large part because Detroit gave him such a long leash, without abandoning some of the archetypes of black life in predominately black cities.

Martin often gets lumped into one of three categories in the late-’80s and ’90s pantheon of successful black sitcoms: the family shows like The Fresh Prince of Bel-Air, The Cosby Show, and Family Matters; the friendship shows like A Different World and Living Single; and shows associated with the emergence of hip-hop, like In Living Color. They’re all true, between Martin and Gina’s relationship; the existence of Cole, Pam, and Tommy; and that one episode where the Notorious B.I.G. had to crash at Martin’s apartment. But none of those classifications fully get at the foundation of Martin.

Like Martin’s mother, Mama Payne. She hated Gina with every fiber of her being, and was responsible for her son being the ultimate mama’s boy. And, like most of the characters Martin played, she was always ready to fight (as seen below, after Gina accidentally killed Mama Payne’s parrot).

But through it all, amid all the amazing name-calling directed at Gina, she was secretly happy that anyone would love her son and much as she did.

Or someone like Bruh Man. He lived upstairs from Martin, on the fifth floor. And he didn’t know how to count. And he lacked the ability to walk through doors, which is why he always entered through the fire escape window. Never asking to enter, never asking to take food out of the fridge to make sammiches, never asking whether he should take his shoes off, never asking whether he could borrow Martin’s clothes and just doing it, never asking to do anything. And while this annoyed Martin to no end, after a while Martin began to accept it. Eventually, he even liked having Bruh Man over. On one occasion, he actually confided in Bruh Man, who wound up being a sort of idiot philosophical savant. And then they tried to go in together in the T-shirt-making business.

Easily missed among the gags and laughter, was that Martin was actually a weirdly beautiful show about a flawed, interconnected community. The characters: all absurd. But the reality was that none of them truly had it figured out, and quite often had to look in the most unlikely corners for help. And at some point, everyone needed help. Everyone constantly got on each other’s nerves, but everyone also kind of needed each other. Money, rides, food, hook-ups, relationships, a couch, clothes, jobs — anything, just to keeping making it in Detroit.

The Jayoncé Supertour Is Finally Nigh