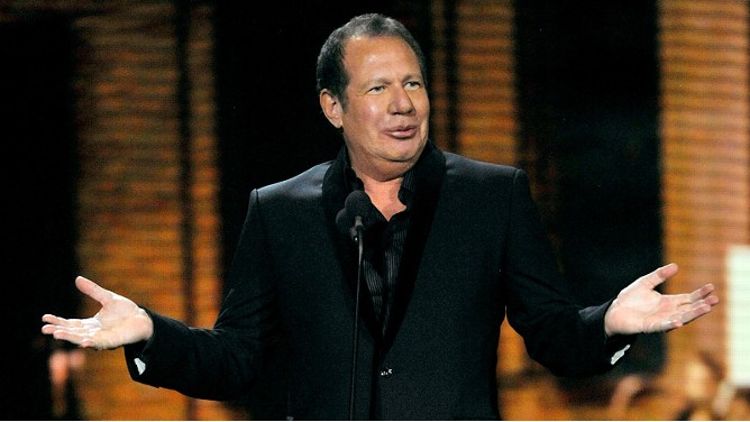 This week, at the former Silent Movie Theater on L.A.’s Fairfax Avenue, the Cinefamily film collective is hosting the First Annual Wayne Federman International Film Festival, three consecutive nights of some of the funniest people in comedy introducing their favorite films, including many little-seen comedy greats. On this, the opening night, an actual certified legend to comedy nerds everywhere, Garry Shandling, would be on hand to show Scorsese’s dark comedy masterpiece about talk shows and the stalkers who love them, The King of Comedy.

The festival’s curator and namesake, Wayne Federman, a comedian and actor himself, is perhaps Hollywood’s leading historian of comedy, a walking encyclopedia of lost movements and cliques. Before the show began, he told me that he wanted the festival to show another side to the nation’s great comics via the films they love. The King of Comedy screening was followed by the swinging ’60s London classic Darling, hosted by Margaret Cho. Tonight, Jeff Garlin will show Topsy-Turvy and Doug Benson will stage a talk-along evening with Cocktail. Saturday Andy Kindler will host a screening of Modern Romance and Kevin Pollack will show The In-Laws.

As the doors opened the crowd overflowed beyond the seats, setting up chairs in the aisles, and chatted boisterously, paying little to no respect for the clips on the screen of King of Comedy’s star Jerry Lewis lecturing a UCLA film school class, subtitled in French. Attention focused, however, when the screen cards began a game of Wayne Federman trivia, featuring brain teasers such as, “What organization’s national ad campaign featured Wayne Federman uttering the phrase ‘Not Exactly’?”  (Answer: Hertz Rent-a-Car). Federman, clearly overwhelmed by the turnout, took to the stage to start the proceedings, saying, “When I look around this theater I say to myself, there is no way this is up to code.”

Special guest Shandling emerged to riotous applause. Looking at the festival’s poster, which featured Federman’s nebbishy sillouette, and thinking about the Orthodox Jewish neighborhood in which the theater is located, he ventured the poster should read, “Slow down, there’s a Jew. If you’re going to have an international film festival on Fairfax, that should be the logo.” Introducing the film, he said that when he was pitching The Larry Sanders Show, he hadn’t been consciously aware of the effect The King of Comedy had had upon him, although, in retrospect, he feels its impact was clearly great. “I had it in my head, I wonder if you could shoot a talk show in a cinematic style, where it doesn’t have to be funny.”

Speaking of the film afterward, Shandling expounded more on how much the film had influenced Larry Sanders. “I was very interested in exploring the darkness of human behavior and what we go through in life without being forced to make it funny like a network sitcom. And somewhere in my mind’s eye I remembered about Scorsese and this movie and you see how he filmed a talk show.” Speaking of De Niro’s psychopathic, aspiring-comedian character and the monologue he performs on the film’s fictional talk show, Shandling said, “The jokes that he does were shit that an audience really wouldn’t buy, but Scorsese was ahead of the curve in understanding that a talk show has a lot of falseness in it, and it was before the audience was in on that falseness, so he could deliver that shit and become a star. And I think that was a meaningful choice. No one had an awareness of talk shows then.”

Shandling gamely took questions from the crowd for half an hour, finishing with his story of the one time he met Jerry Lewis, who plays the besieged, but relentlessly unlikable, talk show host in the film. Shandling recalled, “I met him once for 10 minutes and I asked him, ‘Are you really an asshole?’ And he looked at me and replied, ‘Only when I have to be.’”

No better lesson could be given to the young comedy nerds of today, and all left bigger and better people for their night at the First Annual Wayne Federman International Film Festival.