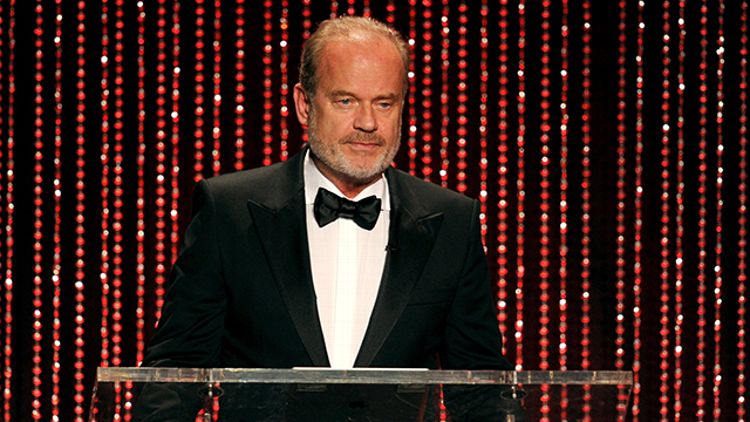 It’s inevitable, but it looks like TV actors with nostalgic main lines to our heartstrings are falling all over themselves to play ruthless badasses. If that oh-so-huggable dad from Malcolm in the Middle can make meth all cool and A-listy, why can’t everyone? Frasier certainly seems to hope so. After accepting the gig as lead villain in Transformers: Age of (Your Eardrums’) Extinction, Kelsey Grammer has been added to the 'roid-raging list of middle-aged action-hero man-jerky in The Expendables 3 as ex-mercenary Bonaparte. That’s right, no one better get between this bad mutha and his copy of How Green Was My Valley.

Of course, Grammer had already danced with the dark side in the short-lived, occasionally loved Starz series Boss, in which he brought the same over-weaning arrogance and barely concealed venom to Chicago politics as he did to prank callers on Frasier. (Funny how terminal diseases seem to unleash more and more homicidal megalomania these days.) So really, Grammer’s inner demon is no surprise to anyone who ever saw him berate Roz and Niles. And who can every really be against a beloved sitcom veteran going AWOL. But a mercenary? That’s more than just Walter White mimicry — it’s practically a coup attempt on Liam Neeson’s title of “thinking man’s ass-kicker.” What’s next, Taken 4 and Dos Equis commercials?

Well, Grammer better hit the human growth hormone pretty hard if he expects to keep up with a cast that has already added Wesley Snipes, Antonio Banderas, and Mel Gibson. And, oh yeah, Han Solo. Almost forgot. Granted, Bruce Willis won’t be there to tell everyone how bored he is making action movies and godless amounts of money — we totally get you Bruce; A Good Day to Die Hard bored the shit out of us too — but still, maybe it’s time for Grammer to pay a visit to Biogenesis. Otherwise, Grumpy Uncle Harrison will point him to death.

Sadly, this means Nicolas “the Rage” Cage will not be flaunting those wondrously beautiful crazy eyes with Sly and company. Oh, Nicolas … I guess we’ll just have to rely on your Miley Cyrus mash-up to haunt our nightmares.