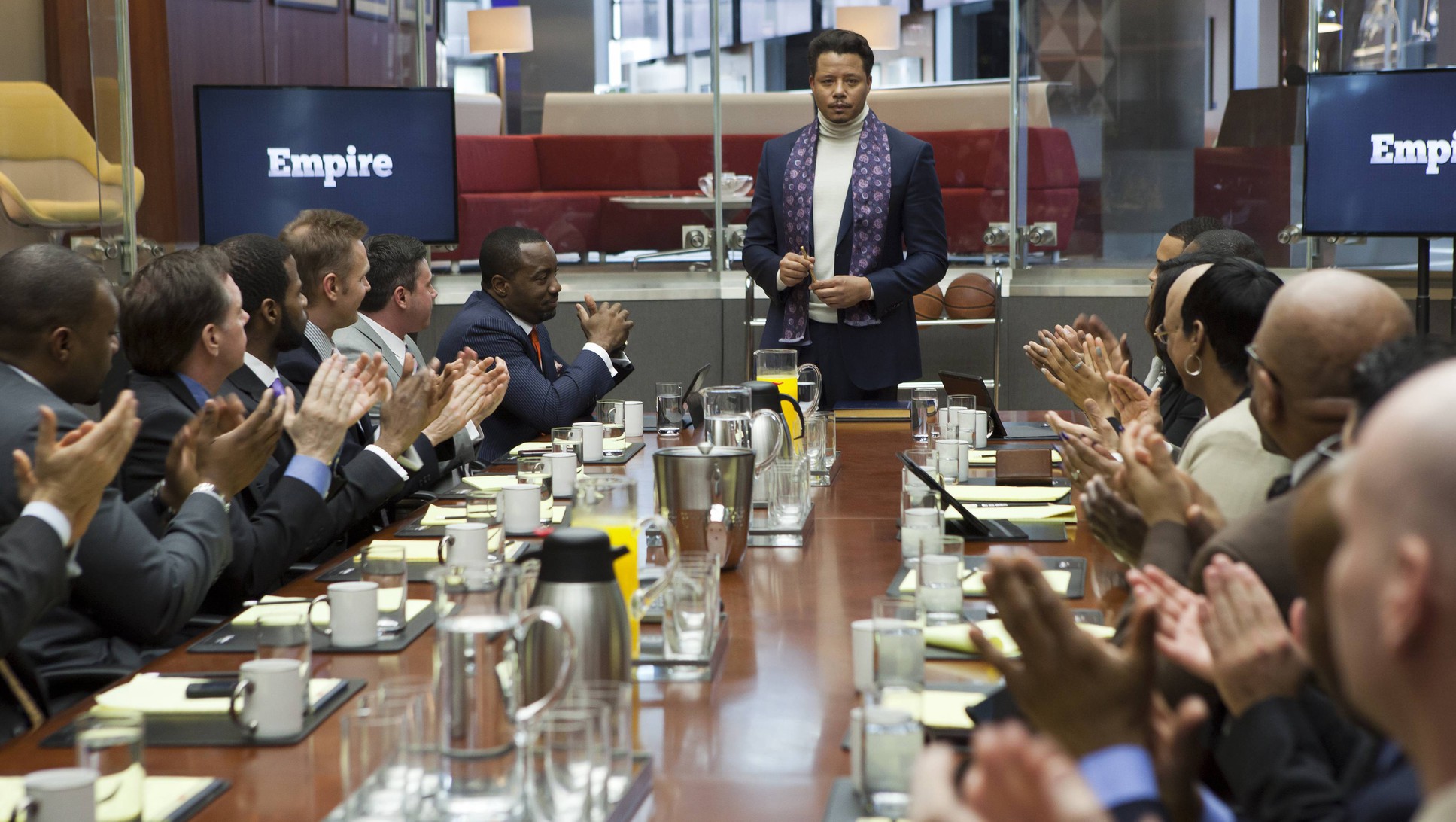 It is truly a golden age on television. Not necessarily for exceptional shows — though there are plenty of them — but for character names. These are the days of Rust Cohle and Lorne Malvo, of Maura Pfefferman and Jimmy Shive-Overly: names that serve as more than mere placeholders or honorifics. These are handles that contain entire universes, jiggling slabs of onomatopoeia that seem imbued with personality above and beyond what any humble actor could hope to tease out of them.

To that list add Lucious Lyon, a hip-hop impresario and the central character of Fox’s Empire, which premieres tonight at 9 p.m. ET. Just saying it out loud conjures up images of oiliness and power, of ferocity guarding a surprisingly soft core. In other words, the name Lucious Lyon conjures up images of Terrence Howard, a charismatic and beguiling actor whose erratic behavior saw him dip from Oscar nominee to Marvel outcast over the past decade. (A peek at Howard’s Wikipedia page, which is pockmarked with abuse allegations and bizarre claims,1 will send you even lower.) Now he’s back from career exile with a role worthy of his trademark menace.

From the moment Howard appears, sliding into a recording booth like a greedy fox into an unattended henhouse, his appetite is apparent — and infectious. His Lucious is a king who earned his throne the hard way, transforming himself from a low-level Philadelphia drug dealer to a multimillion-dollar magnate on the back of marginal talent and an extraordinary drive. Think Master P without the tank, Birdman without the tax liens. Lucious has amassed such power — “Tell Barack this is the last one,” he mutters to an associate early on about yet another fund-raiser request — that it’s immediately impossible to imagine him losing it. The irony that fuels the series, of course, is that Lucious is suddenly faced with the very real necessity of giving it all away. As we learn in tonight’s pilot, he’s been diagnosed with ALS, giving him just a few short years to successfully hand the reins of Empire Entertainment over to one of his three sons. Will it be Andre (Trai Byers), the MBA-flaunting smoothie? Will it be Jamal (Jussie Smollett), the gay singer/songwriter dubious of fame? Or will it be Hakeem (Bryshere Gray), the swagged-out MC?

Clearly the answer is Andre. An able steward, he steers the company to new highs, resulting in staggering profits and general familial bliss. Roll credits.

Psych. This is a soap opera! So obviously Lucious chooses to sit his sons down and give them the Omar-from–The Wire speech: The crown isn’t going to be given, it has to be taken. “Oh, we King Lear now?” Hakeem sneers, correctly. But the real source material of Empire isn’t nearly as old as Shakespeare. Though the show’s architecture is extremely of the moment (it’s the sort of big-ticket “event” show that got former Fox president Kevin Reilly a lot of attention before it cost him his job) and the sound is more or less au courant (Timbaland is a supervising producer), its true spiritual heir is Falcon Crest. Look past the involvement of executive producers Lee Daniels (Precious) and Danny Strong (Recount) and you’ll find the sort of lusty, scheming suds that fell out of network fashion around the same time as shoulder pads. The music cues Timbaland writes for Jamal and Hakeem are plenty plausible — Smollett in particular has a smooth, soulful tenor well suited to the material — but when it’s time for Lucious to stare off into the middle distance and contemplate a threat, Timbaland reaches straight for the cheese setting on an old Casio. 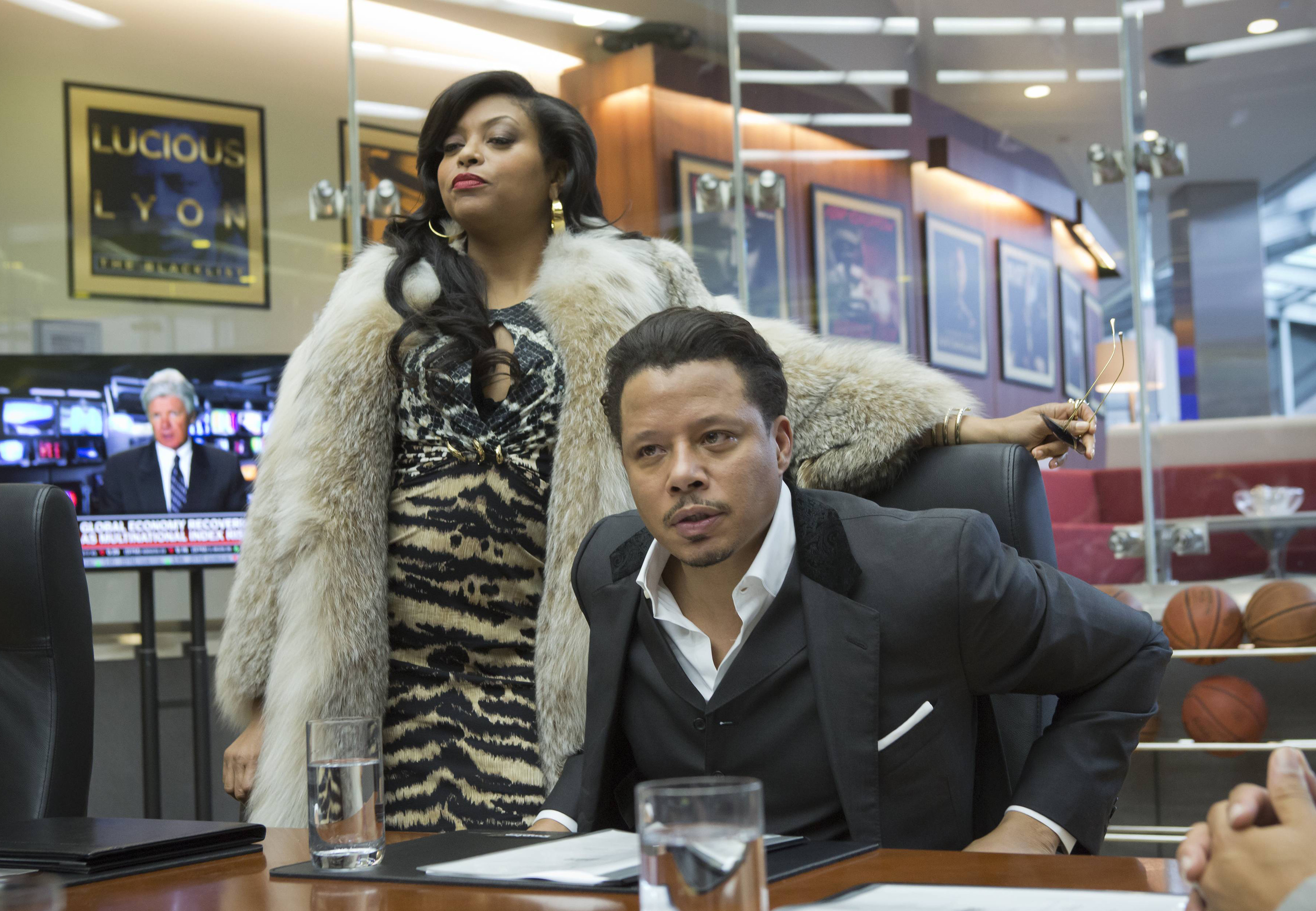 Don’t get me wrong: I’m actually a sucker for this stuff. Tense and tawdry, Empire is the rare network drama to know exactly what it is from the jump. (Its closest antecedent? The similarly soapy melodies of Nashville.) And just when the show begins to doze off into an overly familiar rhythm and blues, Taraji P. Henson busts into the narrative like the Kool-Aid Man. As Lucious’s ex, Henson brings her own bass and plenty of treble. When we first meet Cookie — resplendent in what appears to be a bespoke safari outfit topped with a Lil’ Kim coif — she’s being released after serving a long prison sentence. It was her sacrifice that bankrolled Empire’s success, and now she wants what’s coming to her.

And oh, does she deserve it! I wish there were a way to Kickstart a Taraji P. Henson guest appearance into every show on the air. She’s so ferociously alive that the atmosphere seems to crackle in her wake. (Even the icy-smooth Howard is forced to raise his internal temperature setting a few crucial degrees in her presence.) It’s a performance so strong and so deliciously louche — within moments of being furloughed she tells Jamal’s boyfriend to start tidying the house and beats Hakeem with a mop handle — that it seems to give the entire show permission to be better, deeper, and richer. Suddenly, Empire’s more interesting details snap into focus: the Kehinde Wiley oil paintings looming over the jumbo sacks of weed, the sneaky smart bits of racial commentary buried between the notes. (“We met at school,” Andre tells Cookie about his wife. “She’s brilliant.” His mother sneers: “Pretty white girls always are even when they ain’t.”) We’ve seen powerful families squabble on TV plenty of times before, but rarely African American ones. The fragility of the Lyons’ circumstances — despite the yacht, they all carry a bone-deep sense that it could vanish at any moment — adds an air of desperation missing from the flashy triumphalism of most soaps. When you’ve started from the bottom, there’s always a chance you’ll finish there too.

It’s Smollett who plays perhaps the most essential role as the gifted, conflicted Jamal. Best known as a Mighty Duck (and the brother of Friday Night Lights’s Jurnee Smollett), Smollett is compelling and credible as a young man smart enough to remember the spotlight’s harsh glare, not just its alluring warmth. Cookie’s fierce embrace of her son is legitimately moving, especially in contrast to his father’s cruel rejection (“a sissy can’t sell to the black community”), but even this is presented as a kind of emotional opportunism. For the Lyons, family isn’t everything, or even the only thing. It’s little more than a step stool, to be kept close for reasons that are far more practical than emotional.

I’ve only seen tonight’s premiere, so there’s no telling where this all will lead. (With Courtney Love and Naomi Campbell set to join the cast, there’s a good chance it’s headed straight to camp.) But for now I’m happy to tag along. Empire is the sort of big-swinging, bigger-swaggering series in which broadcast networks need to invest if they’re serious about surviving. Like the best kind of pop, it’s far from perfect. But it’s plenty loud.