13 Times Denzel Washington Has Dispensed a Special Brand of Justice 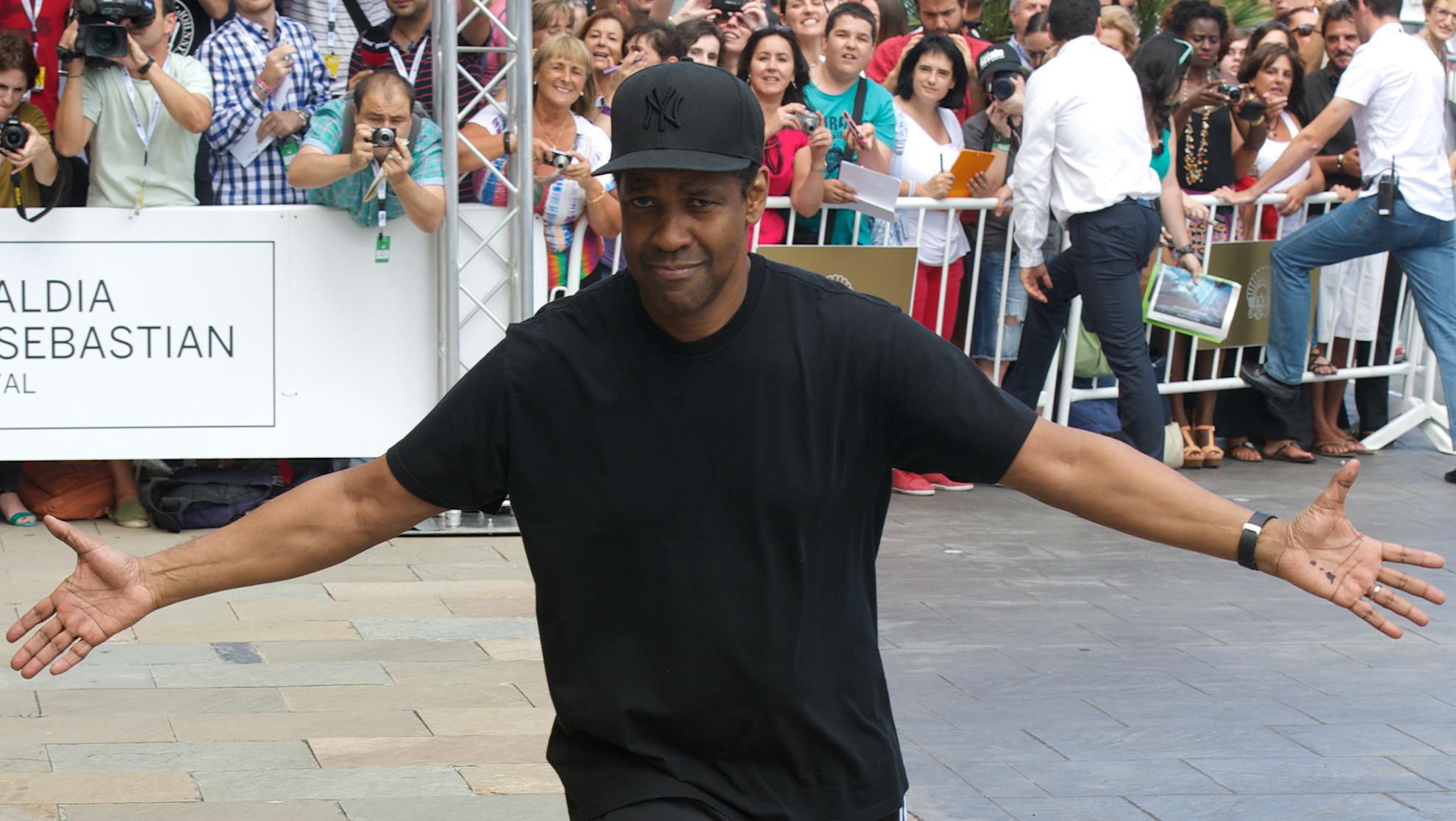 But it’s maybe a little more exciting than usual because of the following line, used on The Equalizer’s Wikipedia page to describe the movie: “Armed with hidden skills that allow him to serve vengeance against anyone who would brutalize the helpless, McCall [Denzel’s character] comes out of his self-imposed retirement and finds his desire for justice reawakened.”

Holdonasec because my whole body just exploded into a million tiny bits wow how am I even typing this.

No actor in Hollywood is better at serving justice, be it vengeance-based, “a special brand,” or otherwise, than Denzel Washington. He’s cooler than Samuel L. Jackson, he’s (somehow) more intimidating than The Rock, and he’s more believable than just about anybody who’s known for throwing punches or kicking things onscreen (such as basically everyone in The Expendables franchise).

Here is an attempt to identify (and celebrate) 13 types of special justice Denzel has dispensed in his movies.

The universe looked down onto Earth and said, “That plane right there,” pointing at the one Denzel was flying, “that plane needs to crash right now.” Denzel, drunk, responded, “Nope.” Gravity was like, “Don’t worry, Universe. I got this.” Then Denzel smirked, “Oh, for real? Why don’t you tell Isaac Newton to eat my shorts, Gravity?” And then he landed the plane goddamn upside down.

Safe House: Denzel Washington vs. Corruption in the Government

My greatest wish is that while Denzel was tearing the upper echelon of various government branches to ribbons, he’d have taken a bit of time to let Ryan Reynolds know it’s OK to move your face while you’re acting. I don’t understand how Reynolds can’t be a good actor for just one movie in a row.

The Book of Eli: Denzel Washington vs. Postapocalyptic Religion Pirate

Denzel plays a nomad who is carrying a Bible (possibly the last on earth) across the country. He kills lots of people who try to rob him (mostly of his Bible, but also of some other things). There’s one part where he cuts off a guy’s hand because the guy pushes him. When it happens, the guy looks at where his hand used to be, then asks, “Why’d you do that?” Then Denzel kills all of his friends. That’s in, like, the first 10 minutes. Oh, also, it turns out Denzel is blind. 10.0 movie.1

Denzel’s son needed a heart. The hospital wouldn’t give it to him because Denzel’s insurance didn’t cover it. Guess what? Denzel took everyone in a section of the hospital hostage and now his son has a heart.

Remember the Titans: Denzel Washington vs. Fun, an All-American, and Racism

Sorry, racism. There is no room for you here. There is only room for Denzel’s stern gaze and maybe also some of his teeth.

He Got Game: Denzel Washington vs. Lala’s Boyfriend on the Side

Denzel tries to talk to Ray Allen’s girlfriend, Lala. Her side-boyfriend comes running over. He gets in Denzel’s face. Then he gets his face busted open. Welcome to America, bro.

Denzel is a detective. He chases and captures a serial killer. The serial killer is executed. It turns out that the serial killer was possessed by a demon named Azazel that is trying to force the apocalypse to happen. Oh, great. Now Denzel is chasing a demon. That’s a little thing called going zero to 100 real quick.

Occult Justice: Attempted, but not actually dispensed. Denzel ends up killing himself trying to evaporate the demon, but the demon hides inside of a cat. 1998 was weird.

Virtuosity: Denzel Washington vs. Russell Crowe As the Internet As a Person (or Something)

I don’t know what TF was going on in this movie. All that I know is Denzel kills Crowe by punching into the back of his head and pulling out what’s supposed to be a supermicroprocessor or something:

We could use a little more Denzel Washington in this world.

Poor Rudy. He got his arms and legs pulled off here.

Kerry Washington Loves the Same ‘Game of Thrones’ That WE Love