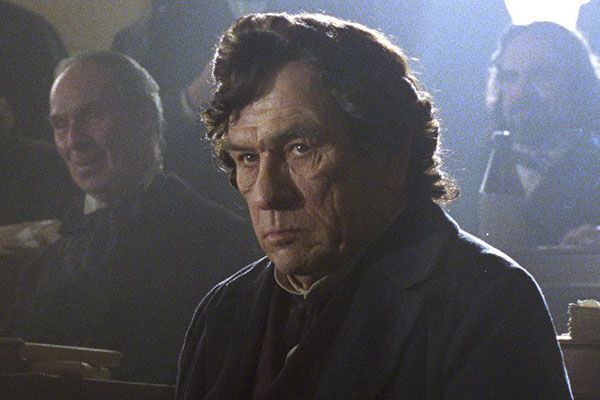 But all that’s neither here nor there, as the Gambling Gods have hooked us up — commemorating the halfway point between Super Bowl Sunday and the first weekend of March Madness by giving us interesting wager propositions on Oscar weekend.

Ben Affleck’s thriller will take top honors this Sunday. I like it to win not because the film does a tremendous job depicting American triumph over evil or because it masterfully finds comedic undertones in a real-life catastrophic event, but more because Vegas has it installed as 1/8. Those big favorites just don’t lose. Plus it doesn’t hurt that my Cousin Jimmy is banging the director on the side.

Similarly, you don’t have to worry about 1/300 favorites pulling up limp with sore hammies come Oscar Sunday. This one’s in the books. Daniel Day-Lewis is slightly overrated in this flick. Two and a half hours of getting screamed at with your head down only to come up for air every few minutes to say something slightly profound does not a Best Actor make. But again — 1/300 odds makes it an easy Oscar pool check-off.

I’m going with somewhat of an upset here. Something tells me the 85-year-old French actress gets the Academy’s sentimental vote. Or maybe they’ll give it to Chastain or Lawrence and on Monday just tell Riva she’s won. “That’s not a croissant, grandma — that’s your Oscar. Be careful carrying it to the mantle.”

Hard to believe Spielberg hasn’t won the award for Best Director this century. He is sooo 1900s. Not this weekend. Lincoln is set to go down as an American classic that will be played in classrooms for years to come. Congratulations, kids: You may now and forever be rid of Lord of the Flies.

Another runaway win. I didn’t see Les Mis, mostly because I hate anyone who says the words Les Mis. I’m solely basing this pick on the odds and on Hathaway’s costar’s entrance on The View seven years ago. Anyone who can act like they enjoy this guy in real life while on set for three months is deserving of an award. Bravo, Anne Hathaway!

By far the most hotly contested Oscar battle this year, this category sees a tight race between Tommy Lee Jones and Christoph Waltz. And yet TLJ is a lock only because my friend Adam Carolla has money riding on Waltz. I should tell the whole story: About two months ago, Carolla comes screaming up the steps one football Sunday asking me what the odds were for Christoph Waltz to win the Oscar. He was enthralled with Waltz mainly because Waltz had sent Carolla an e-mail apologizing for not being able to do his podcast or some bullshit. Anyway, it was enough to launch Carolla into a 20-minute rant (yes, only 20 — the rest of us engaged in the Seahawks/Cardinals 58-0 blowout got lucky) about how Christoph Waltz is the greatest actor of our time. I found out that Waltz was 15/1 and Carolla promptly placed a wager on him. Since then Waltz won the Golden Globe Award and has received heavy public backing to a point where he has now been bet down to a favorite in the category. In other words, Carolla stands to collect 15/1 odds on a bet he can’t get for even odds today. The key tidbit you need to know here is Adam Carolla is the most cursed gambler of all time. In the Patriots’ heyday, Adam managed to bet with them in the rare instances they lost and against them every single time they won. And it has continued from there. The last time he won a bet you could see some separation in his eyebrow. Congratulations go out to Tommy Lee Jones and the rest of the Lee Jones family.

Any time a man can make you fall in love with a tiger that jumped through your eyeballs into your cerebellum for two full 3-D hours, you MUST give that man an award.

The following may be fake …

7,500/1: Odds that during a red-carpet interview, Robert De Niro apologizes for not knowing anything about football

In Silver Linings Playbook, De Niro plays a local bookie and lifelong Eagles fan, and yet while trying to coax his son (Bradley Cooper) into watching the game with him he manages to utter these words: “Son, you gotta watch with me. This is a big game! If the Eagles win they get into the division!” WHAT?!?!?! The Eagles GET INTO the division. They might be trying to WIN the division or GET INTO the divisional playoffs, but rest assured that since the team’s inception, the Eagles have ALWAYS been in the division. As far as I’m concerned it would have been less bothersome if Daniel Day-Lewis played Lincoln while sporting a Mohawk. Go get your shine box, De Niro. Unacceptable!

60,000/1: Odds that Daniel Day-Lewis uses the N-word during his Best Actor in a Leading Role acceptance speech

Seriously, what would happen if he did? Let’s imagine for a second that Daniel Day-Lewis comes down with the worst case of Tourette’s the morning of the Academy Awards. Would they just airlift Sidney Poitier out there to snag the trophy from DDL’s grasp? Maybe the members of PricewaterhouseCoopers ironically shoot him in the temple with pellet guns? Or maybe they kill him by cutting away to a deathly intense Samuel L. Jackson stare-down? If anyone knows the backup plan, please let me know.

75/1: Odds that the orchestral “play-off” music for speeches that run too long is changed to a recording of “Gangnam Style” on a loop

I guarantee this is a more effective deterrent to long-winded thank-yous than hearing a barrage of violas. A teary-eyed Jennifer Lawrence will hurry things up in the hopes that the “heyyyy … sexy lady” line doesn’t interrupt her giving props to her Great-Aunt Gert, who is suffering from a brain tumor.

125/1: Odds that during her acceptance speech Anne Hathaway vomits on the audience

This totally gives new meaning to the term Wreck-It Ralph.

I’d say this isn’t happening, but after the Dame busted out the Macarena at the Golden Globes back in ’94 wearing Army fatigues, anything is possible.

175/1: Odds that Barbra Streisand suffers a nip slip while singing “The Way We Were” during the In Memoriam

If for some reason you hear the audience giggling over Ernest Borgnine’s melancholy pictures, you’ll know it happened.

85/1: Odds that the Academy scraps this year’s In Memoriam after realizing that Ernest Borgnine is the only recently deceased movie actor worth honoring

Is it me or was this a bad year for celebrity deaths? C’mon, help us out, Zsa Zsa. What the hell are you waiting for?!

What color straitjacket will Joaquin Phoenix wear to the Oscars?

7/1: Odds that on the way out of the ceremony Brad Pitt and Angelina Jolie formally adopt 9-year-old Best Actress nominee Quvenzhané Wallis

Brangelina could use a normally named kid in their stable.

I’m onboard so long as she does it in a terrifying and confusingly aggressive manner.

I’ll leave that one alone. Shame on you, Bodog.com!

500/1: Odds I was fired from my job working at a concession stand by the handsomely robust movie theater manager shown in my latest hidden-camera prank bit

Five Questions on American Idol: This Is for All the Awkward Turtles Out There