Bobcat Goldthwait on His Acclaimed and Affecting New Documentary, ‘Call Me Lucky’ 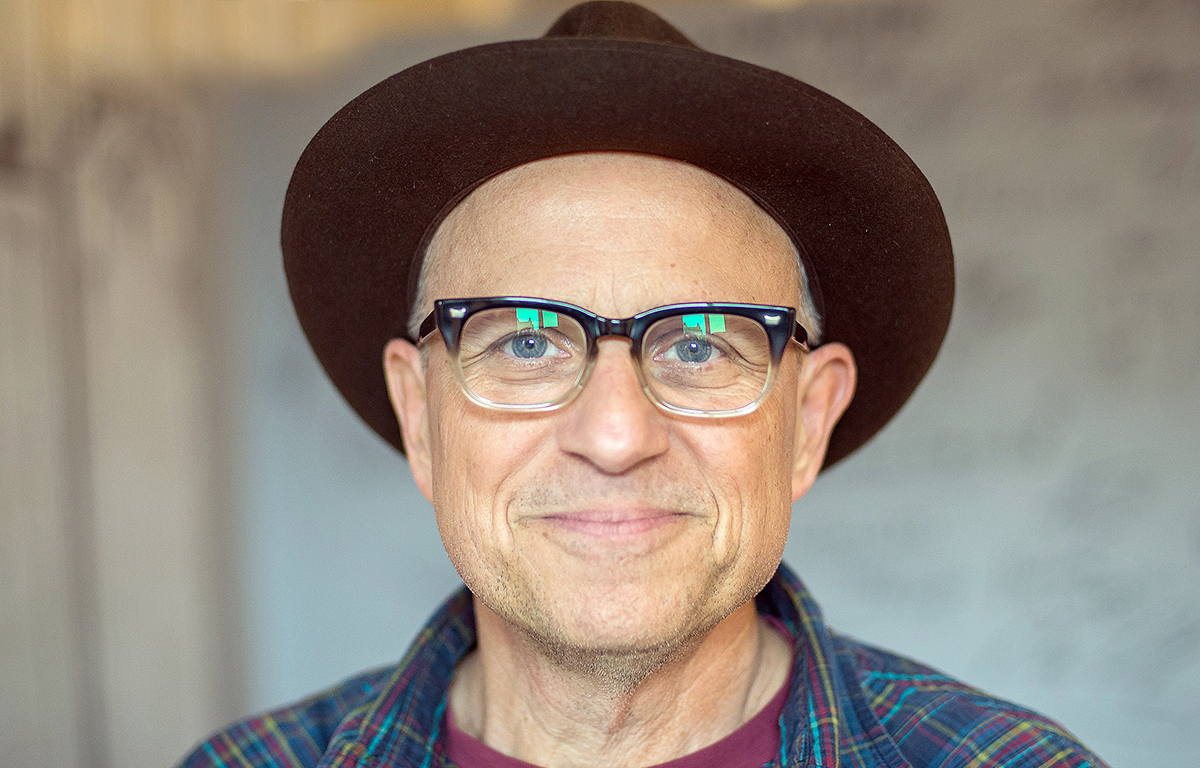 When Bobcat Goldthwait — subversive comedian, uncompromising film director, and former pillar of the Police Academy franchise — phoned while driving to work earlier this week, he appeared to be at peace. For the perpetually aggrieved Goldthwait, “peace” is a relative term, but given that his new documentary, Call Me Lucky, has garnered rave reviews and promises to be his most accessible directorial effort to date, the demons that normally drive him were held temporarily at bay.

“Never been more fulfilled,” Goldthwait, 53, said, careful to distinguish between “fulfilled” and “happy.”

“Happy is a day-to-day thing,” he added. “Some days I’m happy, some not. I’ve just come out of one of the toughest patches of my life. It was bumpy for a few years.”

Those bumps include a recent divorce and the death of his good friend Robin Williams. Goldthwait’s mood further darkened while working on Call Me Lucky, which tells the unlikely story of Barry Crimmins, a firebrand stand-up comic who played a pivotal role in starting the Boston comedy scene in the ’70s and ’80s, and then pivoted to a career as an anti-child-pornography activist, eventually testifying before Congress in 1995 about AOL’s facilitation of pedophilia in its chat rooms.

Goldthwait met Crimmins when he was a teenager in upstate New York, where Crimmins was the local comedy star. Goldthwait later followed Crimmins up to Boston, where promising comics were gathering at a local Chinese restaurant turned comedy club, the Ding Ho, under Crimmins’s tough-but-tender tutelage.

Early on, Crimmins cut an intimidating figure as a loud, abrasive, politically minded comic. (One friend describes Crimmins as a “cross between Noam Chomsky and Bluto.”) Then, one night onstage, [SPOILER ALERT] Crimmins told the story of having been molested repeatedly as a child, describing how his attacker would press his head so hard into the couch cushions that it caused him to suffocate to the point of passing out, nearly killing him numerous times.

How Crimmins recovers from that trauma is the source of Lucky’s pained but ultimately uplifting emotional power. While the subject matter is bruising, it fits with Goldthwait’s other films, which have addressed taboo topics such as suicide in World’s Greatest Dad, bestiality in Sleeping Dogs Lie, and vigilante murder in God Bless America with pitch-black wit and clear-eyed empathy.1

When Goldthwait phoned, he was off to the set of Those Who Can’t, a new series featuring comedy troupe the Grawlix. Goldthwait is directing two episodes, though he has film projects in the pipeline that he claims are more lighthearted than Call Me Lucky. (The film debuts today on VOD after a theatrical run in select cities.)

“There’s a couple movies that I want to make — I’ll get back to something that’s not so intense,” he said.

Call Me Lucky is certainly intense, but in a lot of ways I feel like it’s your most hopeful film. There’s always an undercurrent of humanity in your work, but this is the first movie you’ve directed that I would describe as uplifting.

Well, I think this movie is definitely — uplifting, yeah, I guess it is. It’s about how, despite everything, people can survive, and not just survive but go on and change their lives and other people’s lives. But it is probably some of the darkest subject matter you could deal with in an uplifting movie. I don’t know why I get weird about the idea of “uplifting,” because I’ve described it as a life-affirming picture.

Judging by your other films, I can see why that word would make you recoil.

No, no, I think I was just trying to process it, because I do see it as an uplifting movie, but it seems to really have an impact on people emotionally. Barry and I go to a lot of screenings, and a lot of people come up to us and disclose about their abuse — some of them are actually disclosing for the first time. It’s been pretty intense. 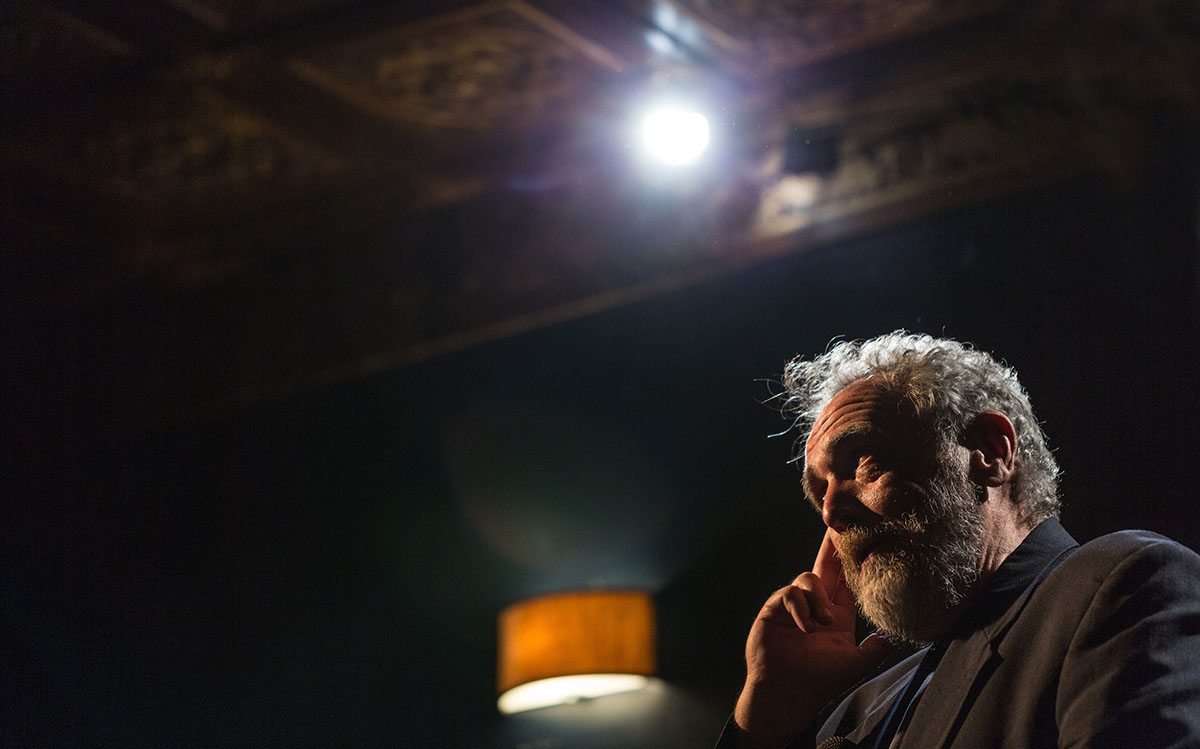 You originally planned to do Call Me Lucky as a scripted film, and then Robin Williams suggested that you make it as a documentary, and even put up some of the financing. But what was your initial vision of the movie before you decided to make it a documentary?

Well, structurally it wasn’t much different. I was going to establish him as a comic, maybe not as respected, but [someone] people were afraid of. And then you would see his comedy a little bit, and then it was going to be the night he disclosed [his abuse] onstage. So most of the movie was going to be about him coming to the other side. It’s kind of a lot like this movie.

Most of the reviews have been very favorable, but sometimes people will have a problem with the structure where I don’t start with [the abuse]. But I felt that I wanted the audience to have the same relationship that myself and everyone else who knew Barry had before they found out about his past. I think the cornier way to make this movie would’ve been to do the 48 Hours TV-show version where it starts with, “Raped at four!”

Was part of the motivation to fictionalize this story driven by a desire to not make Barry talk about this?

Yeah, that’s exactly why. Then I heard him on [Marc] Maron’s podcast, [and] I heard him on Dana Gould’s podcast. He was talking about it on a public level where I felt it wouldn’t have necessarily been a shock.

There’s been a surge of interest in the history of comedy, to the point where there’s probably a bigger audience for a documentary like this than there would’ve been 10 years ago. Why do you think that is?

I don’t know. There’s this whole sports radio kind of mentality around comedy now where people obsess, talk about it — and I’m really jaded. I think it ruins comedy. It’s like sitting around and talking about love all day. I’d rather be in love or fucking than talking about it.

I mean, really, I can’t tell you how much I hate it. I try to avoid it, I have nothing to do with it. When you take comedy serious, not only do you ruin comedy, you make yourself look like an asshole.

But isn’t the upside that people are more likely to care about someone like Barry Crimmins?

Well, I would’ve told Barry’s story if he were a sheet metal worker like my dad. I wanted to put him in perspective, historically, and I wanted people to know who he is, his life and stuff. But I hate nostalgia, and there’s too many people talking about [the past]. I’ve always knocked podcasts —I listen to some of them, but there’s a real danger when you’re on a podcast of turning your life into a reality show. And I would rather, as a performer, that people come out to my show because they think I’m funny, not because they’re just familiar with me. I’m not very good at branding. There’s no rhyme or reason —I just try to just do what I want. I’m not thinking about who’s going to necessarily like me.

It’s not just that you’re not good at branding. You seem actively opposed to it, even downright disgusted.

Yeah, and I will say this: I was branded. I was famous, but the thing was, no one could believe that I wasn’t happy about that. I’m so happy now — I shouldn’t say happy. I’m fulfilled. There’s not a lot of emphasis on being fulfilled in American culture. It seems to me the ultimate goal is to have this amazing party all the time.

There’s so much talk now in the movie business about how these huge franchises are swallowing everything up and it’s becoming more and more difficult for smaller films to get a foothold. Do you feel like it’s harder now to get your movies made?

No. I think if you make small movies, it’s a good time. That said, I do other things to pay my rent — I don’t make my living off my movies. I make a living so I can make movies. So that might be frustrating for people, if you’re a filmmaker trying to get started.

The common thread in your movies seems to be this empathy for people and situations that most filmmakers would rather avoid. What draws you to that?

I think it has to do with how I see things. Because just like Barry, I do have hope for people. The nature of the movies [I’m] making is taking two genres and smashing them together. Even with this movie, you think you’re going to watch a documentary about a comic and it’s really about something else.

Songs of the Week: Artists to Watch at FYF Now That Frank Ocean Isn't Performing