The Battle for the Best ‘SNL’ Cast Member, Day 3 Results: A Bracket Living in a Van Down by the River 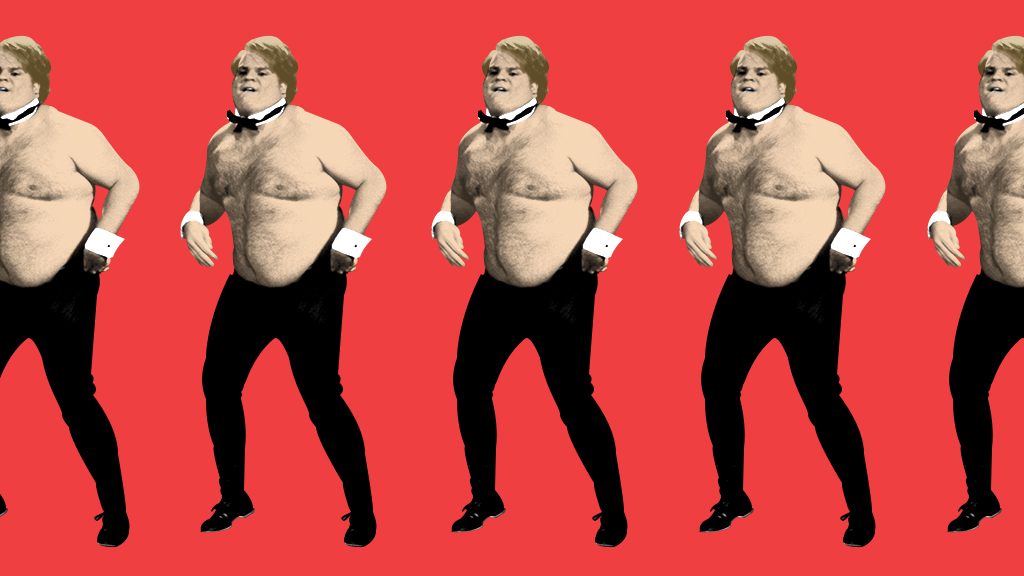 OK, let’s get the obvious out of the way first. The upsets keep on not coming!

Technically, Murray, Fey, and Hader were lower seeds. But their victories seemed preordained. Perhaps it’s a little surprising that Poehler and Samberg didn’t make it closer; Belushi put up a good fight, but being dead for 32 years has its disadvantages. Belushi is fixed in time as an untouchable legend, but Murray might still invite himself into your living room someday. He is present and relevant for viewers who didn’t watch the original Saturday Night Live in ways Belushi can’t compete with. Murray wasn’t going to be denied.

While I’m not surprised that Will Ferrell handily beat the host of The Tonight Show, I am shocked that it happened by almost 27,000 votes. Running up the score like that is just bad sportsmanship. Look, do we really still want to continue the charade of other cast members “challenging” Ferrell? I’m just going to assume that he faces off against the winner of the next round’s most compelling clash, Eddie Murphy vs. Bill Murray, in the finals.

There’s just one matchup that warrants further analysis from Day 3:

Because of how this tournament is structured (with four decades divided into corresponding brackets), the inherent generational tensions that come into play when arguing about Saturday Night Live cast members has until now been neutralized. Aykroyd gets measured against Chase, Hartman against Lovitz, Oteri against Gasteyer, Armisen against Sudeikis — otherwise the biases that compel us to prefer the comfortably familiar fixtures of childhood over the historically iconic would screw everything up. But Carvey vs. Farley exposes a micro-fissure in the ’86-’94 bracket, between the Carvey-Hartman-Lovitz-Myers and the Sandler-Farley-Rock-Spade casts. This schism existed among the actors as well as viewers; in spite of the overlap in eras, they still feel separate when the casts are judged in retrospect. I started watching SNL in the late ’80s, and Carvey was my first favorite cast member. Farley is great, too, but I reflexively scoffed at Carvey — a comedy android who mass-produced recurring characters like no one else in his time — losing to a lovable lug who never quite realized his potential.

On paper, I think Carvey is clearly the stronger, more versatile SNL cast member. But I get why Farley won, and why he’s advancing even as his role model — Belushi — isn’t. I lived in a series of dorm rooms and shitty apartments in the late ’90s, which is to say I’ve seen Tommy Boy at least 20 times. Farley and I also share a home state, and as a native Wisconsinite, it’s fair to say that I’ve known my share of rotund, big-hearted sad clowns. More than any character he played — and Matt Foley is one of the best SNL characters of the ’90s — Farley is most adored for the sweaty, excitable, and transparently vulnerable persona commonly recognized as “Chris Farley.” Even before he died, Farley had a quiet melancholy embedded in the outrageousness that made viewers feel protective. Farley was the antithesis of Hartman — characters disappeared into him. Compared to Farley, Carvey seems like an old-fashioned show-business guy: solidly professional but kind of unknowable. Farley is the pal you lost touch with and hope against hope is still out there, doing all right.

In the last recap, Emily Yoshida theorized that “personality gets you far, but a memorable arsenal of characters is what secures your SNL legacy.” I think that will ring true in the next round when Farley faces Hartman, though I’m less sure of that now than I was 24 hours ago.

Everything We Learned from Fox’s 22-Minute ‘Gotham’ Preview