Apps of the Month: Smell-O-Vision for Your Phone, Fractals for Your Eyes, Fuel for Your Body 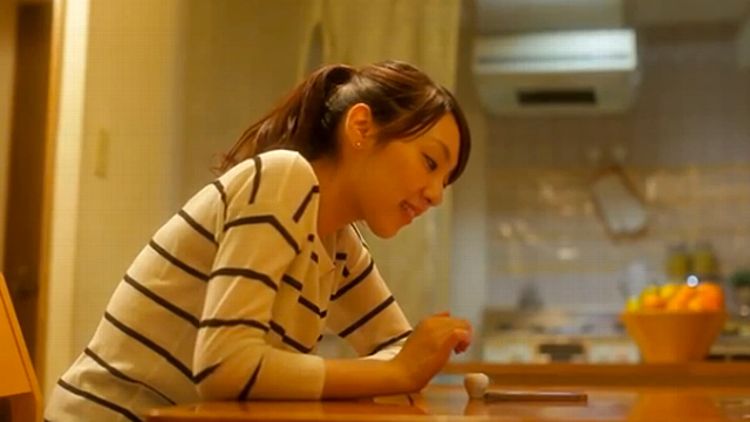 Welcome to the first edition of Grantland’s apps roundup. Starting right this minute, we’ll be showcasing some of our picks from the past month or so. (Because this is our first, I’ve cheated a bit and extended this month’s deadline into the future and back to the past, but that’s just because I’m really jonesing for 2017’s time-traveling feature for iPhone 8H. See you in 1985, suckers!) In this edition: a phone accessory that spews smells, a create-your-own fractals tool, an excuse to hit your phone, and one of those exercise monitors that you seem to love so dearly. Let’s roll.

Is this an app? Is it an accessory? Or is it an automatic air freshener that plugs into your iPhone or Android and releases the aroma of cinnamon buns or curry (really? Curry?) when you get a text? Actually, it’s all three: Scentee, which hails from Japan, consists of a round device you plug into your phone’s earphone jack (about $37), scent cartridges (just over $5 each) and an array of apps that synchronize your handheld perfumery with your Facebook and email accounts. Finally, the thing we’ve always needed: a whiff of ylang-ylang when someone likes your profile photo. I’m so glad someone’s on top of this.

When you think about it, though, the ability to sync your phone’s alarm clock with the smell of coffee is a nifty trick, even if it’s also a cruel joke because you’re waking up to a cup of brew that doesn’t actually exist. Scentee is the beginning of a great idea, one that probably has a ways to go before it will reach its full potential. Smell-O-Vision is an older concept than you might think, and possibly a more harmonious and benign one than individualized scent-delivery systems. There are potential problems to be fielded, like what happens when a curry-phone, a corn-soup-phone, a coffee-phone, and a jasmine-phone get stuck in a stalled elevator, or when a neighbor’s “Nose Barbeque” app intrudes on your fragile hangover breakfast of coffee and toast with the unctuous smell of beef tongue. It could all go so wrong, like mashing together a food court and the section of a department store where you get assaulted by frenzied perfume-spritzers. But it could also go so right: You can be your own traveling Shania Twain concert! Imagine that! Plus there’s the fact that this innovation pushes us one step closer to tasting via app, which I would endorse along with Willy Wonka 3.0.

Scentee will be available on Amazon Japan on November 15. You can kill the time between now and then watching Scentee’s dramatic commercial, trying to figure out what this couple’s competing ambitions have to do with smelly phones and why they don’t seem to own a bed.

I’m taking some temporal liberties here by including Frax, a fractal generator that was released early last month, but as you may remember, I have a thing for fractals. Fractals are complex, repeating patterns; they occur in nature (snowflakes, Romanesco broccoli), or you can make them by breaking an image into infinitely smaller pieces, which results in some crazy art.

Does this sound like math? Well, it is math, but Frax isn’t out to give you anxiety flashbacks to ninth-grade geometry. The app provides you with a fractal library to fiddle with, adjusting textures and colors to your liking. This will be the second time I mention the iTunes visualizer this week, but it bears mentioning that this is a fun tool to mess around with if you’ve ever thought you could do better. You can share the images if you’re so inclined, or print your creations to plaster all over your stoner cave.

Who can have it and does it cost cash money? Frax is available for $1.99 and works with iPhone, iPad, and iPod touch, though you’ll have to shell out a little more for the HD version if you want it on your tablet.

Knock, which launched yesterday, is an app that allows you to unlock your computer by knocking (yes, with your fist) on your phone instead of entering your password. Knock attempts to remedy the password problem, because nobody likes passwords, by suggesting you hit something expensive instead. That sounds OK, but its usefulness is sort of mystifying: Yes, it’s a low-power app that won’t drain your phone, and yes, it means you won’t have to get up from the sofa and walk to your computer when you want it to recognize you as yourself, but if you’re truly that lazy — and I would not judge you for being lazy, because who doesn’t want to keep sitting down when they can? — wouldn’t you be too lazy to lock your computer in the first place? On the plus side, the developers have plans to evolve Knock into something that would allow you to remotely unlock a website that requires a password, or the door to your house. It has a lot of promise, and along with its competitors could mean the end of having to scramble your password for the zillionth time when you forget your old one.

Who can have it and does it cost cash money? Knock comes in two parts, one for your Mac (free) and one for your iPhone ($3.99). It works on iPhone 4S and newer, and has very specific Mac requirements, so please check those out before you download it (your computer must be equipped with Bluetooth 4.0).

OK, Frax was for me, but this one is for you. Yes, you. The one who exercises and likes to keep track of that. You are not me, but I respect your lifestyle. Nike+ Move uses the iPhone 5’s motion-tracking chip, the M7 coprocessor, which means you don’t have to wear a Fuelband if you don’t feel like it. Your movements are converted to NikeFuel, a “universal unit for measuring all kinds of activities” that doesn’t discriminate based on your age, weight, or gender. What does this mean? I don’t know. It all makes me feel very existential — are you walking if you’re not monitoring it? Can you claim to have exercised if you did it outside of the matrix? — but if you’re motivated by the idea of “win[ning] the day” by beating your personal exercise record and examining when and where you move your body the most, now you can do so without wearing any gear (though you can certainly buy the Fuelband SE, which goes on sale today). You can also challenge your friends to see who’s exercised the most, and then mock them publicly if you feel like it.

Who can have it and does it cost cash money? Those with the will to care (the app is free), and an iPhone 5S.

Q&A: Producer Jeff Bass on Discovering Young Eminem: 'He Was Sitting on the Toilet, and He Came Up With the Alter Ego'

Afternoon Links: SNL’s Wes Anderson Parody Was Quite the Gambit